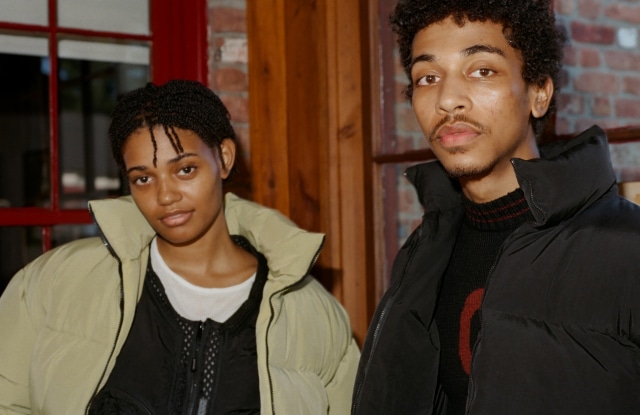 Sitting in his Bushwick, Brooklyn, apartment during quarantine and watching the coronavirus and Black Lives Matter’s widespread mobilization unfold was impetus enough for Connor McKnight to enter the arena. Today the designer, formerly of Bode and Kith, launches his namesake brand — offering the kind of polished, comfortable wardrobe staples that, strangely enough, are hard to find.

His line of elevated no-brainers are made with both self-identifying men and women in mind — playing to the kind of agender, cool style that’s again become popular in New York creative circles. Pleated slacks, performance outerwear, louche suiting and hand-knit separates will range on average from $350 to $2,000, with some small accessories starting at $65.

McKnight arrives on the scene at a moment when his brand of minimalism feels apropos. Following a cycle of fast fashion, overproduction, and flashy trends spawned on social media, fashion seems ready to pare down.

“From a refinement and perspective of day-to-day wear, I really like buying things and owning them for years; having things that will age with time and that I don’t have to replace,” McKnight said of his brand ideology. “You want something in your closet that you know what you’re getting when you put it on and I have been really starved for that [kind of fashion].”

McKnight’s version of minimalism is sleek without being too precious and is laced with sentimentality — taking colors from the original Ben’s Chili Bowl in Washington, D.C., which his grandfather designed, as well as a familial midcentury home. But these references are melded with modern techniques — laser-printed stripes, technical fabrics and performance down fill. McKnight aims for his clothes to serve prescribed functions — offering warmth and a freedom of movement. Some can even double as outdoorsy apparel — worn hiking and fishing, which are hobbies that the designer dabbles in on family vacations. His clothes are made for urban dwellers on the move, just like McKnight.

It makes sense that McKnight, as introverted and soft-spoken as he is, would make clothes that are best seen in person. Their value comes in small, thoughtful details like hand knits with alternating stitches and safari jackets with adjustable tie waists. Most designs come inlaid with silicone branding tabs — a subtle nod to streetwear’s logo calling cards.

Nine months ago, McKnight hadn’t seriously weighed the idea of launching a full-fledged brand. In recent years he had made what are now components of his inaugural collection — like a full-length puffer coat, a cropped utility vest and deep-pleated slacks — as one-off projects for friends, satisfying his own creative inclinations while entrenched in long hours as Bode’s head of production.

When coronavirus lockdowns were first imposed, McKnight found himself isolated in his apartment, his sewing machine near the foot of his bed. He revisited some of those one-off experiments and began to put a collection together — all as the world outside seemed, in many ways, to be unraveling. Still, McKnight says he felt conviction to push forward.

“As the Black Lives Matter movement sparked I began taking my ideas more seriously because, as a BlPOC, I felt like this was one way that I could contribute to the advancement of our community,” said McKnight. “In recent years while I was still seeking job opportunities, I often felt frustrated by not having many options to work for or with other BIPOC designers and creative directors. This has always been strange because of how much influence our culture has on culture as a whole.”

McKnight found himself in the sample development stage when most New York factories remained closed to curb the spread of COVID-19, and thus, he sewed many of the styles himself. A patchwork cognac leather coat proved to be the one piece that most tested his sanity.

It’s rare, however, for a designer to have such a close connection to their collection — knowing every stitch and hem with intimate detail. For McKnight, this was an unexpected luxury. “Reconnecting with my work has been one of the silver linings that quarantine provided. I love the process of making a garment from start to finish because from the inception of an idea to cut and sew, so many things happen that contribute to the final product,” he said of the construction phase, when his apartment became an all-night workroom.

Despite sleepless nights, McKnight felt an opportunity in crafting a new kind of luxe wardrobe — one that speaks to his own predilections of fashion, as well as those of his friends. While fashion may jump at the opportunity to label his line “gender neutral,” he would prefer to avoid terms that he feels the industry has co-opted as part of its marketing machine.

“I’m very intrigued by uniform dressing and I’ve been dissatisfied by my options I feel that are in the market for gender neutral clothing. I felt like I could shed light on another perspective in the process of joining the conversation. When I get dressed on a daily basis, I’m putting on things that I feel represent so many aspects of my life and I would hate to feel like I’m alienating anybody on the basis of identifying specifically as men’s or women. I’m happy to make people feel like the best version of themselves. At the end of the day it’s just clothes — so that’s what we’ll call it. No need to categorize,” said McKnight.

McKnight’s experience helping churn Kith’s hype machine, as well as scaling production for a luxury start-up at Bode helped him strategize his own business, which he hopes will be a primarily direct-to-consumer endeavor — taking on wholesale partners only for international growth and brand exposure.

The brand launches today, exclusively selling via McKnight’s own e-commerce site — which has been developed as a window into his personal environment and life experiences. The web site’s elevator music and drab suburban color tones — which suddenly seem fresh — pull from aesthetic memories, mostly of time spent with family as a child.

As many young businesses experience financial troubles from the current crisis, McKnight studied some of the industry’s cautionary tales — making strategic decisions to avoid risk. He plans to push forward on business structures that he thinks could become everyday practice in the future — one of them being made-to-order. McKnight will largely manufacture in New York, putting clothes onto the production line as he receives orders through his web site.

“I want to test made-to-order; I think it’s the future of the industry. The days of people buying into a bunch of inventory and having to put it on sale — that’s where a lot of the burnt houses come from. It’s the scary aspects of the fashion industry — people throwing things in the trash. Even if you have to wait a little longer because a piece is being made, I think it’s kind of cool,” said McKnight.