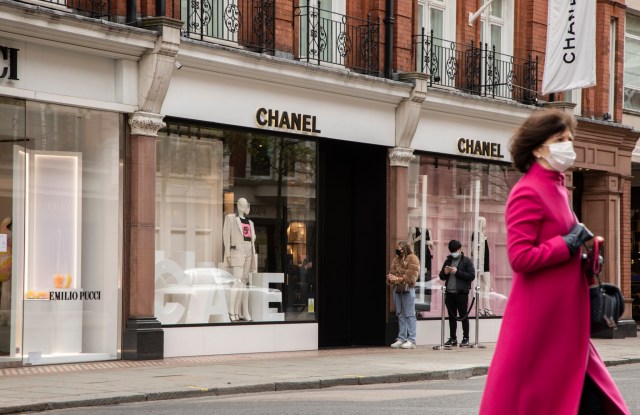 
LONDON — Fashion’s finances are turning green but unlike a seasonal Pantone palette, the color — in all its earthy tones — is here to stay.

European luxury brands, banks and investors are cultivating a lush and verdant garden of medium-term bonds, loans and revolving credit facilities linked to specific sustainability targets in a bid to appeal to a new generation of investors; add value to their businesses; fulfill ESG requirements — and help save the planet.

The brands are also under pressure to catch up with other industries, such as energy and automotive, food and beverage to make their mark in the sustainability space.

The banks here are only too happy to help, with institutions including Italy’s Intesa Sanpaolo and France’s Crédit Agricole working with European luxury brands to put together deals aimed at assisting businesses hit their green targets, save money and future-proof.

Prada was among the first movers in the luxury sphere to strategize such financing, striking the first of three separate deals in 2019 with Crédit Agricole for a 50 million euro sustainability loan.

These public and private funding deals are bound to measurable targets, such as achieving LEED (Leadership in Energy and Environmental Design) Gold or Platinum Certification for store networks, procurement of raw materials, use of sustainable packaging, renewable energy and efforts in recycling and upcycling.

There are inbuilt penalties (such as higher interest rates) and rewards (lower rates) depending on whether the brands hit their targets, while third parties such as Sustainalytics or Deloitte, have been drafted in to check progress. 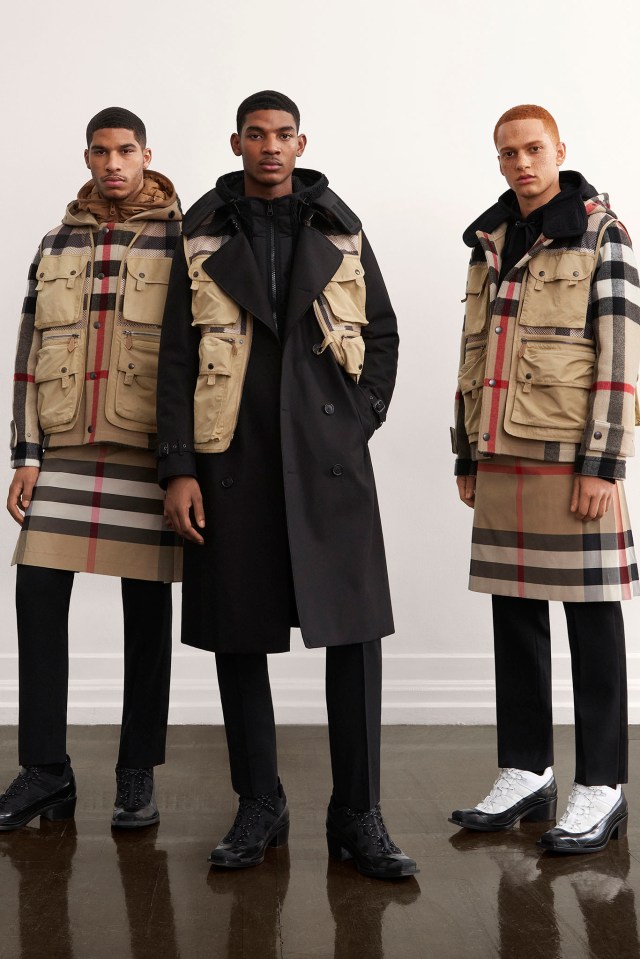 Chanel said it plans to update the market on a regular basis and provide information on its scope 1, 2 and 3 emissions, which are measured regularly through the Greenhouse Gas protocol method. Moncler’s progress will be audited as part of its consolidated non-financial statement.

According to an article published by ESG auditors Sustainalytics, the global volume of sustainability-linked loans in 2020 was $120 billion for the year, compared with $49 billion in 2018.

Sustainalytics, the auditor of Burberry’s bond-related goals, said the first two months of 2021 generated 41 sustainability-linked loan deals globally, including the largest one — for $10.1 billion — forged by the Belgian-based multinational drinks and brewing company Anheuser-Busch InBev.

But why is luxury fashion only catching onto the trend now — and so suddenly?

According to Diana Verde Nieto, cofounder and chief executive officer of Positive Luxury, the company that awards The Butterfly Mark certification to sustainable businesses, a perfect storm is brewing.

She pointed to the upcoming United Nations Climate Change Conference, known as COP26, which will take place in Glasgow, Scotland, in November, and specifically to Mark Carney’s role at that conference.

Carney, the Canadian economist who was most recently governor of the Bank of England, will be the U.K.’s finance adviser at the summit, helping to build a sustainable financial system to support the transition to a net zero economy. 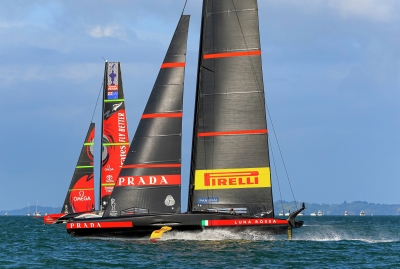 When he took up the role in January, 2020 Carney said “all financial decisions” need to take into account “the risks from climate change, and the opportunities from the transition” to a net zero economy.

Verde Nieto also noted that “for the first time ever, the investment community is uniting to value companies according to their ESG performance.” She added that the companies with the most ambitious ESG goals are now the ones that are most valuable to investors. The risk of not working quickly enough toward serious climate change goals “is that you become a stranded asset,” Verde Nieto said.

“Companies that provide investors with integrated financial and ESG reports, increase the involvement of middle managers in ESG issues, invest in robust IT systems, and improve internal systems for measuring and reporting ESG and impact performance information are the winners of the future,” she argued.

Jane Walsh, chief executive officer of Seen Group, a London-based strategic consultancy that advises high-end beauty names such as Fenty and Charlotte Tilbury Beauty said “the need for a brand to be green today, and beyond green in the future, will become non-negotiable at all levels of the business funnel, starting with design.”

Like many in the luxury and fashion industry, Walsh noted that it’s the end consumer — as well as the investor — who’s demanding everything from fair and sustainable ingredient sourcing to responsible packaging solutions; a well-treated, well-paid supply chain to responsible and regenerative energy used to create products.

She also said that while transitioning to a more sustainable model may at first seem complex, labor intensive and expensive, to some, “green value is good for business.”

Old ways of operating will soon become “a sizable cost to business in the not-too-distant future, and more expensive both at a profit, people and planet level than that of making the change,” said Walsh.

There are other dynamics impacting the luxury fashion companies, including commitments from the banks themselves, and the larger investment community. 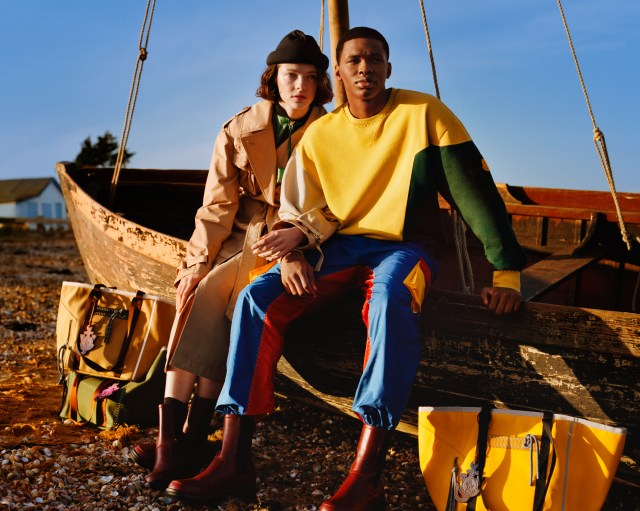 Francesca Diviccaro, chief of Industry Retail and Luxury, IMI Corporate and Investment Banking Division at Intesa Sanpaolo Group, said the bank is promoting these green loans and credit lines in order to be “responsible and generate collective value.”

She noted that Intesa Sanpaolo is one of the few European financial groups to have joined all the main United Nations initiatives concerning sustainability in the financial sector; is included in the Dow Jones Sustainability Index World; and was the first financial strategic partner of the Ellen MacArthur Foundation, a U.K. registered charity that promotes the circular economy.

Diviccaro added that brands should look at sustainability “as an exciting opportunity to create extreme value and add appeal. It’s one of their best opportunities to disrupt and achieve relevant revenue, and profit growth, in their respective markets. But doing that requires a radically different approach.”

Brands that don’t engage, she said, “will find themselves out of the market in the long term.”

BlackRock, the world’s largest asset manager, has made sustainability its new standard for investing. The company said sustainability is “integral to the way we manage risk, generate alpha, build portfolios, and pursue investment stewardship, in order to help improve investment outcomes.”

It has set out a series of detailed checks and requirements for the companies in which it invests, and demands they all disclose business plans aligned with the goal of limiting global warming “to well below” two degrees Centigrade, and consistent with achieving net zero global greenhouse gas emissions by 2050.

In its latest annual report, BlackRock noted that from January to November 2020, investors in mutual funds and exchange traded funds globally invested $288 billion in sustainable products, a 96 percent increase over the whole of 2019.

BlackRock’s move dovetails with the commitments of The Fashion Pact, the CEO-led coalition of groups and brands ranging from Adidas and Gap, Inc. to Hermès, Kering Group and Ralph Lauren Corp., which now has more than 70 signatories. The coalition aims to work across the value chain on hitting specific goals impacting climate, diversity and the oceans by 2025, and 2030.

COVID-19 has also played a major role in accelerating moves in the luxury industry, focusing businesses’ attention on human health and the environmental challenges posed by international travel and a globally interconnected supply chain.

“The pandemic presented a great opportunity for disruption, and it gave a lot of businesses time to question and rethink the way they work,” said Verde Nieto of Positive Luxury. 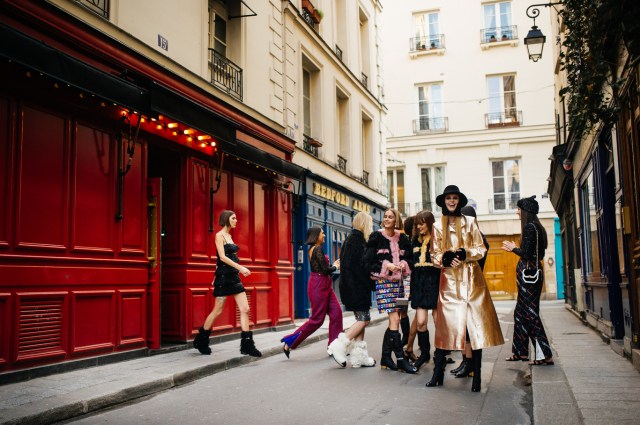 It also forced businesses to look at their balance sheets, make savings, and ring fence funding for their sustainability goals, come what may.

She said the money raised would not only support liquidity, but allow Burberry “to secure proceeds for investment in our sustainability agenda” over the five-year term of the bond.

It’s not only the big luxury brands or asset managers that are greening their finances. Save the Duck, an Italian company that specializes in vegan outerwear made from sustainable materials, recently took out a sustainability loan of three million euros with Italy’s Intesa Sanpaolo.

The brand’s founder and CEO Nicolas Bargi said the aim was to improve the company’s environmental, social and governance operations and to launch a green policy for the entire Save the Duck supply chain that prioritizes products and services with a lower environmental impact.

“We believe there is no future for a company if they don’t adopt an ESG strategy and program,” said Bargi, adding that “all stakeholders at every level, from shareholders and institutional investors to employees and clients,” are paying increasing attention to companies’ ESG performance.

He said the Italian banks are starting to offer and use more and more sustainability loans as they want to play an active role in pushing companies to focus on ESG issues and develop long-term plans.

“They understand that the overall long-term performance of the Italian companies they are financing will benefit from this approach, and that there cannot be long-term growth without sustainability,” Bargi added.

The instruments these banks are getting more detailed, sophisticated — and diverse. 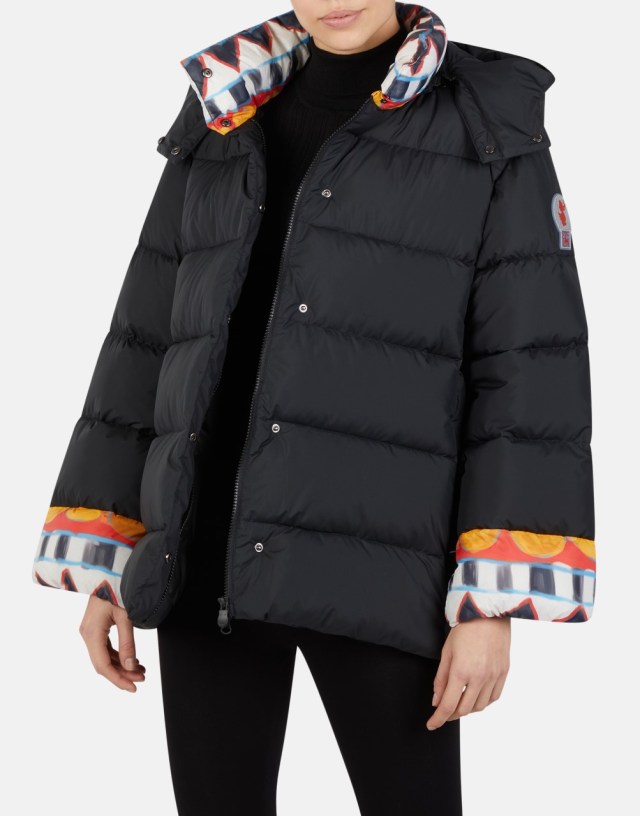 Stella Jean has designed a capsule for the Italian outerwear brand Save the Duck.
Image Courtesy of Save the Duck

Last year, in addition to brokering the credit line, Moncler signed a separate agreement with its bank in relation to foreign exchange risk hedging.

As part of that deal, Moncler’s foreign exchange hedging costs will be lower if it hits certain environmental goals. The brand has set out its goals with Intesa Sanpaolo, and its performance will be audited by an external and independent assessment body.

Europe’s banks have been exploring other deals and incentives within the ESG arena. Last May, Crédit Agricole teamed with Japan’s Dai-ichi Life Insurance Company on a 2 billion yen, 10-year microfinance “gender loan,” aimed at helping women and social enterprises in rural economies of developing countries.

Amid the proliferation of these financial instruments aimed at helping companies transition to new ways of working, the market is also tightening up, with new regulations coming into force.

Bargi of Save the Duck believes that, going forward, these loans “won’t be so easy to obtain, as the banks will be increasingly selective and support only the companies that have proved to be serious about their approach to ESG, and not just using it as a marketing tool.”

Bernstein’s global head of ESG, Zhihan Ma, pointed out that as part of the European Green Deal, a set of initiatives by the European Commission aimed at making Europe carbon neutral in 2050, there are already checks in place for companies and banks working on green bonds and loans.

Ma noted that the commission’s Technical Expert Group has issued detailed guidance on EU Green Bond standards in order to reduce the amount of “greenwashing” by companies, and to ensure that projects financed by green bonds are aligned with the EU taxonomy.

“This will help tighten the green bond market over time,” said Ma.

Even as the green financial system evolves — and becomes stricter — there will be no turning back the clock.

Verde Nieto believes the future is looking brighter by the day.

She noted that for the “second-generation wealthy” who are deciding where and how to invest their money, “people and planet” have to be at the heart of a company.

Furthermore, she believes that Generation Alpha, or those born between the years of 2011 and 2025, will be more in tune with nature and the planet than any previous generation.

“They will be to sustainability,” she said, “what the Millennials were to technology.” 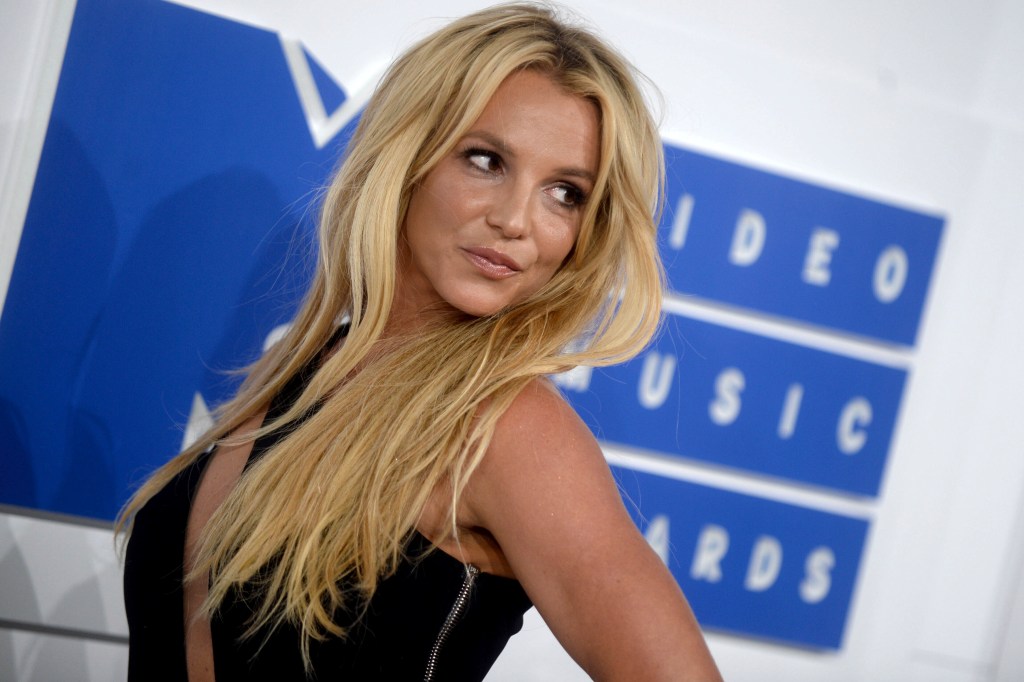 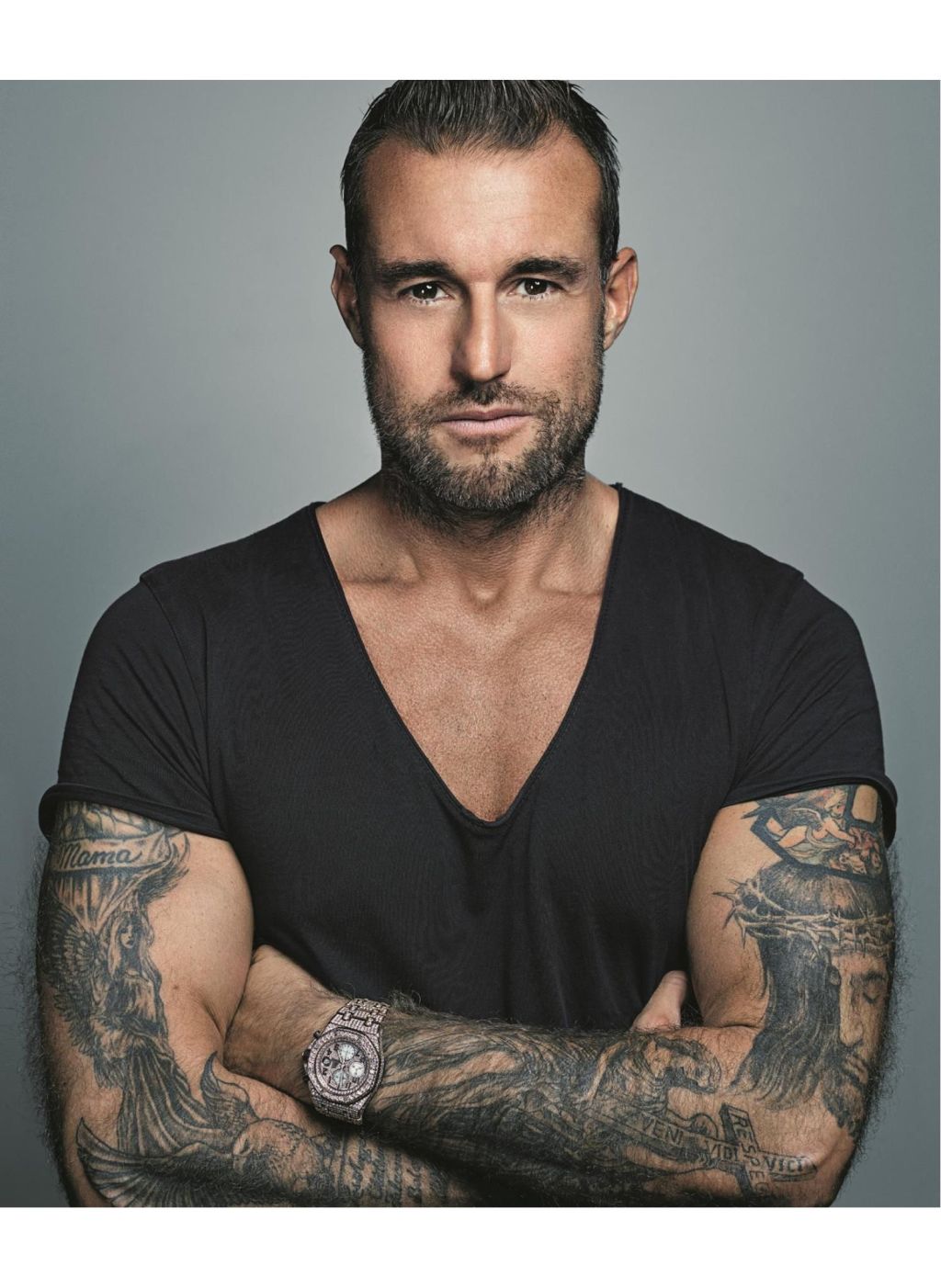 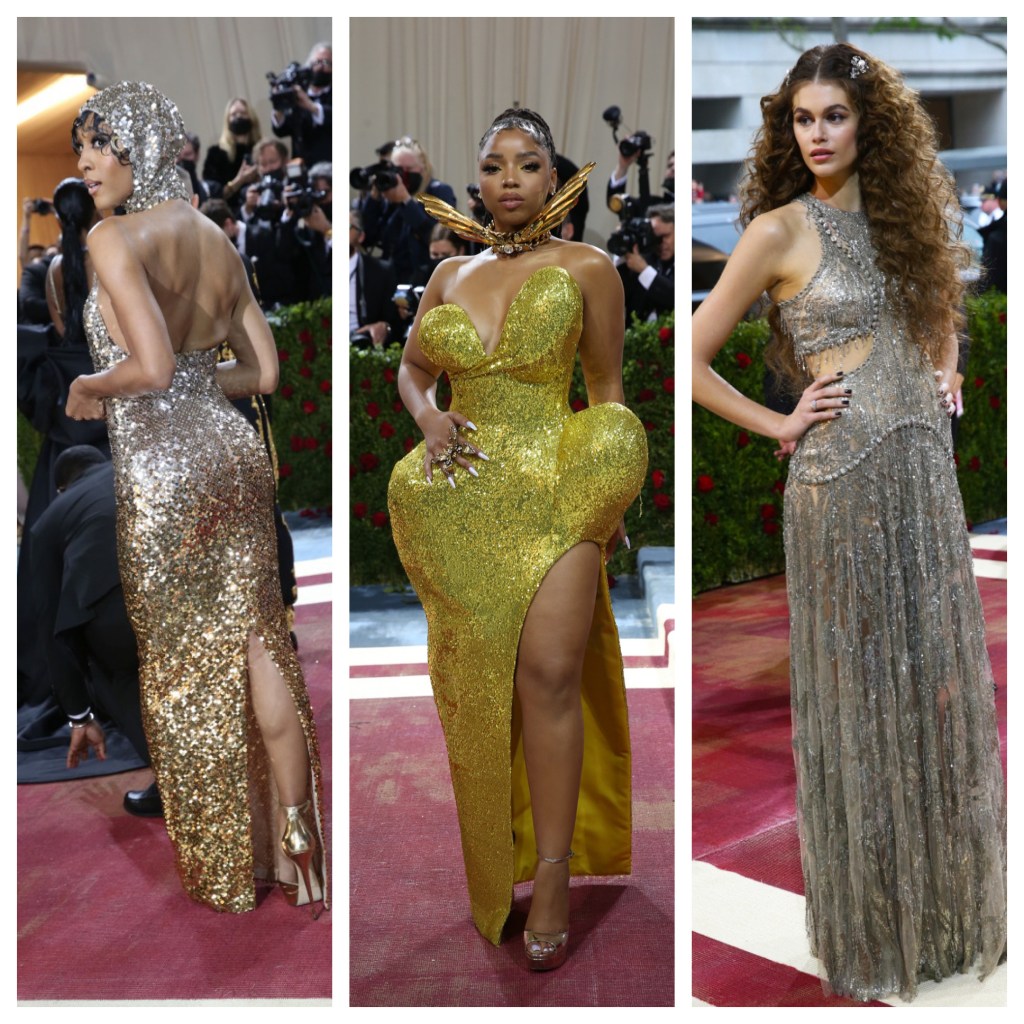