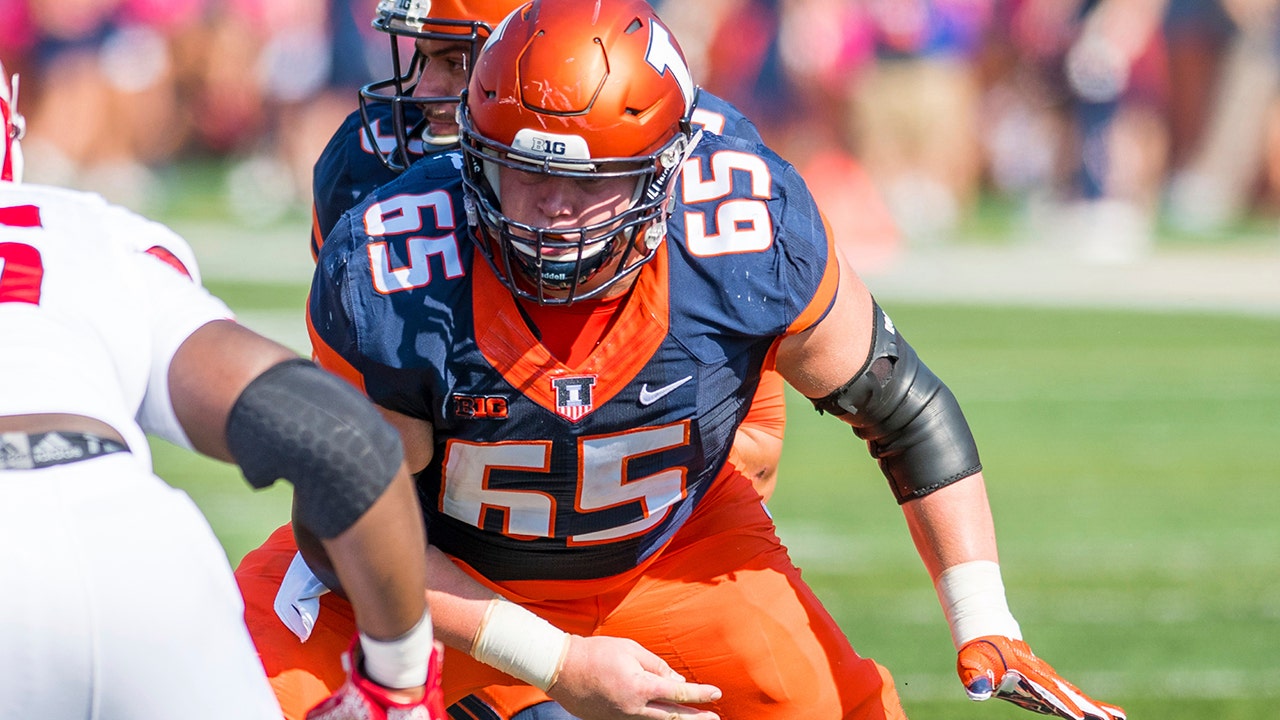 Bret Bielema saw a unique opportunity to accelerate a turnaround at Illinois when he returned to college football as head coach of the Illini in December.

The NCAA’s decision to grant every fall sport athlete who played through the pandemic an extra season of eligibility meant Illinois could bring back a large group of experienced players to be the foundation of Bielema’s first team in Champaign.

Schools are not obligated to bring back those players and give them scholarships, but Bielema said he made it clear at his first team meeting that all were welcome.

“And I wasn’t going to do it based on watching a bunch of film and deciding who I thought could or couldn’t play or who should or shouldn’t have an opportunity,” Bielema said. “If you’re in that room you’re part of the Illini family and we’re in this together.”

As major college football returns to normal in 2021, one of the lingering effects of the pandemic season will be the return of hundreds of extra, older players who choose to stick around for another year. With spring practice approaching, more than 1,000 scholarship players are expected to take advantage of the NCAA’s eligibility mulligan, according to an Associated Press review of rosters provided by 129 schools.

The number of these super seniors on each team is subject to change and likely to go down as players continue to assess the value of an playing extra year of college football, but their presence is likely to have a major impact on the 2021 season.

ESPN’s SP+ power rankings use returning production (everything from yards and points scored to tackles and interceptions) to project how teams will do in the coming season. Bill Connelly, who created SP+, said there will be more returning production across college football in 2021 than in any year since he started tracking it in 2014.

“Everybody’s like eight to 10 (percentage points) higher because they’re returning more seniors, because all the seniors got a chance at an extra year of eligibility,” Connelly said.

Normally, the top teams in returning production will be around 87%, Connelly said. Currently, three teams are expected to have more than 90% of their production from 2020 back in 2021.

Leading the way was Louisiana-Lafayette at 96%. UCLA and Miami were both at 91%. Lafayette (Levi Lewis) and Miami (D’Eriq King) each has a quarterback who will be a super senior.

As of this past weekend, Illinois expects to have 17 scholarship super seniors, the most of any Power Five school.

“What I wouldn’t give to be able to play another season in Memorial Stadium, packed to the brim with 60,000 Fighting Illini. That’s all I want right now,” said tackle Alex Palczewski, one of three returning starters along the offensive line for the Illini who will be super seniors.

For a program that hasn’t had a winning record since 2011 and has reached the postseason just twice in that time, the hope is that Palczewski, fellow linemen Doug Kramer and Vederian Lowe and the super senior class will power a long awaited breakthrough in Champaign.

Athletic director Josh Whitman said bringing back the super seniors will cost Illinois about $500,000 on top of typical football expenses, mostly in additional financial aid. The Illini expect to have about 92 scholarship players this season.

“As we looked at it, the chance to capitalize on their return and really continue our progress on the football field was really a cost well worth it given what we think the upside of that will be,” Whitman said.

The NCAA ruled super seniors will not count next season toward the Bowl Subdivision cap of 85 scholarship players per team. As of now, athletes using their COVID-19 year of eligibility after 2021-22 will count toward scholarship and roster limits in all NCAA sports.

At New Mexico, 14 super seniors will keep the Lobos from being well under the scholarship limit in coach Danny Gonzales’ second season.

Gonzales inherited a lopsided roster in 2020, heavy with upperclassmen and junior college transfers and thin on freshmen (four) and sophomores (nine) on scholarship. If not for the super seniors, the Lobos might have barely cracked 70 scholarship players in 2021.

“I was really worried about the second year when I first took the job … but this will definitely will help to us be more competitive than we would have been,” said Gonzales, whose team won its final two games of 2020 to finish 2-5 in the Mountain West.

Texas Tech coach Matt Wells said his plan for success in Lubbock has been “get old and stay old.”

Wells is looking to his super seniors to play a major part in turnaround season after the Red Raiders went 8-14 his first two years in the Big 12.

Texas Tech has seven returning starters among 10 super seniors, including defensive back Eric Monroe and linebacker Colin Schooler. Those two arrived in Lubbock as transfers late last summer and were thrown into action with little time to get acclimated.

“The super seniors coming back are absolutely part of that formula for building this program where we are at right now,” Well said. “That leadership, maturity and experience, it’s hard to gain through a young player.”