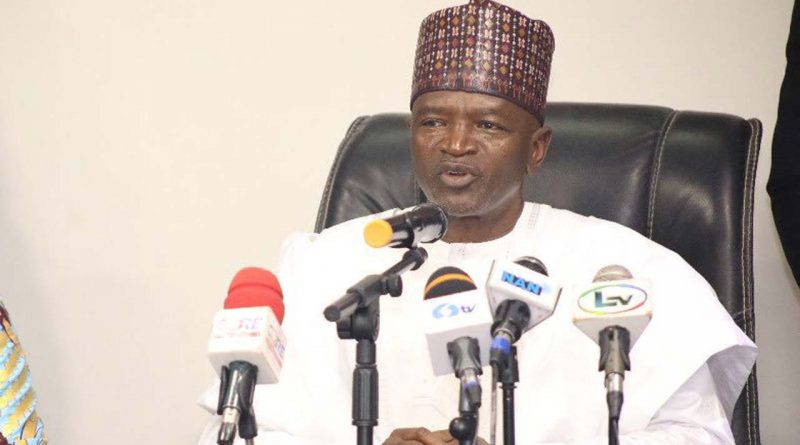 Nigeria has commenced review of the National Policy on Climate Change in a move to fulfilling the Paris Agreement.

Minister of Environment, Mohammad Abubakar, said this at the opening session of a Two-Day South West Regional Sensitisation Workshop on Climate Change held in Lagos on Monday.

NAN quoted him as saying that the Federal Government was advancing policies and initiatives aimed at addressing significant challenges occasioned by climate change.

“The Federal Government has also developed a Sectoral Action Plan (SAP) for the implementation and fulfillment of our country’s obligation under the Paris Agreement and goals of the Nationally Determined Contribution (NDC).

“We have also embraced issuance of Green Bond to raise finance for implementation of green projects and have received support from the Green Climate Fund to review the National Adaptation Plans and Technology Needs Assessment,” he said.

Abubakar said the ministry had also received support from the Green Climate Fund to review the National Adaptation Plans and Technology Needs Assessment.

The minister said that the government would not relent in creating more awareness on climate change through sensitisation activities in the six zones in the country.

He, however, condemned the open burning of confiscated goods by some government agencies, saying the trend contributed to the effect of climate change in Nigeria.

“Open burning of confiscated goods has been the practice of NDLEA, Customs, and other government agencies and I must say, it is not the best way.

“Whatever they are burning, there are items that can be recycled and converted to materials that can be useful.

“We need to find other ways to dispose of these goods for the safety of the environment,” he said.

In his presentation, Dr Yerima Tarfa, the Director, Department of Climate Change, said Nigeria must devise new ways to tackle environmental challenges, especially in the five sectors contained in the NDC.

The sectors include Agriculture, Transportation, Oil and Gas as well as Power and Industry.

He said that: “We are emitting a lot of carbon dioxide through agricultural practices, so we have to find a way of engaging in environmental friendly and planet smart agriculture.

“The transportation sector is a major contributor to greenhouse gases because of the combustion that emits from the vehicles on the road.

“The world is now moving to electric cars as a way of reducing the effect on climate change.

“We have also realised that waste sector is also one of the major contributors to the emission of greenhouse gases and we are reviewing our NDC to include the sector”.