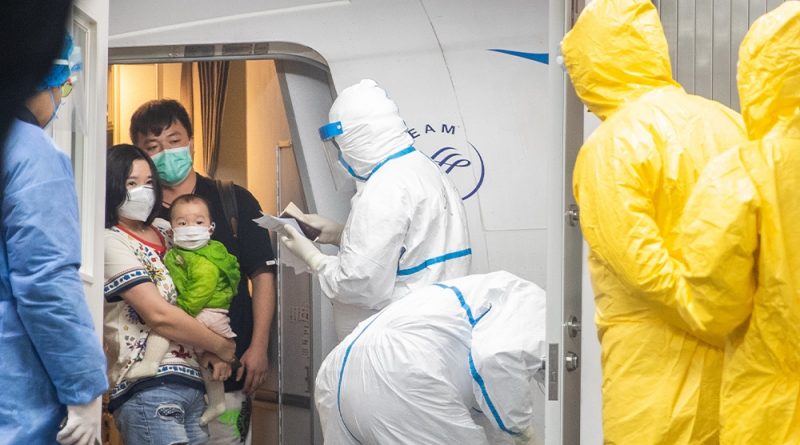 China said the number of people who have died from the coronavirus that originated in Wuhan late last year has now reached 304, with the new deaths all reported in the hard-hit central province of Hubei.

Across China, there were 2,590 new confirmed infections in the 24 hours until midnight on Saturday, bringing the total so far to 14,380.

China is facing mounting isolation as countries step up travel restrictions and airlines suspend flights to and from the country. Many have pulled their citizens out of Wuhan in emergency airlifts, while China has laid on flights to bring its own nationals home.

More than 130 cases of the infection have been reported in around two dozen other countries, mostly among people who recently travelled to or were visiting from China’s central Hubei province, the epicentre of the outbreak.

Deaths have only been reported in China so far.

“Who knows how many people are actually exposed to the coranvirus,” said Dr. Vin Gupta, who specialises in pulmonary critical care, and is a faculty member at the University of Washington Medical Cente in Seattle.

“If it’s true that if you are asymptomatic that you can still transmit it – and major studies and medical journals have confirmed that – then the transmission pattern is unlike anything we’ve ever seen previously. with a droplet or airborne flu. This is different. This is concerning.”

The World Health Organization this week declared the outbreak a public health emergency of international concern, and said global trade and travel restrictions were not needed.

Singapore and the United States announced on Friday the would ban foreign nationals who have recently been in China from entering their territories. Australia followed suit on Saturday. In Hong Kong, medical workers are threatening to strike and demanding the border to the mainland be closed.

The Russian military was to start evacuating Russian citizens from China on Monday and Tuesday, Interfax and TASS news agencies reported.