Democracy Day (DD) celebrates freedom to choose and elect those who volunteer to serve. Invariably DD damms and condemns military dictatorships which suffocated Nigeria and Nigerians for as many as 30 years of it’s 60 years of independence. From  1886, when Lagos was forcefully occupied through successive brutal colonial/military campaigns to the lowering of Union Jack in 1960, Nigeria passes for a military garrison! Never again should any group through conquests and coup detat  govern Nigeria without the democratic mandate of the people.

As an annual recurring decimal, the echoes  of the June 12, 1993 presidential election reverberated at the floor of the National confab in 2014. As delegate, I bear witness to history. An observation on a matter of national importance was raised by a conference delegate Orok Duke. He wanted  the presumed winner of the historic election accorded national honour in addition to a minute silence for all fallen heroes of the great struggles for democracy in the 1990s. The plenary under the Chairmanship  Justice Idris Kutigi eventually obliged the delegates  to pay tributes to all those who died for Nigeria’s democracy including late Abiola with a minute silence.

The star delegate of 2014 National Conference was  Elder statesman Edwin Clark. He argued that for the “small mindedness of some one,”  (his words!),    June 12 should have been  democracy day and not May 29! “May 29 is because somebody came into office and decided to make it as democracy day in this country. June 12 is democracy day in Nigeria.” Chief Clark declared.

2020 DD assumes special importance as June 12th for once replaces May 29th as the new national Democracy day. Undoubtedly the focus was on the historic role of Chief Moshood Abiola, (the leading star actor of the annulled 1993 presidential elections) in the struggle for democracy. Chief Abiola earned a deserved posthumous honour President Muhammadu Buhari  conferred on him last year.

The  historic apology for the annulment by President Buhari was timely and a mark of statesmanship. Last Friday, the Minister of Youth and Sports Development Mr. Sunday Dare, unveiled the National Stadium Abuja remanned after Chief Moshood Abiola. As the pillar of sport of Africa, the late politician earned the singular honour. However tributes for  Chief MKO call for more than renaming monument. Nigeria must deepen democracy he and others fought and died for. This year marks almost 30 years of the annulment, 21 years of uninterrupted civil rule and 60 years of independence achieved through democratic mass struggle.

But there is “insufficiency in democratic practices”  among the politicians in turn worsening the crisis of governance in the country. Security and economic challenges can only be overcome  if ordinary people are involved in governance. DD 2020  takes place during the time of the COVID: 19 pandemic. Only through continuous mass enlightenment about public  hygiene protocols and partnership between all Stakeholders can Nigeria flatten the curve of the disease. This means more democracy, more participation of the people in governance not less. What would have  been the reaction of MKO in times of the current pandemic ? Abiola did not live for politics and his mandate alone.

As a generous giver and big spender, I bet the Chief would have upscaled the bagful of palliatives  possibly in cash which he always gave even at the times it was not popular to  give. I bet that MKO would give  to mitigate the negative impact of the disease which has claimed as many as almost 400 deaths, infected almost 15000 in  Nigeria  and killed 400,000 people globally. Of special importance is MKO’s inclusive Economics of banishing poverty and promoting prosperity for all.  At the height the lock down, both the CBN monetary and fiscal authorities commendably announced feverish stimulus measures and bail outs for big, medium and small businesses.

There have also been palliatives and handouts for the vulnerable. Unfortunately  as the nation gradually eases out, we are again reading about “budget cuts”, “austerity”, “retrenchment” and even wage cuts. It’s time for continuous “solidarity Economics” which will promote productivity, mass employment and eradicate poverty. The point cannot be overstated: decades of unthinking budget cuts in the guise of Structural Adjustments Progrmames (SAPs) underfunded health, electricity, education and social infrastructure. It’s a scandal that no state of the Federation could sustain a week long lock down on account of underlining mass poverty. We must democratize the public and economic space, rescue the country from the total capture and dominance of few unaccountable self serving ruling elite through inclusive budgeting that puts resources at the disposal of the critical mass. We must eradicate poverty as envisioned by Abiola. Chief MKO was a pan Africanist in words and deeds. If Chief Abiola were to be alive, what would be his reaction to the current African Renaissance triggered by the brutal murder of George Floyd On May 25 paradoxically killed on Africa Day in Minneapolis?

I bet MKO would have courageously damned  systemic racism in America. As a member of Congressional Black Caucus, Abiola would have  rapped Donald Trump in proverbs. He which would have exposed the 45th American President  as a Dinosaur who shamelessly imagining making “America great again” to the discredited era of slavery and racism. MKO would certainly be in good company of his late friend Nelson Mandela who audaciously at the outbreak of the second Iraq war urged the American people to join protests against their president, George Walker Bush and called on world leaders, especially those with vetoes in the UN security council, to unite to oppose him. Mandela called America  “One power with a president who has no foresight and cannot think properly …. wanting to plunge the world into a holocaust,”.

I bet that MKO Abiola who vigorously campaigned for reparations would have asked America to apologize for slavery and pay compensation for serial police brutalities. Abiola said (and I agree) that “America must also halt  it’s persistent denial of despicable past which fuels current  addictive brutalities against the blacks.” “Every African that is born must be fully schooled in the history of his people, from the glorious expires, civilisation and monuments of old, to the predatory explorers and slave raiders who brutally interrupted Africa’s self-propelled march to greatness..  Our task is to ensure that these facts are clearly imbibed and understood by all Africans, wherever they are born, and that the evidence is placed fully and unequivocally, before the bar of international opinion.  Every African must grow up, declaring to himself, never again.” 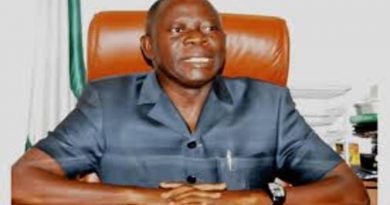 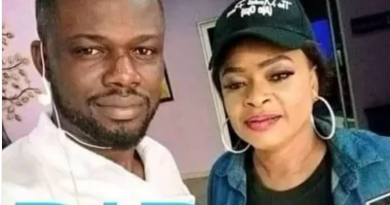 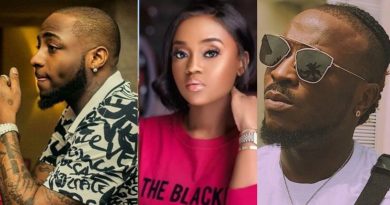