Air traffic is increasing to the extent that millions of flights happen daily and with each plane in the air there is pollution on the ground and in the sea. The news in Australia is that an Air Force Base in New South Wales has polluted the sea to such an extent that commercial fishing is now banned in the area. Scientists have not only found links to carcinogenic conditions in the water, but also to the thyroid, liver, lungs, and the list goes on.

Jets are propelled by high-octane fuel and it is not all burned when passing through the engines. In fact a good percentage of it is A Boeing 747 uses a gallon of fuel per second and over a 10 hour flight some 36,000 gallons.

According to statistics emissions include water vapour with soot and sulphate particles along with sulphur dioxides, carbon monoxide (leading to CO2 when combined with oxygen on release), and unburned hydrocarbons. Piston aircraft release may release tetraethyllead and radicals, such as hydroxyl. Most of these are dangerous chemicals that react with living organisms to form cancer and other diseases.

There is no way that one can protect their health against these chemicals. Along with others that are in the atmosphere and the air we breathe they constitute a chemical mix that could be highly toxic.

This is one of the things than man can’t escape as we are in the last days. The systems, behaviour, and the money behind it all is killing us. Driving the world to its end is the economy and that is critical as it is among the first to display the faults that cannot be overcome.

The other that cannot be overcome is the number of people in the world. My reincarnation proves that heaven and hell are myths and the basis of human endeavours and the World Order. Because there is no substance to it like a house made of paper it won’t withstand the strong wind.

Told to tear down the wall that religions hide behind and which was built by ignorance and sun power the Spirit left a prophecy that the wind at the end of days will make it crash down. That storm is here and it is coming through the Internet, the Mountain of God promised for the end of days (Micah 4:1).

There is no escape what is coming and no way man can alter it. We are creatures of the Spirit and our time is up. Cancer is one of the ways we are advised by God that there is something greater than humanity and it is killing off those who have no spiritual link.

Spider Phobia Treatments – The Spiders Are Bad Enough, Why Do The Treatments Have To Be So Scary? 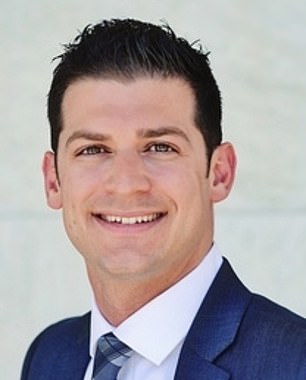 The 10 nutrients your body needs to fight off infection

Busting The Myths Around Thyroid Disease And Treatment