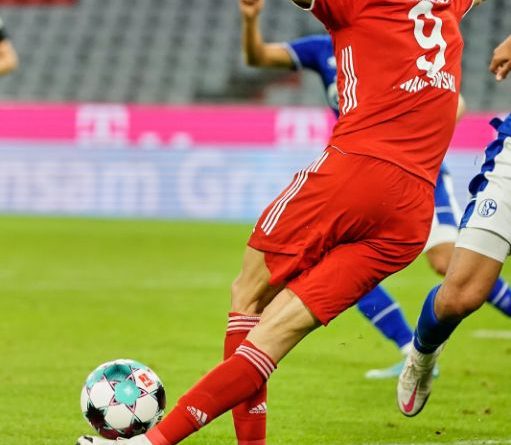 The Bundesliga is back for its 58th season in 2020/21 and it kicked off with a bang. The traditional curtain raiser didn’t just see the title-holders open the action, but the reigning European champions – treble-winners, FC Bayern Munich, set the tone for a thrilling season with 8-0 mauling of Schalke 04 at the Allianz Arena on Friday, the Hansi Flick’s men extended their unbeaten run to 31 competitive matches. The big-name action continues today (Saturday) with the Battle of the Borussias. With captain Marco Reus fit again, Borussia Dortmund’s attacking prospects are frightening – and young – in Jadon Sancho, Erling Haaland and Gio Reyna, while Jude Bellingham also scored on his debut in the DFB Cup. They face a Borussia Monchengladbach team a year into life under Marco Rose and with a top-four finish
already under their belts. Leaders for long periods last season, can the Foals go the distance?

RB Leipzig return to Bundesliga action for the first time since reaching the semi-finals of the UEFA Champions League. Now without perennial top scorer Timo Werner, Julian Nagelsmann is tasked with taking the club to the next level domestically. They begin against a solid-looking 1. FSV Mainz 05 attempting to make good last season’s 8-0 thrashing at the Red Bull Arena and improve on their 13th-place finish.

Improvement is very much the order of the day for SV Werder Bremen and Hertha Berlin. The Green-Whites only survived the drop on the away-goals rule in the playoff against 1. FC Heidenheim 1846 and will be desperate to avoid a repeat down at the bottom, with USA international Josh Sargent now the focal point of the attack.
They welcome a Hertha side with lofty ambitions of their own as they attempt to make the leap from mid-table to Europe.

Two teams also looking up are UEFA Europa League representatives VfL Wolfsburg and Bayer 04 Leverkusen, who meet on Sunday. Die Werkself have brought in Patrik Schick to replace the goals of Kai Havertz and Kevin Volland, while the Wolves still have Wout Weghorst in their ranks coming into a fixture that averages 4.1 goals per game in the last seven years.

The third side in the Europa League, TSG 1899 Hoffenheim have continued their tradition of trusting young coaches with the appointment of 38-year-old Sebastian Hoeneß. The son and nephew of legendary Bayern pair Dieter and Uli respectively, he’s the only new face in a Bundesliga dugout this season, arriving on the back of the third-division title with the Bayern reserves. His tenure begins away at 1. FC Cologne, who are without a win in 10 league games but have strengthened with the addition of striker Sebastian Andersson and playmaker Ondrej Duda.

Former champions VfB Stuttgart are back in the Bundesliga after a year’s absence under American coach Pellegrino Matarazzo. They kick off at home to regional rivals Sport-Club Freiburg, who only missed out on Europe by a single point last term and go into their ninth full season under Christian Streich.

The other new team this year is DSC Arminia Bielefeld. The Bundesliga 2 champions return after an 11-year hiatus, giving Uwe Neuhaus his first taste of top-flight action as a coach at the age of 60. They begin away at Eintracht Frankfurt, who haven’t conceded a goal on the opening weekend since 2015.