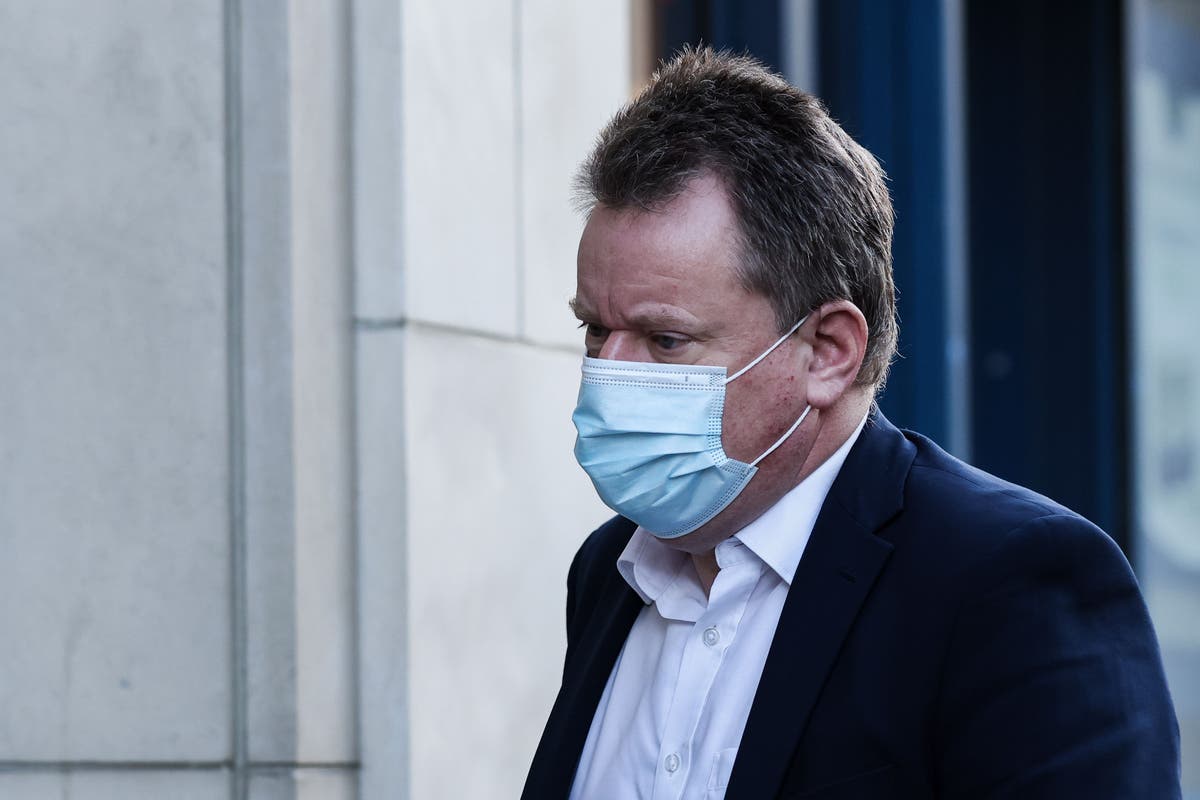 The president of the European Commission has said she “deeply” regrets the bloc’s threat to override the Northern Ireland protocol during a row over coronavirus vaccines.

The EU had considered triggering article 16 of the protocol to allow vaccine checks at the Northern Irish border, before hastily retracting the threat.

Speaking about the fiasco, Ursula von der Leyen told the European Parliament on Wednesday: “Allow me a word on the island of Ireland. The bottom line is mistakes were made and the process leading up to the decision and I deeply regret that.”

She added that the bloc was right to backtrack on its threat and said the Commission “will do its utmost to protect the peace of Northern Ireland”.

Her words come the day after Boris Johnson’s top Brexit negotiator described recent relations between the UK and the EU as “more than bumpy”.

Speaking on Tuesday to the Lords European Union committee, David Frost said there have been “niggling” border issues, including a ban on exporting live shellfish to the bloc.

He blamed the turbulence on the EU, saying it needed to adjust “to the existence of a genuinely independent actor in their neighbourhood”.

Critics, however, have noted that much of the trade disruption in the last six weeks has been caused by the type of Brexit the British government wanted.

One of Ireland’s leading retail distributors said it has lost a significant amount of revenue as a result of the new Brexit trade regulations.

AM Nexday reported that its turnover last month was 12 percent lower than the previous January.

“There does not seem to be enough rewards for us really here,” she told the Northern Ireland Affairs Committee on Wednesday.

“Mistakes were made’ by EU in vaccine row, von der Leyen admits

The president of the European Commission has said she “deeply” regrets the bloc’s threat last month to override the Northern Ireland protocol during a row over coronavirus vaccines.

Speaking about the fiasco, Ursula von der Leyen told the European Parliament on Wednesday: “Allow me a word on the island of Ireland. The bottom line is mistakes were made and the process leading up to the decision and I deeply regret that.”

She added that the bloc was right to backtrack on its threat and said the Commission “will do its utmost to protect the peace of Northern Ireland”.

‘Too soon’ to book a holiday, says transport secretary

He said it was “too soon” to do so because it was unclear how quickly coronavirus cases and deaths will decline.

The transport secretary added that Boris Johnson will give more details about lifting lockdown in a speech on 22 February.

Anna Soubry, the former Conservative MP, tweeted that this was yet more “mixed messaging” from the government, after health secretary Matt Hancock said he had a booked a summer holiday to Cornwall.

Frontline workers and their family’s lives were put at risk because of the UK’s inadequate stockpile of personal protective equipment at the beginning of the pandemic, a Commons committee has said in a new report.

Meg Hillier, the Labour MP who chairs the public accounts committee, said:  “We’re at a dangerous new phase of the pandemic, in our third national lockdown, with no defined end in sight. The government needs to acknowledge the errors and be better prepared.”

Grant Shapps reveals his father is in hospital with Covid-19

Transport secretary Grant Shapps has revealed that his father has been in a coronavirus ward for the past few months.

Speaking to ITV’s Good Morning Britain programme, the minister said: “Coronavirus that gets everybody, got my Dad. We’re all very worried.”

He added that hospitals are still under “immense pressure” and praised NHS staff for all their work.

Labour has condemned the government’s delay in introducing hotel quarantine for people travelling from “red-list” countries, a measure it says does not do enough to protect the UK from new coronavirus variants.

Angela Rayner, the party’s deputy leader, tweeted on Wednesday that ministers have “left our country wide open to people bringing in Covid and new variants for a full year”.

She added that the new policy “is far too little, far too late”.

In today’s political round-up, Adam Forrest looks ahead to PMQs, community secretary Robert Jenrick’s speech on cladding and talks between the UK and the EU on Thursday.

The government’s announcement that people who conceal trips to “high-risk” countries could face up to 10 years in prison has caused a public backlash.

Health secretary Matt Hancock said those lying on their passenger locator form could be fined £10,000 or be jailed for up to a decade.

“But this is a regulatory offence and no regulatory offence I can think of this type attracts a 10-year maximum sentence. The reality is no-one would get such a sentence anyway. The courts are simply not going to impose it,” he added.

Caroline Nokes, a former immigration minister, has criticised the government for its “very blokey mentality”, compounded by the number of ministers who were educated at single-sex schools.

Speaking to BBC Radio 4’s Woman’s Hour, the chair of the Women and Equalities Select Committee said: “I think it’s still a very blokey mentality at the very top. I don’t think that we’re done many favours by the predominance of single-sex education round the cabinet table.”

Ms Nokes added that there were some “serious questions about the calibre of the women” chosen for top government posts.

Joanna Cherry, who was recently removed from the SNP’s frontbench at Westminster, has struck out at problems within her party.

She was sacked following criticism of her stance on transgender issues.

Writing in the New Statesman, she wrote: “The turmoil in the SNP is unprecedented, but I’m comforted by the knowledge that the party is bigger than any individual, and we are strong enough to withstand this”