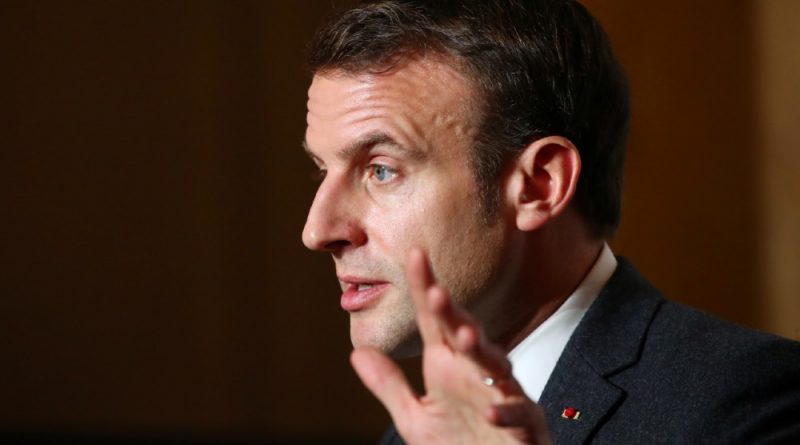 Paris, France – Some of France‘s top politicians, including President Emmanuel Macron, have defended a teenage girl who received death threats last month after posting a live broadcast on social media attacking Islam. The post has reignited a national debate about blasphemy, which has been legal in France for centuries.

“The law is clear: we have the right to blasphemy, to criticise, to caricature religions,” Macron said in an interview with Le Dauphine Libere newspaper on Wednesday. “The republican order is not a moral order … what is outlawed is to incite hatred and attack dignity.”

The controversy started in late January when a 16-year-old, only known as Mila, started a live makeup tutorial on her Instagram account.

Recounting a scenario that had played out on French television, Mila says one commentator started hitting on her during the broadcast. After responding she was a lesbian and that “black and Arabs” weren’t her type, Mila received a slew of insults, with one Muslim commentator calling her a “dirty lesbian”. In response, Mila launched a verbal tirade against Islam, stating “I hate religion. The Quran is a religion of hate.”

The outburst sparked a divisive debate on social media with supporters using the trending hashtag #JeSuisMila.

Whether she was looking for it or not, one pillar of support for Mila came from far-right National Rally figurehead Marine Le Pen, who said Mila had “more courage than the entire political class in power for the past 30 years”.

Bruno Retailleau, of the centre-right Les Republicains, praised the teenager for speaking out against “this political Islam which is trampling our values”.

Critics, on the other hand, blasted the Grenoble-based teenager for her comments, and some on social media began sharing her personal information, including the name of her school. After receiving death threats, the public prosecutor opened an investigation against Mila’s attackers. She was put under police protection and eventually placed in another school.

“In this debate, we have lost sight of the fact that Mila is an adolescent. We owe her protection at school, in her daily life, her movements,” said Macron.

Other politicians have been more cautious with their words in the debate. Segolene Royal, a former Socialist party candidate for president, said she defended Mila’s “total” freedom to criticise religion, but also said the teenager could have shown more “respect, manners and knowledge”.

France’s justice minister, Nicole Belloubet, caused a stir after saying Mila’s remarks were “clearly an infringement on freedom of conscience”. After receiving criticism from freedom of speech activists, Belloubet apologised, saying her statement was “clumsy”.

‘Not about freedom of speech’

Abdallah Zekri, a general delegate of the French Council for the Muslim faith (CFCM), called the threats against Mila “wrong”, but also said he rejected the argument from those who cited freedom of speech as a reason for defending Mila.

“This isn’t about freedom of speech, it’s about someone being vulgar and insulting,” Zekri told Al Jazeera.

Zekri also criticised what he called the French government’s “hypocrisy” in whom it decided to defend: “I’ve received 17 death threat letters in the last week … who is out there denouncing that?”

The “Mila Affair” is hardly the first incident to spark debate about blasphemy laws in France. The country follows a strict form of secularism known as “laicite”, and is also home to the largest Muslim community in Western Europe. The resulting friction has led to a series of incidents over the years, such as the 2007 legal case against the satirical weekly Charlie Hebdo for publishing a cartoon of the Prophet Mohammed deemed offensive to many Muslims.

In its ruling, judges sided in favour of the magazine, citing French laws that protect the right to blasphemy.

When in 2015, two brothers attacked the paper’s headquarters, killing 12 and injuring another 11, they said it was an act of vengeance for the cartoon.

Anastasia Colosimo, a political scientist, explains that French law protects those who criticise religion as a whole compared with criticising individual believers.

“You can say, for example, that Christianity is awful – but you cannot say Christians are all horrible people, because then you are naming people, which is against the law,” Colosimo tol Al Jazeera.

“There is reason for the state to protect any religion,” she said.

“It makes sense to protect a religion when the legitimacy of political power comes from a religious authority like in ancient times, but not in a modern democracy.”