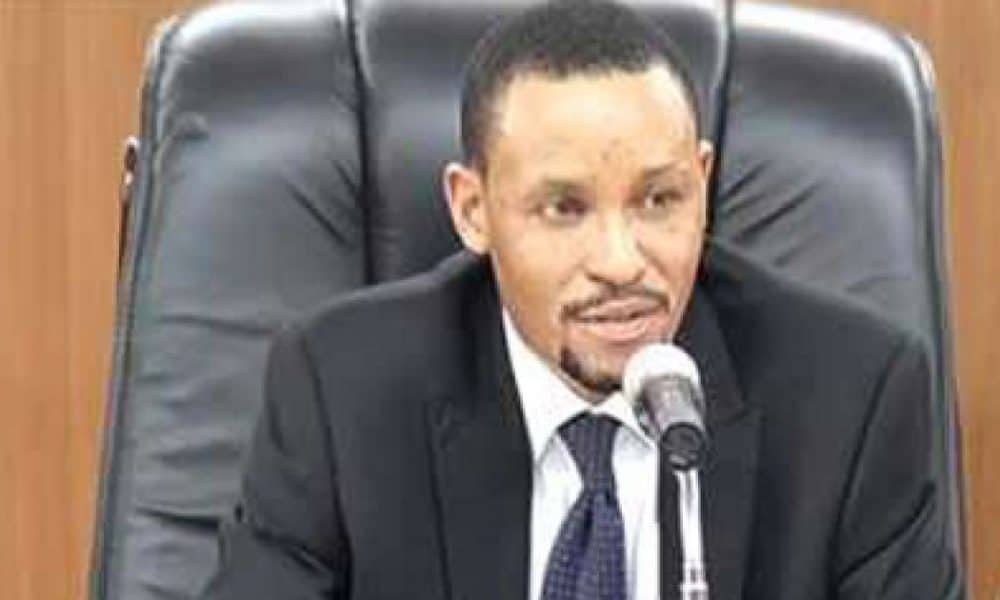 The chairman of the Code of Conduct Tribunal (CCT), Umar Danladi has been called out by Nigerians on social media for using the phrase ‘Biafran Boys’ in an official statement.

The CCT boss was accused of stoking ethnic tensions with the ethnic profiling contained in the official reaction to the incident involving Danladi and a security guard at a shopping complex in Abuja.

It will be recalled as previously published by Naija News that the Chairman of the Code of Conduct Tribunal, was spotted in a viral video assaulting a security guard at Banex Plaza in Wuse, Abuja.

Umar in the video was seen addressing the unidentified security man angrily scolding and shouting at him.

The CCT chairman at a point kicked him before he was restrained by the crowd, including police officers present at the scene.

He was then forced into his vehicle by the police officers. The action however didn’t go well with people who felt the security guard was cheated by the top government official.

But in an official reaction to the incident, the CCT released a statement on Tuesday, 30th March where it narrated its side of what transpired between its chairman and others at the plaza in Abuja.

But the statement, released by the Head, Press, and Public Relations of the CCT, Ibraheem Al-Hassan contained some words believed to be a form of ethnic profiling and therefore sparking some angry reactions from Nigerians.

Particularly, the use of the phrase ‘Biafran Boys’ in an official federal government of Nigeria statement has attracted the wrath of many who are now calling for disciplinary actions against the CCT boss.

The choice of words by the CCT boss was totally condemned.

Here are some reactions:

The use of Biafran Boys (twice) in the statement by the Code of Conduct Tribunal (CCT) is vile and provocative. It’s basic dog whistling against Igbo people. Danladi Umar, chairman of the CCT should take responsibility for his actions and not deflect with this vile press release.

‘Biafran Boys’…….. That’s how the people in this @OfficialAPCNg govt see people from the South East.

Yet they say the word war is over.. it’s really unfortunate and shameful.

If a non-Igbo Federal Government staff can freely, officially and openly call Igbos Biafran boys, why then are they shooting and arresting Igbo youths for calling themselves Biafrans? pic.twitter.com/zbR1Fbf30y

If he meant Biafran boys as an insult, I see it as recognition. A recognition of the fact that we are our own people, in our own right with a separate identity. I see it as a recognition of us as a people who’s sovereign statehood is long overdue. I chose to make lemonade of it.

Biafran Boys, in an official govt statement is a reminder that ethnic hostilities are still bleeding and the war has not ended. We got the message loud & clear

They have never spoken about the Igbos in a positive way, never given them any top appointment or tried to please them

“Us versus Biafran Boys” is the mindset of the people piloting the affairs of Nigeria today.

The Fulani resentment of ndigbo is as old as Nigeria

I heard through the grapevine that the CCT chairman allegedly wrote the press release himself to ensure it was “appropriately worded.”
This country is gone😂😂😂😂

Biafran boys stronger than the chairman of CCT, that’s the meaning of their statement, thank you for elevating biafran boys, weak CCT chairman.

Some of my friends here’re suggesting I’m emotional about the “BIAFRA BOY” why won’t I?
1.Nigeria Soldiers carried out coup and it was turned to Igbo coup.
2. Protested for #EndSARS together & twas turned to Igbos damaging Lagos.
3 Now parking space to Biafran boys. Leave me.

No problem ,igbos representing us all over the world should also be called biafran boys

A security guard was made to kneel because of a parking space issue, he did,he was slapped by your brother,he still knelt, you kung-fu kicked him, it still wasn’t enough,you had to be stopped from further assaulting him and the people who came to his aid must be “BIAFRAN BOYS” 🤦🏽‍♀️

The current Ohaneze leadership is the worst ever. Nnia Nwodo would have reacted to the ethnic profiling in strong terms. The CCT chairman is a big disgrace to the office he holds. That term Biafran Boys is how they view us and it’s scary.

You try to take a leave from Political Twitter and the mess keeps drawing you back.

WTF is “Biafran Boys” in an official communication?

Biafran boys in all caps. Oh we heard that dog whistle loud and clear.

Chairman of the Code of Conduct tribunal refers to citizens as Biafran Boys? This is the height of it!
Justice Danladi Umar needs to be removed from office! He has shown his bias and his position requires neutrality#WeAreAllBiafrans
Full video on https://t.co/3oP3YrcoSr pic.twitter.com/T4bMByiHdg

Who are these idiots?

After The Chairman Of CCT, Danladi Umar, Was Seen In a Trending Video Assaulting a Security Guard. Here’s The Bigoted Press Statement He Put Out: He Profiled Those At The Plaza As Biafran Boys. This Is How They See Those From The Old Eastern Region, Either As a Biafran Or IPOB! pic.twitter.com/HFJYPNwkq2

Like Abaribe wud say; “Biafran boys slur; shows in the minds, the war is not over yet

It was exactly how Rwandan Genocide started. Some people were profiled as cockroaches. Igbos shouldn’t let this slide.

“Biafran boys” and “low personalities”. Keywords that need to be addressed now. 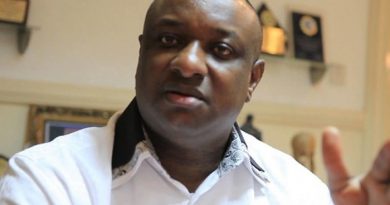 Festus Keyamo Is Too Small To Cause Misunderstanding Between NASS, Executive And Senate 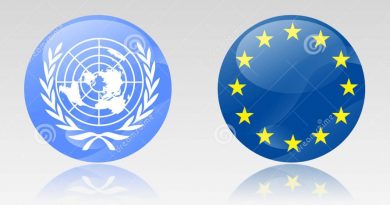