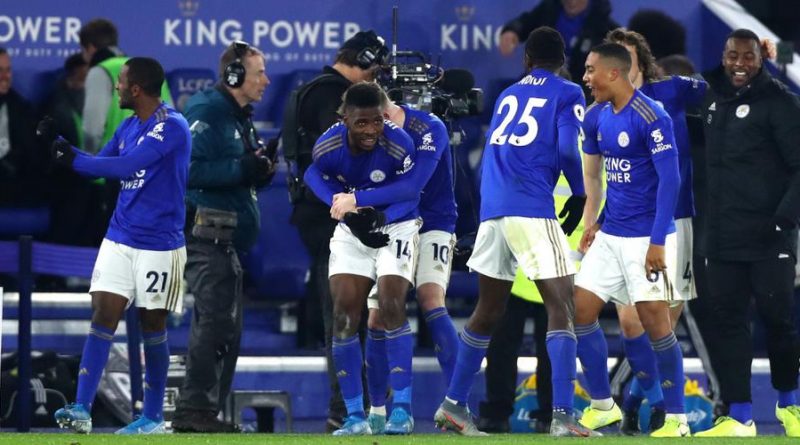 The 2019/2020 season in Europe’s major leagues is edging towards the end as just two of the top five leagues are still in play.

This weekend will see the final round of fixtures in the Premier League, while it’s the penultimate round of games in the Italian Serie A.

Although the title race is over in England and potentially in Italy, some games carry a lot of importance this weekend.

With matches taking place, it gives fans the chance to make money. And in its usual tradition, Soccernet is providing betting tips for some of these games.

Chelsea vs Wolves (Premier League): This is an important game for both teams as their European aspiration is at stake.

Chelsea go into the game knowing they only need a point to seal a top-four finish while Wolves need a win to be sure of Europa League qualification.

The Blues are currently fourth, but just a point ahead of Leicester City, while Wolves sit in sixth place, but Spurs sit only one point behind in seventh place.

Chelsea are undefeated in their last six home matches against Wolves in all competitions.

Betting Tips: Wolves go into the clash following a 2-0 win over Crystal Palace while Chelsea were beaten 5-3 by champions Liverpool on Wednesday night.

The Blues defence has been an issue all season, and that will be a concern for Frank Lampard going into the encounter.

However, they’ve been brilliant in front of goal, so should be able to get the point that will seal qualification for the champions league. (Chelsea 1x or Over 2.5)

Leicester City vs Manchester United (Premier League): This is the star match of the final round as a win for either side will guarantee a top-four finish.

United sit in the driving seat as they are a point above their opponents, and only need to avoid a defeat to seal a return to the champions league.

Leicester meanwhile were shoo-in for a top-four finish before the league went on a three-month break due to the coronavirus.

However, their form has nosedived since resumption and are in danger of missing out on champions league football- a scenario that was unfathomable as at February.

The Foxes need a win to finish in the top four, but they will need to put in a better performance than the one that saw them concede three times at Tottenham.

United played out a 1-1 draw against West Ham last time out and missed the chance to go three points clear of their rivals.

Man Utd have won seven of their last eight matches against Leicester in all competitions.

Man Utd have been winning at both half time and full time in six of their last eight matches against Leicester in all competitions.

Betting Tips: It’s a tough one to call, but Leicester should be more fired up than United, knowing they need a win to secure champions league football.

A draw may be enough if Chelsea to lose at home to Wolves, but that’s a big if. So the Foxes should edge this one (Leicester City Win or Over 1.5)

Newcastle vs Liverpool (Premier League): Liverpool end their title-winning campaign with a trip to Newcastle. The Reds have been heads and shoulders above every other team this season, and they showed that again in the win over Chelsea last Wednesday.

Newcastle played out a goalless draw against Brighton Hove and Albion and will play the final league game with a cloud hovering over the proposed takeover from Saudi consortium.

Liverpool have been winning at both half time and full time in their last four matches against Newcastle in all competitions.

Liverpool have won their last four matches against Newcastle in all competitions.

Liverpool have scored at least three goals in their last three matches against Newcastle in all competitions.

Newcastle have seen over 2.5 goals in their last three matches against Liverpool in all competitions.

Betting Tips: Both teams achieved their respective targets, so it should be an open game. (Over 2.5)

Manchester City vs Norwich (Premier League): City will be looking for revenge when they take on already-relegated Norwich.

The Canaries handed City their first loss of the campaign in a thrilling 3-2 win at Carrow Road. Both teams have nothing to play for except pride.

Man City have seen over 2.5 goals in eight of their last ten matches against Norwich in all competitions.

Man City have scored at least two goals in eight of their last ten matches against Norwich in all competitions.

Betting Tips: It could be a long afternoon for Norwich after Pep urged his team to reach the 100 goal mark. City are just three goals away from reaching a century of goals, and it’s hard to see them not achieve that against the league’s porous team. (City win and over 2.5)

Juventus vs Sampdoria (Serie A): Juventus missed the chance to wrap up the Serie A title when they lost 2-1 to Udinese on Wednesday.

However, they’ll get another chance on Sunday when Sampdoria come to Turin. The Old Lady need just a win from their final two games to seal a ninth consecutive Scudetto.

Juventus are undefeated in their last 38 home matches (Serie A).

Juventus have scored at least two goals in their last 11 home matches (Serie A).

Betting Tips: Juventus have not really been convincing since Serie A returned, but they should be able to get across the line with a win on Sunday (Juventus win)