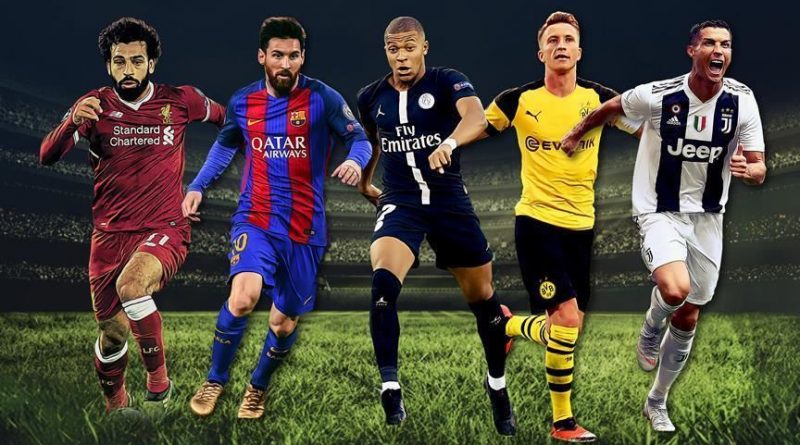 It’s been a week of non-stop football action, and there’s no stopping as play continues across Europe’s major leagues this weekend.

All of Europe’s top leagues aside the French Ligue 1 were in action last weekend for the first time since the football season was suspended due to the coronavirus.

Meanwhile, Bayern Munich were crowned Bundesliga champions for the eighth consecutive season two weeks ago. While the title race in England and Germany are both settled, it’s not the same in Spain and Italy.

Madrid and Barcelona are neck and neck in the race for La Liga title, while Juventus and Lazio are set to battle it out for the Serie A.

It promises to be another exciting round of games across Europe, and its usual tradition, Soccernet.ng will be providing betting tips for some selected games.

Bayer Leverkusen vs Mainz (Bundesliga): It’s the final round of games in the Bundesliga this weekend, and all eyes will be on the top four places.

While Bayern Munich and Borussia Dortmund have secured the first two places, three teams are still within a chance of picking the last two spots.  Bayer Leverkusen are one of those teams, and they host Mainz on Saturday afternoon.

Die Werkself sit in the fifth position, but they are just three points behind RB Leipzig in third place, and two points behind Borussia Monchengladbach who occupy the final Champions League places.  A win over Mainz could see them overtake one of their rivals provided they slip up.

Leverkusen have seen under 2.5 goals in their last six home matches against Mainz in all competitions.

Leverkusen have won their last four matches against Mainz in all competitions.

There have been over 2.5 goals scored in six of Leverkusen‘s last seven home games (Bundesliga).

Leverkusen have scored at least two goals in six of their last seven home matches (Bundesliga).

There have been under 2.5 goals scored in Mainz‘s last three away games (Bundesliga).

Betting Tips: Leverkusen need not just a win, but also a big win as they have an inferior goal difference to their rivals.

However, the good thing for the home side is that Mainz are safe from relegation and are not fighting for anything other than pride. So this should be an open game. (Leverkusen win and over 2.5)

They currently sit in fourth place and will Champions League football with a win irrespective of Leverkusen’s result.  The Foals host Hertha Berlin at the Borussia Park and should be confident of picking up the required points.

There have been over 2.5 goals scored in 13 of Borussia M.Gladbach‘s last 15 home games (Bundesliga).

There have been over 2.5 goals scored in six of Hertha Berlin‘s last seven away games (Bundesliga).

Borussia M.Gladbach have seen over 2.5 goals in five of their last six home matches against Hertha Berlin in all competitions.

Betting Tips: Hertha Berlin are not fighting for Europe and are safe from relegation, which means it should be an open game. Monchengladbach need a win to be sure of Champions League football, and we are backing them to get it. (Monchengladbach win)

Napoli vs Spal (Serie A): Napoli are enjoying football return in Italy, and will hope to continue in their impressive form when Spal visit them.

Genaro Gattuso’s men won the Coppa Italia, beating Juventus on penalties, while they also resumed their Serie A campaign with a 2-1 win over Hellas Verona.

Meanwhile, Spal are deep in relegation trouble having taken just 18 points from 27 games. 19th on the table with eleven games to go, Spal need points desperately if they are to preserve their top-flight status.

Napoli have won six of their last seven matches (Serie A).

SPAL 2013 have lost six of their last seven matches (Serie A).

Napoli have kept a clean sheet in their last three home matches against SPAL 2013 in all competitions.

There have been over 2.5 goals scored in six of Napoli‘s last seven home games (Serie A).

Betting Tips: Napoli are assured of a Europa League place, but their Champions League hope is as good as over.

They are 12 points behind Atalanta in fourth place, and their only chance of getting back is if they win the competition this season.

Nonetheless, they would still want to put up a show, and that’s why we are backing them to win this one. (Napoli win)

Leicester’s clash against Chelsea is the pick of the matches because both sides are also in a top-four battle. A win for either could give them a psychological advantage in the top four race.

Chelsea go into the clash following a 2-1 win over Manchester City on Thursday, while Leicester City played out a disappointing draw against Brighton last time out.

Leicester have drawn five of their last six matches against Chelsea in all competitions.

Chelsea have kept a clean sheet in six of their last eight matches (FA Cup).

Chelsea have been winning at both half time and full time in five of their last seven matches (FA Cup).

Leicester have kept a clean sheet in their last three matches (FA Cup).

Betting Tips: The two managers are expected to ring the changes, so it’s hard to pick a winner in this one. But both team should have a go at each other, and that should guarantee goals. (BTS or Over 2.5)

Newcastle vs Manchester City (Emirates FA Cup): After losing the defence of their league title, Man City turn their attentions to one of the trophies they can still win this season.

Having won the League Cup, City can go one step closer to securing a domestic Cup double. They are the defending champions in the FA Cup, and this weekend they travel to the North-East to take on Newcastle.

Newcastle meanwhile will be hoping to reach the last four of the competition for the first time since 2005. They go into the clash following a 1-1 draw against Aston Villa.

Man City are undefeated in 24 of their last 26 matches against Newcastle in all competitions.

Newcastle have seen over 2.5 goals in their last four matches against Man City in all competitions.

Newcastle are undefeated in their last five matches (FA Cup).

Betting Tips: Guardiola hinted before the loss to Chelsea that he’ll be prioritizing the clash against the Magpies, and that could see him name a strong lineup.

Though the home side will be eager to make history, City’s quality should see them through. (City win) 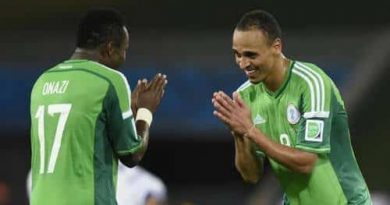 Top Free Agents In 2020: Onazi, Nwakali, And The Nigerian Stars Without A Club :: Nigerian Football News