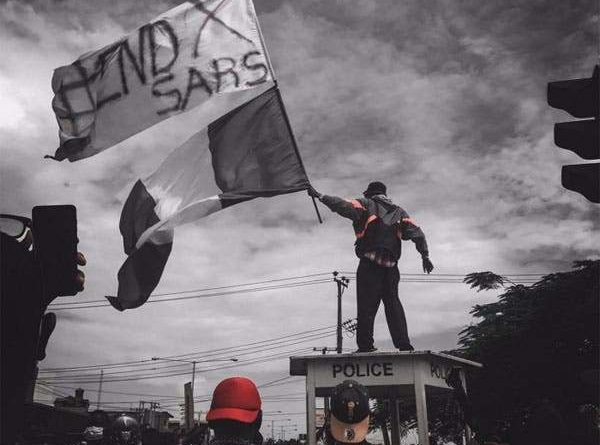 It started somewhat as a whimper of protest against the excesses of the police.

Today, the simmering #EndSARS protest has veered out of control and has assumed a life of its own, having been infiltrated by hordes of street urchins and hoodlums who set fire to critical public assets as well as private property.

Many states now are under one form of curfew or the other as rampaging youths pillage warehouses, shopping malls, markets and even private residences.

When the protests started, the amorphous # End SARS movement had outlined five demands to call off its action.

The protesters had demanded the immediate release of those arrested and justice for victims of police brutality.

The protesters also called for the setting up of an independent body to oversee the investigation and prosecution of all reports of police misconduct.

They further called for psychological evaluation and retraining of all disbanded SARS officers before redeployment and increase in salary of police officers.

To meet the demands of the protesters, Inspector General of Police, Mohammed Adamu, on Oct. 11 dissolved the SARS outfits across the country and FCT.

President Muhammadu Buhari, while addressing the nation on Oct. 12 had said the dissolution of SARS was the first step in the reform of the police.

The IGP on Oct. 13 also ordered all defunct  SARS operatives to report at the Force Headquarters for debriefing as well as a psychological and medical examination.

The examination is to be carried out by the new Police Counselling and Support Unit.

To further demonstrate the resolve to accede to the protesters’ demands, the   National Economic Council on Oct. 15 directed the immediate establishment of state-based  Judicial Panels of Inquiry across the country to receive and investigate complaints of police brutality.

The panels, which included representatives of youths, students and civil society organisations, would be headed by a respected retired state High Court judge.

The panels have six months to complete their assignments while governors and the FCT minister are to take charge of the interface and contact with protesters in their domains.

Even more instructive,  governors are to immediately establish a Victims  Support Fund to facilitate the payment of monetary compensation to deserving victims.

Responding to the urgency of the current situation, no fewer than 13 states had already constituted panels of inquiry in line with the directive of the National Economic Council while quite a number had set up the  Victim Support Fund.

Paradoxically, rather than all these well-intended measures, including a presidential apology from Vice President Yemi Osinbajo, assuaging the protesters, the violence raged on.

This eventually peaked with the Lekki incident on Tuesday in which some soldiers were accused of shooting protesters. The social media was literally on fire as figures were being bandied, further heightening tension.

Perhaps more than any single incident in the last two weeks of protests, the Lekki violence and its reportage on social media have triggered the current wave of bloodletting by hoodlums across the country,  latching on the peaceful protests.

In the light of the revelations on Wednesday by Gov. Babajide Sanwo-olu of Lagos State on the Lekki incident viz-a-viz what was reported on social media, many Nigerians believe the regulatory authorities must take more than a cursory interest in the operations of this genre of the media.

” There have been several false information that we have seen over the incident and we will appeal to people to show more restraint in posting information that cannot be verified,” the governor had told a television house.

One such false information, he said,  was the allegation that the state government was aware of the use of soldiers to disperse the peaceful and unarmed #EndSARS protesters.

The governor also insisted that no protester died in the incident, stressing that he and officials of the state government had gone round private and public health facilities across the state without being able to identify bodies of those allegedly killed in the incident except one that died from blunt force trauma and another corpse that was recovered by the police in the Victoria Island area with bullet wounds.

To lend credence to his claim that no death was recorded in the Lekki incident, Sanwo-Olu urged members of the public with credible information on anyone or group of persons killed in the incident to come forward with the claim.

As yet, no claim has been reported in spite of the bloodshed and destruction that had trailed the reportage of the incident.

The Lekki incident again offers a sobering reminder of the immense potential of the social media for good or for ill, especially in a polity where many are gullible.

Perhaps, much more than any time in the nation’s chequered history, the call for regulation of the social media has become ever more strident.

Only some weeks ago, the Minister of Information and Culture, Lai Mohammed, had advocated a  national policy on the use of social media to curb the excesses of users.

The minister made the call at the National Defence College, Abuja, while delivering a lecture on ” The Impact of Fake News and Hate Speech on National Security.”

The minister underscored the need for government to also deploy technology to monitor the social media and stop purveyors of fake news and hate speech in their tracks.

He said lack of a national policy and relevant technology has made the government to be handicapped in tackling the menace of social media.

” The need to act fast is made more urgent by the fact that the extremism being promoted by anti-state groups remains one of the biggest challenges to Nigeria’s national security.

” Let me quickly state that the veritable tools of choice for extremists to propagate their dangerous and subversive ideas include unrestrained propaganda, fake news and hate speech.

” These are very potent tools in the hands of extremists, whether they are secessionists, ultra-nationalists, religious extremists or even insurgents.

” Of course, social media is the platform of choice for these malcontents. It is not surprising, therefore, that the Boko Haram terrorists have resorted to the use of social media to propagate the ideas in their depraved minds,” the minister said.

Stiff as the opposition is in some quarters to the regulation of the social media in the country as exemplified in the ill-fated journey of the social media regulation bill initiated by Sen. Muhammad Sani Musa (APC, Niger East),  many Nigerians are resolute on the need for such checks, drawing inferences from the West, said to be the bastion of democracy.

Apart from the European Union that has promulgated laws on the usage of social media,  China, Russia, France, Singapore, Malaysia, Sweden, Liberia, Indonesia, Turkey, UAE, Kenya, Egypt, Saudi Arabia, Rwanda and Italy among others have all put in place various regulations to check the excesses of social media users.

At a time when  citizen journalism has  become the new most sought after frontier in media practice, a perplexed Nigerian, Ibrahim Garba,  aptly captures the worries of every right-thinking compatriot:

” Why will someone sit in the comfort of the sitting room to fabricate lies and post videos, audios or messages that is a hoax and veiled under the cover of freedom of speech through social media?

” How many of us will be happy if lies are fabricated against our sisters, wives, daughters and relatives of crimes they did not commit?

” Who among us will live to see our communities engulfed in crisis, courtesy of fake news?

” Who among us will love their businesses being ridiculed or crippled courtesy of fake news through hoax video or audio messages on social media?”

Answering conscientiously these questions posed by Citizen Garba may be the very first step in the quest for national redemption.

Charismatic Leadership and Struggle for a New Nigeria: Tribute to Mallam Balarabe Musa 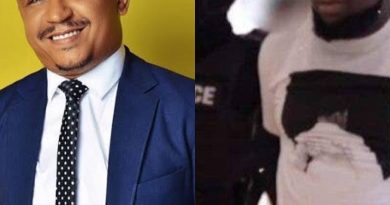 Daddy Freeze, Hushpuppi And The Future Of Nigeria