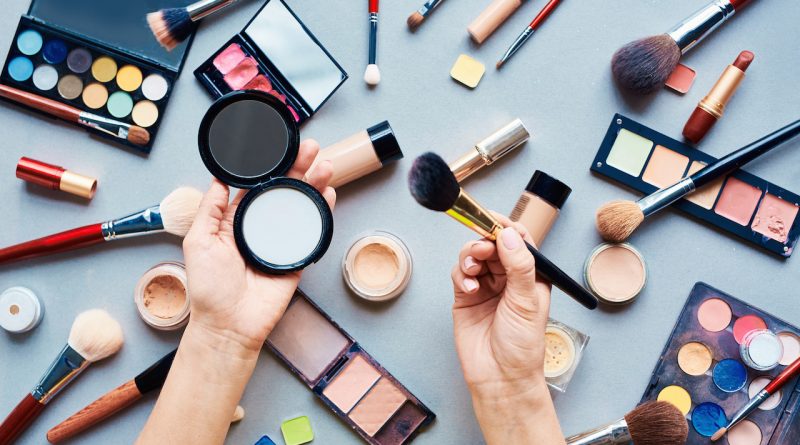 While in the midst of reopening locations across the country, retailers like Sephora, Ulta and Target are finding themselves in the crosshairs of a civil rights movement.

The protests over the murder of George Floyd, as well as Breonna Taylor and Ahmaud Arbery, have made the current iteration of the Black Lives Matter movement not only about widespread police brutality, but also about the microcosms of racist systems that white people contribute to, both consciously or unconsciously. It is also about “little p politics.” As Professor Hilary Janks — who coined the term “little p politics” in 2010 — wrote in a 2012 essay, “Little p politics is about taking seriously the feminist perspective that the personal is the political.”

When this new perspective meets existing corporate platitudes on the subject of racism, there is an inevitable clash.

Within the beauty industry, retailers have received much scrutiny, as they’re now being asked to show what percentage of black-owned brands they stock and are also being asked to commit to increasing black-owned brand representation to 15%. The 15% pledge began with a call to action by Aurora James, founder of footwear brand Brother Vellies, on June 1 through Instagram. The account dedicated to this pledge, @15percentpledge, currently has over 27,000 followers and has called on retailers like Target, Whole Foods, Sephora and Shopbop to join. Coinciding with this has been the #pullupforchange Instagram campaign encouraging beauty companies to share internal demographics such as what percentage of employees, executives and board members are black.

So far, few retailers have risen to the 15% opportunity, while several have shared employee demographic figures. But the overall sentiment on social media is clear: Companies that do not provide internal information and do not make a quantifiable promise or commitment to improve racial injustice are only offering performative newspeak. Corporate hypocrisy has become a cardinal sin in this iteration of the Black Lives Matter movement, as well as modern consumerism, because it transgresses two of today’s most important consumer values: authenticity and transparency.

Glossy reached out to several retailers, including Ulta, Sephora, Whole Foods, Target, Follain, Credo, The Detox Market, CAP Beauty, Morphe, Heyday and QVC to ascertain whether they are committing to the 15% pledge. Follain and Heyday confirmed they are signing on with the pledge. QVC and Ulta said they are always “evolving” their assortment and that they plan to sell more black-owned brands without a specific or accountable commitment. Morphe and The Detox Market declined to comment, while Sephora, WholeFoods, CAP Beauty and Target did not respond to a request for comment. Meanwhile, Credo said it is not signing onto a 15% pledge, but that it is starting a mentorship program for brands owned by black, indigenous and other people of color.

“Everything that supports the [15%] commitment is going to help be an arbiter of change in the beauty business,” said Tara Foley, Follain founder and CEO. Foley said she is committing Follain to the 15% pledge, but has not yet shared this exact commitment publicly or with James. “When a retailer brings in a new brand, it means training your team about that brand, testing it out on different types of people within your company to make sure the products are suitable for a variety of customers. [In the longterm] it’s the biggest monetary commitment I could make as a company of my size, bigger than any single donation.”

Currently, 2% of Follain’s offered brands are black-founded. Follain intends to exceed the 15% minimum, but Foley said that customers might not begin to see the effects for a few months. This is because the research, negotiation and on-boarding process can take approximately three to four months for every brand, said Foley.

Heyday, which sells 15 brands through its 12 shops and online, currently has no black-owned brands in its assortment. Michael Pollack, Heyday chief experience officer and co-founder, declined to provide a timeline for when Heyday will begin on-boarding black-owned brands, but said more details would come in July. Heyday also plans to provide free consulting services to founders of color; more specific details will debut in July. Pollack said he is in touch with James to share what the company’s plan looks and to understand how Heyday can craft a stronger plan moving forward.

“It’s about opening our eyes to what other brands and communities are out there,” said Pollack. “Our retail footage is small, but this is an opportunity and an industry issue. We want to try and be a part of not only improving the representation on our shelves, but also helping entrepreneurs within the space.”

Grassroots effort to support black businesses as a method of curing systemic racial inequality is not a new concept. This current movement echoes those of the 1960s, said Alvin B. Tillery, Jr., associate professor and director at Northwestern University’s Center for the Study of Diversity and Democracy. However, the consumer demand for big and large companies to play a role in making changes is new, he said.

“[Consumers are saying] to companies like Target or Sephora: ‘You say you support Black Lives Matter, but what have you done to support bringing black representation into your supply chain, distribution network and brands in your stores?’” said Tillery. “These dimensions of the movement are new, and it’s a reflection of how much millennials and Gen-Z have integrated social media into their lives. They’re all about values.”

On the backdrop of all of this, black-owned businesses have been hit especially hard during the coronavirus pandemic, underscoring the inequalities they face in the marketplace. Forty percent of African-American business owners in the U.S. have had to temporarily shut down their companies between February to April, according to the Washington Post, compared to a 22% decline in all active business owners. As TikTok user Joy Oladokun satirized in a video, the prevalent and attractive graphic designs currently condemning racism on social media cannot cure it.

But even though a rising tide may lift all boats, Tillery said it is important to remember that merely including more black-owned brands within retail is not enough to fill gaps in black business development, as it is the result of 250 years of oppression.

“I don’t believe [companies] will shift their focus from diversity when the pressure dies down,” he said. “But the kinds of massive government interventions that it took to make us a racially unequal society are likely going to require massive kinds of interventions to undo all of this.”