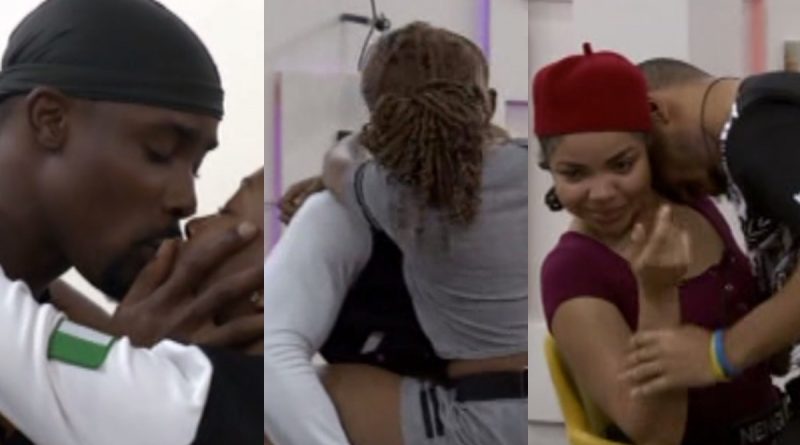 The BBNaija housemates engaged in a game of truth or dare game on Monday and it was led by Neo, also known as the oracle.

Neo gave the instructions for the game and he penalized those who failed to do their dares by making them take shots of alcohol.

Starting of the dare was Wathoni who gave Kiddwaya a peek of her underwear.

TRUTH OR DARE!#Neo dares #wathoni to pick any guy and show him her underwear well enough for the guy to describe.

This will be the second time Wathoni has picked Kiddwaya for a dare.

The first instance was when she kissed him, and this time she wasted no time in telling  Kiddwaya to come get a close up of her underwear.

Kiddwaya took many by surprise after he revealed his intentions about starting a relationship with Erica.

The young man chose to share a passionate kiss with Erica for 30 seconds.

Incase you missed last night kiss between kiddwaya and Erica 👇

Neo and Vee and Eric and Lilo took part in this kissing dare too with each kissing their respective romantic partner.

In case you missed it, Vee and Neo shared their first kiss thanks to Wathoni who dared her to kiss him for 30secs. 😍

Eric and Lilo also locked lips while Prince showed off his favorite sex position with Nengi as his partner.

Nengi got a sensual lap dance from Ozo.

Erica also got one from Laycon and Neo had Ka3na having a go with her lips around his areola.

ERICA gets a “steamy” lap dance from LAYCON😂 #BBNaija pic.twitter.com/qswuzxrq0c

Brighto also made attempts to lick Tolanibaj’s ear as a dare.

The housemates definitely had fun daring each other.