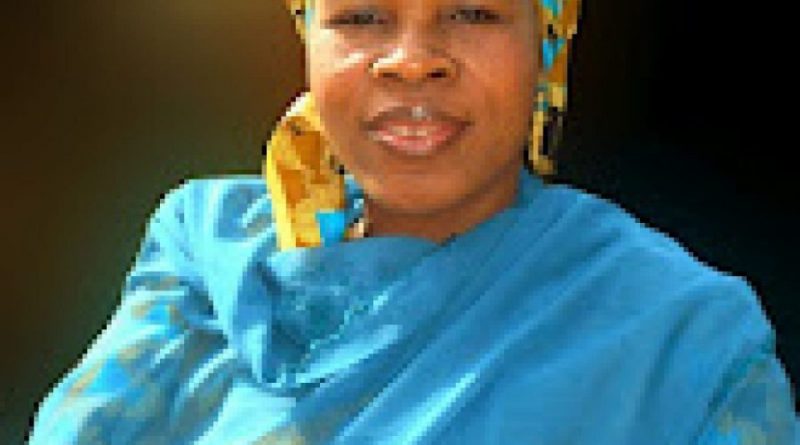 Since 2010, there has not been any major amendment to the Electoral Act in Nigeria , not for lack of trying. High-wire political rivalry, mutual suspicion and self-serving approach to governance have practically made it impossible to make necessary changes or alter existing legislations concerning elections in the country; yet, the current electoral law may not be able to stand the test of time going forward.

To deepen democratic governance and ensure free, fair, transparent and credible election, the propriety of constantly innovating, reforming, amending and legislating on electoral matters cannot be overstated.Amendments to the Electoral Act were carried out in 2004, 2006, and 2010 but in 2014, the Independent National Electoral Commission (INEC) introduced the card reader which was deployed in the conduct of the 2015 election. Unfortunately, statutory limitation and doubtful legitimacy hang precariously over the card reader.

For four consecutive times in the last legislative dispensation, President Muhammadu Buhari vetoed attempts by the National Assembly to amend the Electoral Act because of what he variously referred to as drafting issues; that the proposal would infringe on “constitutionally guaranteed discretion of INEC to organise, undertake and supervise elections”; passing a new law close to election “could create some uncertainty about the legislation to govern the process”and that electronic transmission of results is not tenable in our internet-challenged rural communities.

The president however betrayed his political disposition by indicating he would assent to it “if the Electoral Act would come into effect after the 2019 general elections”. Wounded and angered by the president’s discretion, the National Assembly leadership led by Bukola Saraki and Yakubu Dogara, never represented the amended Bill to President Buhari, neither did the president ask for it, thereby proving their (legislature and executive) dubious complicity in our self-first type of democracy.

After the president withheld his assent in December 2019, just barely three months to the general election, I wrote, in an article titled Needless furore over election sequence, thus: “So, what is the fuss about the amended sequence? The electoral law that put presidential election first was a product of an amendment, so why should this be different?

The card reader became law in 2014 and was used for the 2015 elections. Its validity and legitimacy was tested at the Supreme Court, which held that the constitution overrides the Electoral Act. Bearing this in mind, INEC went back to the National Assembly to seek for an amendment to use any form of technology as it deemed fit, in order to constantly improve on our electoral process. Again the electoral law was amended to that effect.”.

Meanwhile, owing to the acrimony and political differences in the era of Saraki/Dogara versus Buhari leadership tussle, the march towards sanitised electoral system was truncated. Five years since President Buhari first took his oath of office, we have remained stagnant on the issue and not much is being heard from the current National Assembly, an arm of government, statutorily and constitutionally empowered to amend the electoral law or any law of the land for that matter.

However, If the president is in moral dilemma about revisiting the Bill he had rejected in the past, it can be repackaged for his assent, now that Saraki and Dogara are out of the way. If not, how long should we remain static and in quandary over spilt milk? Therefore, in tinkering with the previous or working on fresh amendments, we must think out of the box. The National Assembly should start in earnest, and clear all grey areas, that will make it practically impossible for the president not to sign it into law considering the cosy and symbiotic relationship that exists between President Buhari and Senate President Ahmed Lawan/Gbajabiamila’s House.

Talking of thinking out of the box reminds me of the efforts of some civil society organisations towards cleansing the Aegean stable that electoral amendment has become. The Centre for Advancement of Civil Liberties and Development otherwise known as Centre for Liberty in conjunction with OSIWA recently enunciated proposals, that can serve as guide to the National Assembly. I found their idea to conduct the general election in one day interesting!

While calling for electoral reforms, in a statement signed by Ariyo-Dare Atoye, Deji Adeyanju and Raphael Adebayo as co-conveners, CFL-OSIWA, said it is “advocating for full biometrics for accreditation, electronic collation of results, conduct of all states (Governorship, House of Assembly) and federal elections (President, National Assembly) in one day, free movement of the electorate to enable a wider voter participation, election finance reform, as well as other important positions.

“That the 9th National Assembly has a responsibly to actively aggregate the general views of all stakeholders in Nigeria’s democratic process including the civil society organizations, political parties, international partners and especially the electorate to legislate an enduring electoral reform that will reinforce the trust of the electorate and other stakeholders in the credibility of Nigeria’s electoral process.

Since elections “have repeatedly exposed the inherent loopholes and defects in our electoral process” the civil society group is demanding for “electoral reforms which must be prioritised as a foremost legislative focus”.

Besides reduction in logistics nightmares, a one-day election will save time and money. Imagine the hassles of moving sensitive and non-sensitive materials across lands and seas to 774 local governments within two weeks apart just to elect characters that may not even represent us well.

The National Assembly, accepting the proposal in principle will be an opportunity to further expatiate on it, and I do hope they will take a critical look at this and others that can reduce our election burden. This is imperative because in January 2017, at a conference organised by Westminster Foundation for Democracy, the Chief Technical adviser to the INEC chairman, Professor Bolade Eyinla disclosed that one trillion naira was spent on the 2015 election– core cost of expenditure by INEC at $547 and expenses by political parties and their candidates was between $1.5 billion and $2 billion.

According to a report by INEC, the Commission spends close to 3 Billion Naira per election in a Senatorial District. This becomes significantly higher where there is need for rerun elections or supplementary elections as a result of violence or other electoral anomalies leading to cancellations.

Only a genuine and timely electoral reforms would save the country of billions spent to manage the humongous logistics of elections in the country.

Holding elections in one-day also means reduced expenditure. In view of reduced income from an over-dependent mono-economy from oil, electoral process should be made easy, less rigorous and cheap.

The Card reader was a good innovation, but unfortunately could not stand the test of time because of legislative conundrum, as several pronouncements by the Supreme Court indicated that it could only serve to authenticate permanent voter card and not supplant or replace voter register, hence the need for INEC and NASS to seek for constitutional, legislative and legal backing to fully incorporate it and other cheap technological innovations into the electoral process. Besides, it is only through constant improvements that we can achieve perfection.

Reforms of the electoral process is work in progress, and the president does not have to like the faces of the National Assembly leadership or share the same ‘ideology’ with them before he assents to bills passed by members. Above all, there are no more excuses of not getting things done because of a hostile legislature, now that we have a pliant one, in tandem with the executive, in place.

Finally, a stitch in time, they say, saves nine. In place of the knee jerk self-centred approach of the past, the lawmakers now have an opportunity to write their names in gold by starting the amendment process early and avoiding clashes with other legislative components during election year. They have less than two years to make hay…and their time starts now.