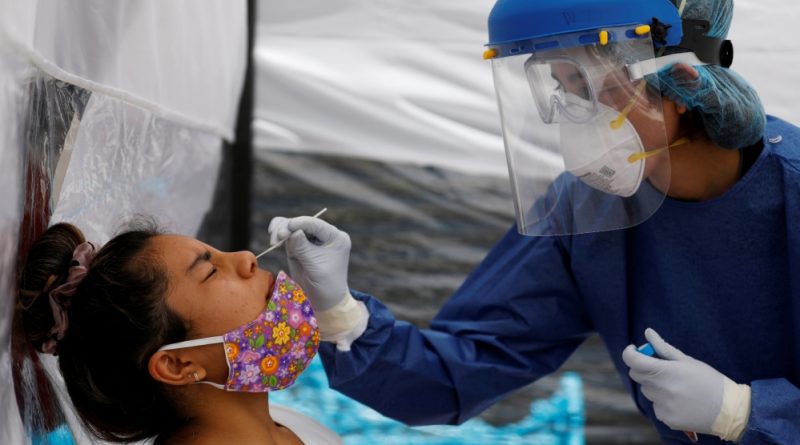 Prime Minister Jacinda Ardern announced that New Zealand would keep its current coronavirus restrictions in place until at least mid-September as a precaution.

Authorities had earlier lifted a lockdown in the city of Auckland following an outbreak there that began last month, but they continue to limit gathering sizes across the country and mandate that people wear masks on public transport.

“The best economic response remains a strong health response. If we get it right we will ultimately shake off restrictions faster and lessen the risk of bouncing around,” Ardern told a news conference.

Greg Hunt, the Australian health minister, extended restrictions on international travel and the entry of cruise ships until December 17 to protect the country against the spread of the coronavirus.

He cited the “unacceptable public health risk” posed by COVID-19 for the decision.

The restrictions on all international visitors were announced in March, with Australians and permanent residents also banned from leaving the country unless granted an exemption.

South Korean doctors have agreed to end a two-week strike which has hindered efforts to curb a new wave of coronavirus infections, Prime Minister Chung Sye-kyun said, after overnight talks over the government’s medical reform plans.

Chung said the government, the ruling party and the Korean Medical Association that represents the industry have reached a “dramatic compromise” and he expects “they will sign an agreement today”.

A Korean Medical Association spokesman said an event to sign an agreement was expected but nothing was final until it actually takes place.

Some 16,000 intern and resident doctors have been on strike since August 21. 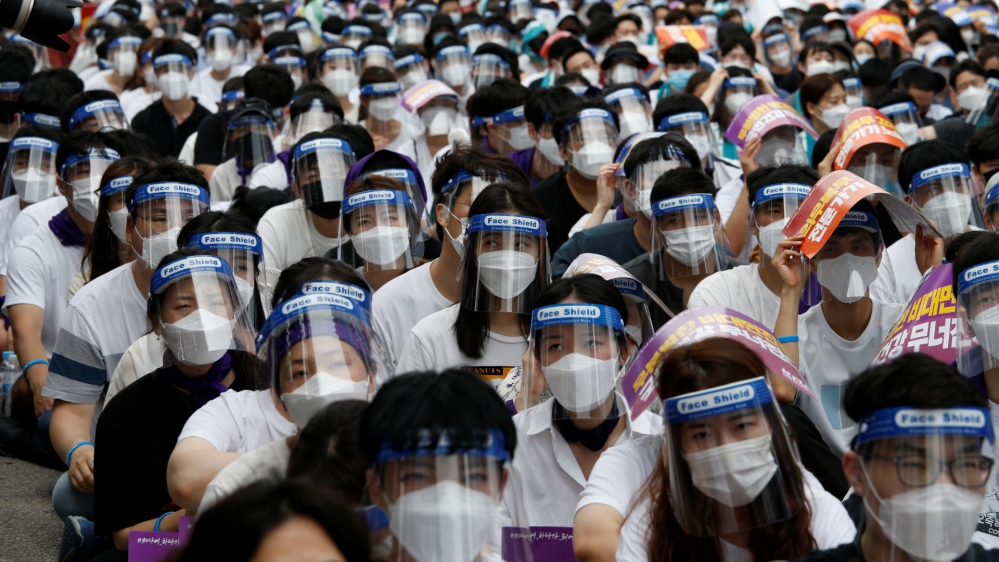 Virgin Atlantic is preparing to cut more than 1,000 jobs after seeing a slower-than-expected recovery in international demand for air travel, Sky News reported.

The airline will announce the layoffs as soon as Friday, the report said, adding that the latest round of cuts, if confirmed, would mean that Virgin Atlantic’s workforce has almost halved from about 10,000 people before the coronavirus pandemic.

Three more Paris Saint-Germain players tested positive for the coronavirus, taking the number so far to six and throwing the club’s start to the new season into chaos.

PSG announced the positive tests, without giving the names of the players and only saying that they are “subject to the appropriate health protocol”.

PSG was due to play their first game of the new season away to Lens on September 10. The French champion is also meant to face bitter rival Marseille at home three days afterwards, but both could yet be postponed because of health and safety protocols.

The number of confirmed coronavirus cases in Brazil has risen above four million, after health authorities logged 43,733 new infections at the end of Thursday.

Data from the health ministry also showed that the virus has caused nearly 125,000 deaths in Brazil.

Both totals are the second-highest for any country in the world, behind the US, according to the tally kept by Johns Hopkins University.

Around 100 million discounted meals were eaten by British diners during August as part of a government drive to encourage nervous customers back to restaurants.

Under the so-called “Eat Out to Help Out” programme, sitting customers could receive a 50 percent discount on food and non-alcoholic drinks at participating restaurants between Monday and Wednesday up to 10 pounds ($13) per person. 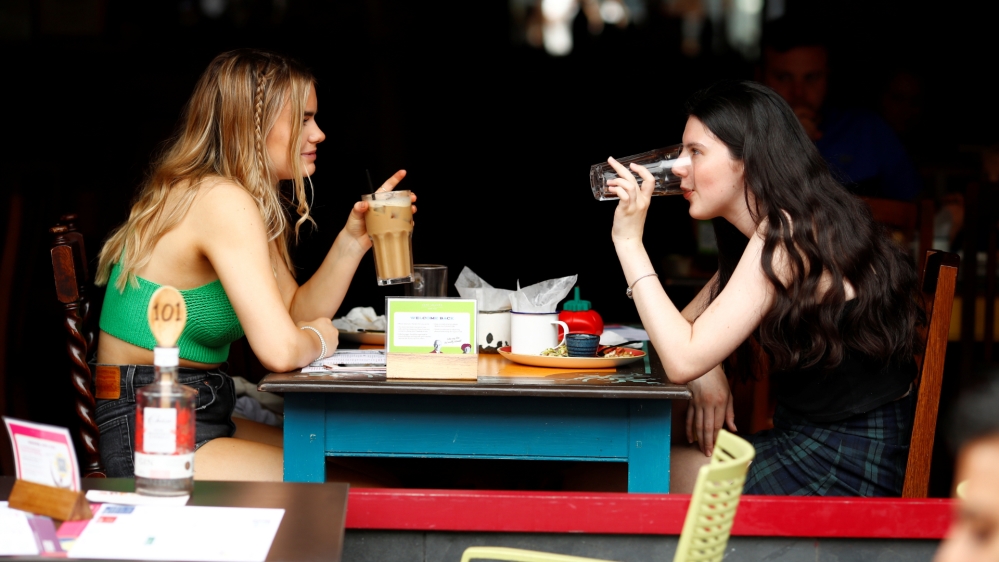 Diners have lunch outside a restaurant in Manchester, UK, as the ‘Eat Out to Help Out’ scheme continues [File: Jason Cairnduff/ Reuters]

Critics said the scheme did not change the underlying dynamics facing the industry, but Treasury chief Rishi Sunak said the programme helped protect the jobs of 1.8 million people working in the hospitality sector and boosted the country’s economic recovery from the coronavirus-recession.

“From the get-go, our mission has been to protect jobs, and to do this we needed to be creative, brave and try things that no government has ever done before,” he said.

Warner Bros said in a statement that “a member of ‘The Batman’ production” in the United Kingdom had tested positive for the coronavirus, but did not give a name.

Variety, the Hollywood Reporter and Vanity Fair all cited sources as saying the person who tested positive was Pattinson, the film’s star.

At least 7,000 health workers worldwide have died after being infected with the coronavirus, including more than 1,300 in Mexico alone, the most for any country, according to Amnesty International.

“Every health worker has the right to be safe at work, and it is a scandal that so many are paying the ultimate price,” said Steve Cockburn, head of economic and social justice at Amnesty.

“Many months into the pandemic, health workers are still dying at horrific rates in countries such as Mexico, Brazil and the USA, while the rapid spread of infections in South Africa and India show the need for all states to take action.”

Even these figures are likely to be “a significant underestimate,” as deaths may not have been officially registered in many countries, Amnesty said.

Contact tracing apps can sharply reduce the spread of the novel coronavirus even when only a few people use them, according to a study published by researchers at Google and Oxford University.

An app used by 15 percent of the population together with a well-staffed contact-tracing workforce can lead to a 15 percent drop in infection rates and an 11 percent drop in COVID-19 deaths, according to statistical modelling by the Alphabet Inc unit and Oxford’s Nuffield Department of Medicine.

The findings were based on data from a digital tracing system similar to one jointly developed by Google and Apple Inc.