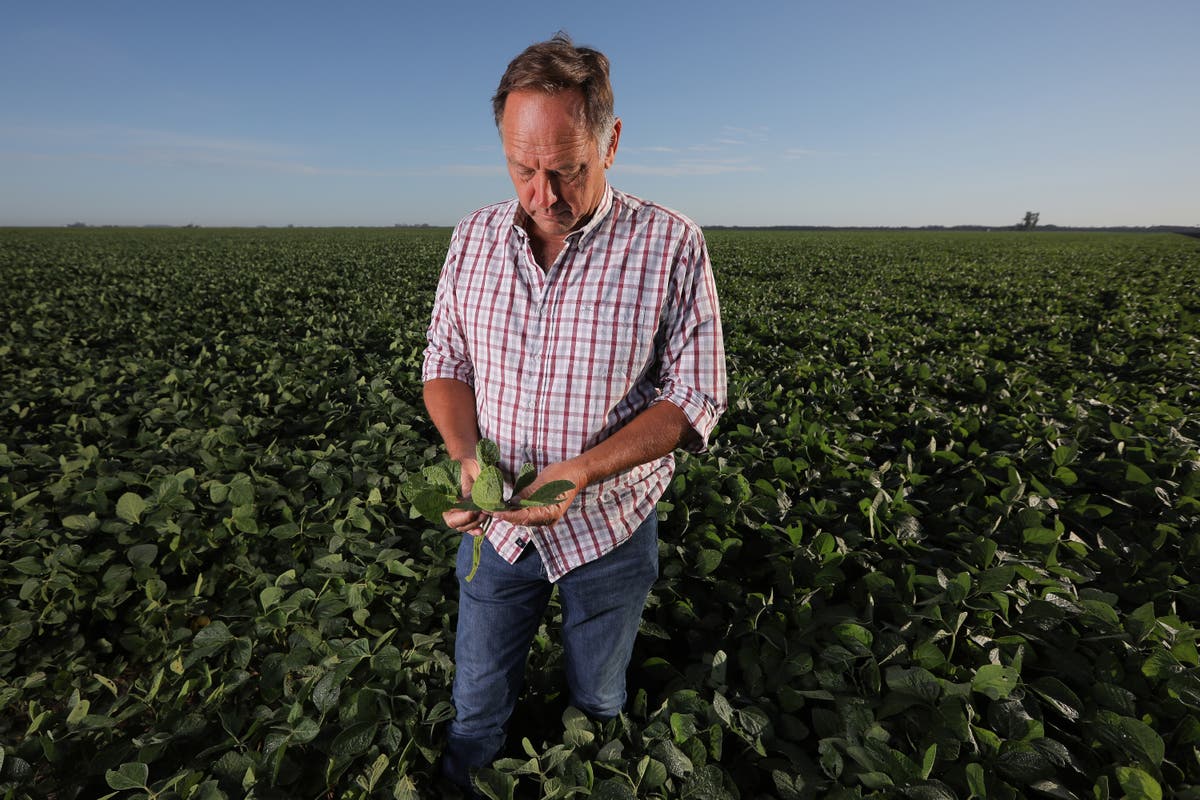 hould the rich pay for the pandemic? Argentina thinks so. Other countries are taking a look.

At his colonial-era estate in central Argentina, Gabriel De Raedemaeker says he’s already calculating what parts of his farm he might need to sell. It’s not that crops have failed or commodity prices are ailing. It’s the government’s new tax on wealth.

At least as far back as the 1940s, when the humble-born Eva “Evita” Peron delivered fiery speeches from the balcony to her “shirtless masses,” class conflict has lingered just below the surface of this chronically indebted South American state. To dig itself out of a gaping fiscal hole made worse by the pandemic, Argentina is issuing a clarion call now echoing around the globe: make the rich pay.

Nations have long turned to the rich in times of great crisis. After the two world wars, European nations and Japan embraced one-off wealth taxes to fund reconstruction. More recently, Ireland and Iceland used such taxes to help refill state coffers after the global financial crisis.

So why not, proponents argue, foist the cost of the epic global recession caused by the pandemic onto those who can most afford it?

Indeed, early data suggests pandemic-spurred recessions appear to be worsening inequality. Poverty rates have climbed, especially among younger, lower-skilled and female workers, while the wealthy are enjoying roaring stock markets and surging property values. It took only nine months for the fortunes of the globe’s 1,000 wealthiest individuals to return to pre-pandemic levels, according to the antipoverty group Oxfam International.

That lopsided result is heightening calls for a Robin Hood tax.

Argentina, saddled with crippling debt exacerbated by the pandemic, adopted a one-time special levy on the rich in December, demanding up to 3.5 per cent of the total net worth of citizens who hold at least 200 million pesos of assets. Also in December, struggling Bolivia passed a longer-term wealth tax hitting anyone with more than 30 million bolivianos ($4.3m; £3.1m). Morocco this year is set to impose a “solidarity contribution” on companies and wealthy citizens.

With Britain confronting its largest budget deficit on record, the independent Wealth Tax Commission has recommended a one-time levy that could affect people with as little as £250,000. Canadian prime minister Justin Trudeau has stopped short of endorsing a specific tax on the rich, but he has directed his finance minister to “identify additional ways to tax extreme wealth inequality”.

In the United States, for example, the wealth tax debate faded with the presidential candidacies of senators Elizabeth Warren and Bernie Sanders. But it remains alive at the state level in California and Washington state, where lawmakers have proposed a billionaire tax that would fall largely on the four wealthiest residents, including Bill Gates and Jeff Bezos.

“The very wealthy have already been able to recover financially from the pandemic, and going forward, you’re going to see an economic recovery moving at two speeds for the rich and everyone else,” she says. “So yes, you’re going to see many countries taking a look at the idea of a wealth tax this year.”

That’s already happening in parts of Latin America, one of the most economically unequal regions in the world, now suffering the globe’s worst recession. Politicians in several nations, including Chile and Peru, have been floating wealth taxes.

Yet in Bolivia, as in other nations where wealth taxes are being considered, opponents are decrying class warfare, accusing the political left of using the pandemic as an excuse to push through “demagogic” policies.

“The law will not have any impact on [the state’s ability to fight] the Covid crisis,” opposition Bolivian lawmaker Miguel Roca said. “It is part of their narrative of pretending to be a good government that is going to take from the rich and give to the poor.”

Analysts say the pandemic is likely to add momentum to calls for tax systems that address extreme gaps between the rich and the poor. But wealth taxes are notoriously tricky to get right, and they have a history of deeply negative side effects that can seriously undermine their intent.

In France, for instance, a long-standing wealth tax, repealed in 2018, was blamed for an increase in tax dodging and the flight of thousands of the country’s richest citizens.

“It can lead to the exit of wealth, which is of no benefit to any country,” says Jean Pisani-Ferry, a senior fellow with the Washington-based Peterson Institute.

A decade ago, 12 of the world’s most-developed countries had wealth taxes on the books. The number has fallen to three: Norway, Spain and Switzerland. Particularly complicated are those taxes designed to capture a percentage of assets, as opposed to income, such as the one-time levy in Argentina.

The reason? Even the very wealthy might not keep enough cash on hand to pay a large, unanticipated tax bill.

“You have intrinsic challenges with wealth taxes,” said Pascal Saint-Amans, the director of tax policy at the Organisation for Economic Cooperation and Development. “You can tax Bezos $1bn, but will he always have $1bn ready to pay in cash? What would he have to sell? It’s about the liquidity of assets.”

Argentina is turning to its wealthiest citizens after having lost the faith of foreign investors, and with little other means to plug financial holes. The country has weathered periodic financial collapses and debt defaults over several decades; it went into the pandemic with a need to restructure $65bn of private debt it could no longer afford to service.

The pandemic made matters worse: GDP plunged 11.8 per cent last year. The peso plummeted as fearful Argentines hoarded US dollars, and the government, as it so often has in the past, turned to the printing press to make ends meet. Now Argentina is seeking another major bailout from the IMF, one that is almost sure to come with the condition that the country institute spending cuts.

The poverty rate rose from 35.4 per cent in the first half of 2019 to 40.9 per cent during the same period in 2020. In recent months, Walmart, Latam Airlines, Uber Eats, Norwegian Airlines and Nike have reduced operations in Argentina or left the country.

Soup kitchens are overflowing with newcomers from the middle class. At a shelter in Buenos Aires one recent afternoon, a 74-year-old retired physicist says he had come for food because he couldn’t sustain himself on his small pension amid soaring inflation, projected to reach 50 per cent this year. He has suffered chronic delays in his cancer treatment, he says, as limited state health resources were diverted to the fight Covid-19, the illness caused by the novel coronavirus.

“My life is over,” says the man, who declined to give his name. “Do you get that?”

The government has managed to avoid a broader increase in poverty during the pandemic by embracing social programmes and offering cash handouts. Officials say the wealth tax is needed to help offset that spending. They project that the one-time levy will collect $3.5bn from roughly 12,000 individuals.

“We’re talking about 0.02 per cent of the population,” says Carlos Heller, a member of the Chamber of Deputies from Buenos Aires who co-sponsored the bill. “It’s a small contribution we’re asking from the richest Argentines.”

The richest Argentines, however, are notorious for hiding their wealth abroad, investing in lavish Miami condos or Uruguayan beach houses to keep their assets off domestic books. One group that has a much harder time doing that: the ruralistas – well-off farmers.

De Raedemaeker and other Argentine agribusiness owners see the tax as the latest battle in the class war between the populist Peronista party of President Alberto Fernandez and the wealthy rural farmers who once fuelled Argentina’s rise to become one of the world’s wealthiest nations. At the turn of the 20th century, it was said, Argentine farmers would take their cows with them on family trips to Europe – so their children could drink familiar milk.

Argentina crashed from its place at the top of the global wealth chain long ago, in a succession of economic crises, dictatorships and bruising political battles between the ruralistas and the Peronistas. In 2006, when the Peronista Nestor Kirchner was president, beef exports were temporarily banned to reduce domestic meat prices and curry favour with urban voters.

De Raedemaeker lost a bundle then, he said. Now, with the stroke of a pen in December, the Peronista government has increased his tax burden to the equivalent of $192,000, up from $113,000.

Like many ruralistas, De Raedemaeker is land-rich; he grows wheat and soy on 1,700 acres in Cordoba province, in the fertile western Pampas. But he says he doesn’t have the cash flow to absorb such a sudden hike and might need to sell a tractor to cover the cost.

“This attempt to build equality flattens us all,” he says. “Instead of rewarding merit, hard work and study, they simply want people to become reliant on the state.”