Earlier in the day, a parade of Trump supporters had driven through the city with flags lashed to their vehicles. “All aboard the Trump train,” one such flag read.

The brief moment summed up what Arizonans will decide on Tuesday, when the United States heads to the polls to choose the country’s next president.

The state’s more than 4.2 million voters will either help re-elect President Donald Trump or pick a Democrat for the first time in 24 years. With more than 2.3 million Arizonans having already cast their votes early, the state has broken its own records.

Jim Chilton, an 81-year-old rancher, lives in Arivaca, a small town on Arizona’s southern border with Mexico. Several miles of his land touch the US-Mexico border, where Chilton hopes Trump will make good on his pledge to build a wall.

“I hope Trump wins,” he told Al Jazeera. “We need a border, and we absolutely have to have a wall at the border.”

Although Arizona has historically been considered a Republican stronghold, the southwestern state has emerged this year as a battleground state.

As of Sunday, the opinion poll analysis website FiveThirtyEight estimated that Democrat Joe Biden had a narrow lead over Trump, putting the challenger at 48.7 percent and the incumbent Republican at 45.6 percent.

The last time Arizonans gave their electoral votes to a Democrat took place in 1996, when the state chose former President Bill Clinton over Republican candidate Bob Dole by 2.2 percentage points.

Jeremy Duda, a Phoenix-based reporter at the Arizona Mirror newspaper, has covered state politics since 2008. “In presidential races, we are never really competitive,” he said, although Democrats have made significant gains on the state and local levels in recent years, such as during the 2018 midterm elections.

“If [Democrats] make the gains that people think they’ll make this year … it will be kind of hard to tell if this is a real long-term trend, a real change, until we have some elections that don’t have anything to do with Trump,” he told Al Jazeera.

A senate race, too

On Tuesday, Arizonans will also choose a US Senate seat for which Republican incumbent Martha McSally and her Democratic challenger Mark Kelly are vying. McSally was appointed to that seat after former US Senator John McCain died in 2018.

Although polls have gone back and forth, several recent surveys have placed Kelly in the lead. Conducted between October 29 and 31, an Emerson College put Kelly’s support at 50 percent, three percentage points above McSally.

Another survey by Siena College and the New York Times, conducted between October 26 and 30, gave Kelly a seven-point lead.

All 30 state Senate seats and all 60 House seats are up for grabs this year. Republicans have held control of Arizona’s House since the 1960s, but Democrats are now optimistic that they will flip that branch of the state legislature.

State Representative Charlene Fernandez, the Democratic caucus leader in the Arizona House, says her party is “cautiously optimistic” ahead of Tuesday. “Everything’s at stake right now,” she told Al Jazeera.

Explaining that the state House has been under Republican control for more than five decades, Fernandez said that Republican and Democratic state legislators no longer work together “for the betterment of Arizona”.

“What I am saying right now is that this election is not only the most important election in my lifetime, but also in the lifetime of my children and my grandchildren,” she said.

While Arizona’s growing Latino population is one crucial factor in the state’s shifting sands, longtime GOP strategist Chuck Coughlin thinks the ongoing coronavirus pandemic has harmed Trump’s chances. “Absent the virus and the economic collapse, there is no way Trump loses,” he told Al Jazeera.

Coughlin has worked with influential Arizona Republicans, including the late Senator McCain and former Governor Jan Brewer. Although Arizona was once a given for Republicans, Coughlin now sees the party losing its grasp on the state.

He expects Democrats to win on the presidential, gubernatorial, and statehouse levels. After the elections, however, he expects the situation to come down “to this narrative: How do you govern?”

“Because I don’t think either party has a governing narrative right now,” he added.

As Election Day neared, Republicans ramped up their campaigning in the state. Last week, Trump visited Arizona for the seventh time this year, rallying in Bullhead City and Goodyear. Defending his pandemic response, the president promised that “normal life” would “fully resume”.

Addressing the crowd in Bullhead City, he claimed that Biden would introduce harsh new lockdowns. “With Sleepy Joe, there’d be no graduations, no weddings, no Thanksgivings – they’re already talking about no Thanksgiving,” he said.

On Friday, Vice President Mike Pence spoke to an audience in Flagstaff, marking his fifth visit to the state since July.

While Pence said economic recovery and “law and order” were important issues this year, he insisted that the bigger choice voters face is “whether America remains America”.

Contacted by Al Jazeera, the Arizona GOP did not respond to a request for comment.

Biden and his running mate, US Senator Kamala Harris, visited Arizona for the first time in early October, when they promised to offer economic relief and to fight the coronavirus pandemic. Last week, Harris returned to Phoenix and Tucson.

“We have witnessed the worst, the biggest disaster of any presidential administration in the history of this country,” Harris told a drive-in rally at Pima County Community College in Tucson.

Tyler Cherry, a spokesperson for the Arizona Democratic Party, said that Arizona has become a “critical state” for whoever wins the election – and he believes that will be his party.

Cherry cited the Trump administration’s handling of the pandemic, the economic impact on workers and small businesses and Republicans’ efforts to dismantle the Affordable Care Act.

“Arizonans deserve a president who will lead with moral decency and common-sense plans to build our country back better – which is why they’ll be sending Joe Biden to the White House,” he told Al Jazeera.

Although he switched his party affiliation a little more than a decade ago, he says today’s Republican Party “is nothing like what I remember”.

Voting for Biden this year, Sayles believes Democrats have a “really good chance” of flipping the state.

“I was appalled that Trump was elected the first time,” he told Al Jazeera. “In my mind, there’s nothing about him that a president should be.” 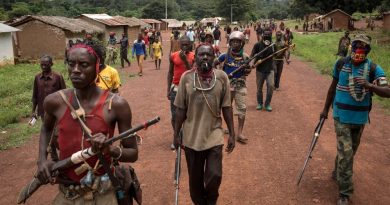 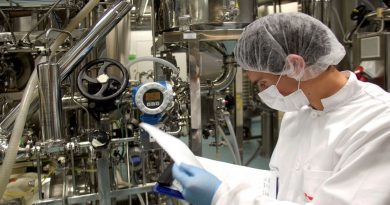