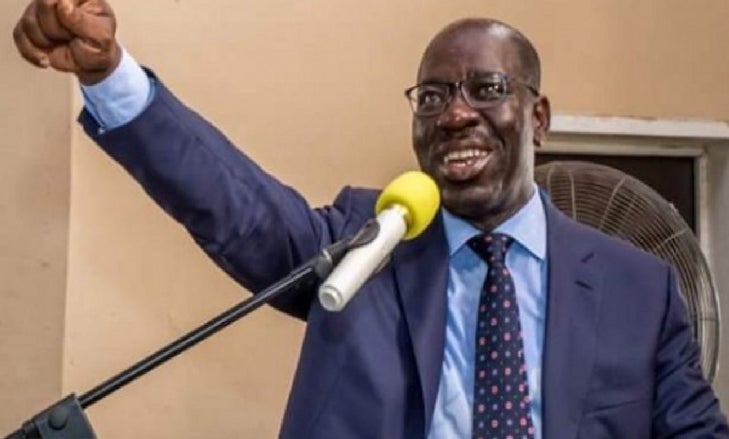 Politics
May 30, 2021May 31, 2021 Mary 0 Comments
TweetPinPrintLinkedInEmailFacebook 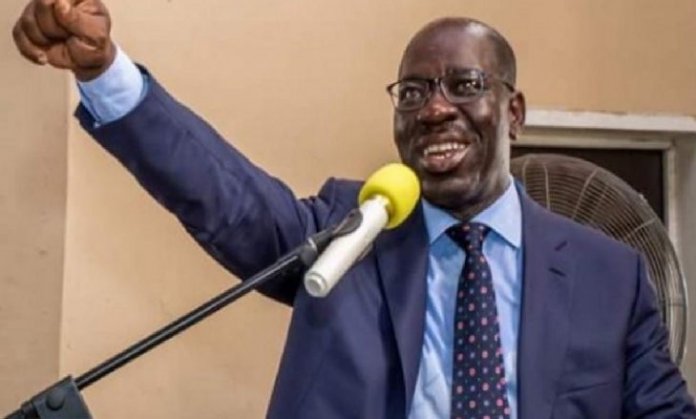 The apex court in a unanimous judgment held that the appellants failed to prove their case beyond reasonable doubt.

The APC and one of its chieftains, Williams Edobor, had appealed the judgment of the Abuja Division of the Court of Appeal, which had dismissed their case of certificate forgery against Obaseki on the grounds that the allegations were not proved.

However delivering judgment in the appeal, the apex court just like the appellate and trial courts held that the appellants failed woefully in their case having not provided any disclaimer from the school that the said result was not issued by it.

The apex court in the judgment delivered by Justice Emmanuel Agim, also agreed with the lower courts that the appellants did not meet sufficient requirement of the law in proving their allegations.

The court accordingly upheld two judgments of the Court of Appeal Abuja and the Federal High Court, Abuja, which had earlier dismissed the case of the appellants for lacking in merit.
The court in addition awarded a cost of N1 million in favour of Obaseki.

Reacting to the judgment, the Peoples Democratic Party (PDP) hailed the judgement of the Supreme Court which upheld the election of Edo State Governor Godwin Obaseki, describing it as the inevitable triumph of the will of the people over anti-democratic forces.

Also, the Edo State Deputy Governor, Mr. Philip Shaibu, described the Nigeria Judiciary as the referee of Nigeria’s democracy through enforcement of the rule of law, to protect the minorities from the power of the majority, despite their attempts to tilt the playing field against the rules.

The Abuja Division of the Court of Appeal had on March 18, dismissed the appeal of the APC seeking to upturn the judgment of Justice Ahmed Mohammed of a Federal High Court, Abuja which dismissed the case of the plaintiff on grounds of abundant evidence that the certificates Obaseki tendered to the Independent National Electoral Commission (INEC) were genuine and issued by relevant authorities.
APC in the suit was seeking the sack of Obaseki as governor on grounds that he forged documents he submitted to INEC in aid of his qualification for the 2020 governorship election in Edo State.

The 3-man panel did not only dismiss the appeal of the APC for being incompetent and lacking in merit but went ahead to award the sum of N250, 000 as cost in favour of Obaseki.
Justice Stephen Adah had in the judgment held that the lower court was right in its findings and conclusion in the APC suit.

The appellate court also upheld the testimony of the Deputy Registrar, Legal, Mr. Abayomi Ajayi who confirmed that Obaseki attended University of Ibadan in 1976 and fulfilled the requirement for admission into the institution.

Adah added that the evidence of the Deputy Registrar was direct in showing that Obaseki did not forge his University of Ibadan certificate submitted to INEC and as such fulfilled all requirements to contest for the governorship position of Edo State.

The trial court had on January 9 this year dismissed the alleged certificate forgery suit against Obaseki, on grounds that the party failed to substantiate its claim of forgery.
But not satisfied APC approached the Appeal Court to challenge the judgment of the lower court.
The PDP asserted that the verdict of the apex court in throwing out the petition of APC was a resounding reinforcement of the popularity of the PDP and Governor Obaseki in Edo State, as firmly established in the election.

The party in a statement by the National Publicity Secretary, Kola Ologbondiyan, urged Governor Obaseki to continue in his commitment towards the development of the state and the well-being of his people in line with the manifesto and ideology of the PDP; the very reason he was overwhelmingly re-elected as governor of the state.

The PDP said that it was proud of Governor Obaseki for the empowerment of the people as well as massive infrastructural development of Edo State in critical areas of healthcare, education, agriculture and food production, oil and gas, industrialisation among others.
The party also commended the judiciary for its courage in upholding justice and the will of the people in the Edo governorship election.

Shaibu while reacting said, “The ruling of the Supreme Court today has shown that the judiciary does not lack teeth. The rule of law is the strong pillar and rock on which Nigeria’s democracy stands. Every other foundation is made of sinking sand because the judiciary is no longer bound by artificial limitations.

“The judiciary constitutes the most important vessel in the sustenance of democracy in Nigeria, even as he reminded politicians that the Supreme Court is not a systematic instrument for the acquisition of political power.

“The final judgement today has demonstrated to the World that the Nigerian Judiciary is not a pawn in the hands of desperate politicians to realise their ambition. The rule of law has prevailed and this has demonstrated further that no one can sit above the law. Justice is the greatest interest of man and the ligament which binds civilised people together. Today’s judgement has reinforced this saying due to the celebration all over Edo State and other parts of the World.

“The extent to which the Nigeria Judiciary is free to perform it’s roles and efficiently too, will determine how developed and how deep rooted our Democracy will be.” 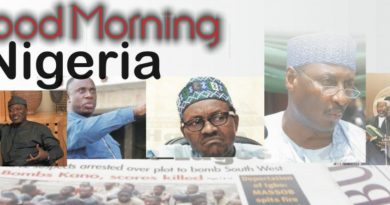 Nigerian Newspapers: 10 things you need to know this Sunday morning

Faith Constitutes the Base of Islam 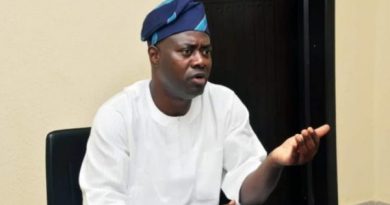 Oyo APC, Makinde in war of words over N100bn bond