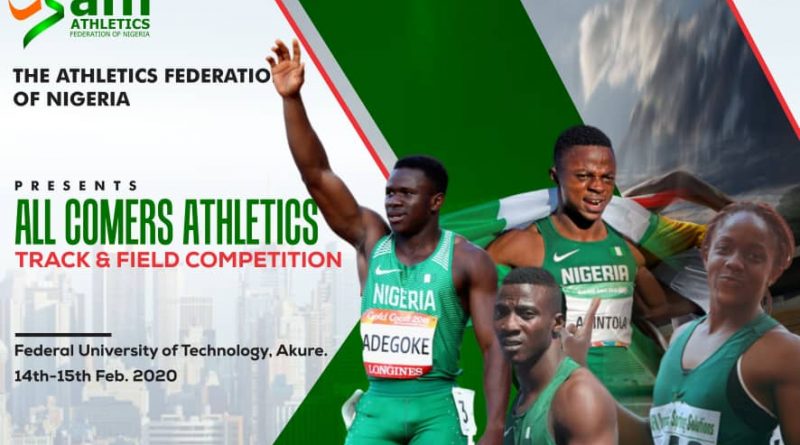 The Athletics Federation of Nigeria (AFN) will use this weekend’s All Comers Athletics competition to select the first set of athletes that will qualify for its first Classics competition which holds in Ado Ekiti at the end of the month.

Brown Ebewele,the technical director of the federation disclosed that a certain number of athletes will qualify either by position or time for the classics while the All Comers Athletics that will come a day before the Ado Ekiti event will be used to get the remaining set that will complete the line-up for each classics event.

“We are reintroducing a model that worked perfectly for us in the past where athletes will qualify to run in the classics. We will have four athletes who will qualify from a classics event while the remaining four that will make up an eight-lane event will be selected at an all-comers event that precedes each meeting,” said Ebewele.

“What this will do is that it will engender competition among athletes as you will need to qualify for the Classics before you can be entitled to accommodation and transport subsidy. This is in addition to the prize monies on offer for each event,’m” explained the AFN technical supremo.

“It was during that time we got home-based athletes running very fast and world class times. I remember Deji Aliu ran 10.02 seconds in Bauchi in one of the legs of the event in March, 1995. Davidson Ezinwa completed a sensational sprint double in January, 1990 in Bauchi where he ran 10.05 seconds over the 100m and 20.30 seconds in the 200m. There was so much competition then and this present board of the AFN wants to bring it all back.”

Ebewele is confident this weekend’s All Comers Athletics competition will be of great help to the athletes who have been training so hard without having an opportunity to gauge how far they have gone with their training, what needs to be corrected and how ready they are for the new season, especially the Edo 2020 National Sports Festival which will be used to select athletes for the first phase of camping for both the African Championships in Algeria this June and the Olympic Games in Japan in July/August.

The AFN technical director advised athletes not to participate in competition(s) not sanctioned by the AFN under the leadership of Honourable Olamide George. He also advised states not to allow their stadium to be used to organise events not sanctioned by the federation, especially events fraudulently organised in the name of AFN.

“There is only one AFN recognised by the Federal Government and only known to Nigerian laws,” said Ebewele , noting article one of the AFN constitution made it abundantly clear that the AFN is one of the 38 sports associations under the supervision of the Federal Ministry of Youth and Sports Development.

Ebewele reminded state associations that they must be in good standing with the AFN before they can be allowed to participate in AFN events.

The AFN All Comers Athletics competition holds on Friday and Saturday at the Federal University of Technology, Akure. The athletes will arrive on Friday while the event proper takes place the next day. 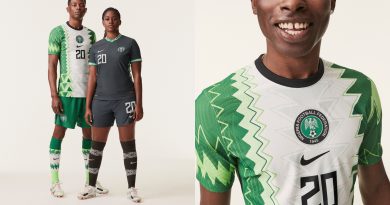 Nigerians React As Nike Explain The Reason Behind The Design 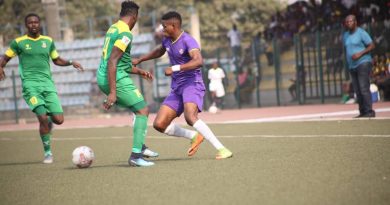