The Athletics Federation of Nigeria has released a tentative timetable for the June 14 Elective Congress that would usher in a new board.
According  to the the timetable sent to World Athletics by the Secretary General of the AFN Prince Adisa Adeniyi Beyioku, the extraordinary congress of the Federation where a three-man Electoral Commission will be appointed and inaugurated in accordance with article 7.2.1 of the 2017 AFN constitution which World Athletics had affirmed will be used to conduct the elections.
The appointment and inauguration of the Electoral Commission will midwife  the process for the Elective Congress on Tuesday June 8, 2021 in Abuja.
The AFN  Secretary General Prince Beyioku stated that State Athletics Associations who constitute the 37-member  congress have been notified, just as the AFN had sought the approval of the timetable from World Athletics.
This became necessary following the refusal of Mr Ibrahim Shehu Gusau to transmit a letter to the Secretary General to convene and prepare the programme for the extraordinary congress in accordance with articles 4, 6.1.4, 8.3.6 and 8.3.9 of the AFN constitution.
The Federation had reported Mr Gusau’s violations of several articles of the AFN constitution and the terms of agreement reached at the reconciliation meeting held in April by members of the executive board of the AFN with two top officials of the Confederation of African Athletics, CAA.

“Both the CAA and WA have affirmed that they only recognise the 2017 constitution which was adopted at the congress on November 16, 2017 with Mr Gusau presiding as the president of the Federation,” Beyioku reiterated.
Beyioku  further  revealed that the  attention of WA had been  drawn to Mr. Gusau’s infractions by disregarding the world governing body’s letter to him that the 2017 AFN constitution is the officially  recognized document which must be used to conduct the June 14 Elective Congress.

“We have forwarded the purported guidelines released by his Electoral Commission to WA and the communique issued after the disputed congress reportedly held on May 12, 2021 where the agreements reached at April’s reconciliation meeting were rejected as well as  the 2017 constitution which both the CAA and WA insist must be used for the conduct of  the elections.”
The WA had in a letter through  the Chief Executive Officer, Mr Jon Ridgeon and signed by Carolyn Launios, executive assistant categorically denied the purported amendments of the 2017 constitution reportedly carried out at a disputed congress in Awka in December 2019.

The letter  warned Mr Gusau  that it would exercise the powers conferred on it by the 2019 WA constitution if its instructions are ignored. 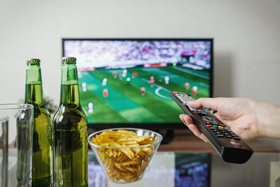 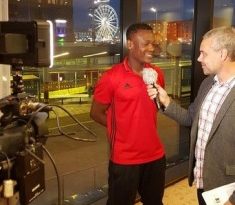 A Number of Nigerians Are Flourishing In The Swedish Allsvenskan This Season:: All Nigeria Soccer