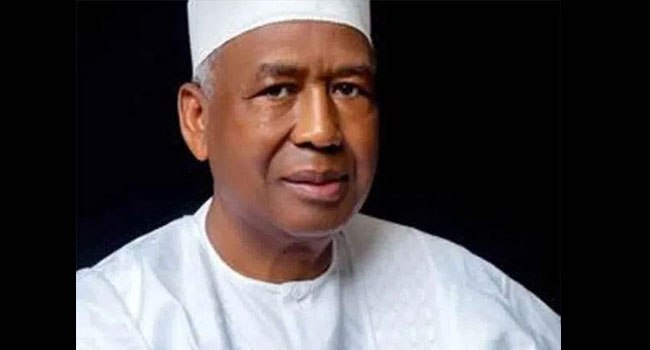 Finally, the day is here. The day I have feared all along and always pray that it should never come, though I know it will ultimately come. The day that, whenever I think of it, I always nurse the wishful thinking that will immediately vanish.

It is the day that with shaking fingers and teary eyes, I would have to write a memorial tribute to someone that I have been closely related with in my entire life, the late Mallam Ismaila Isa Funtua.

As my father’s younger brother, I grew up to know Baba Sama, as we fondly called him within the family circle as an uncle who over the years metamorphosed to a father, teacher, mentor, confidant, adviser and above all, my pillar of support.

Baba Sama before his return to his creator on July 20, 2020 meant different things to different people, but for me he meant one thing – My Backbone – which makes it difficult for me to, in one breath, describe him or relate my experiences with him. His major impact on my life as an adult was changing the course of my career to journalism profession through cajoling and persistent advice.

In doing that, he got a helping hand in my two former bosses at the defunct Democrat newspapers, late Mallam Abdulkarim Al-Bashir and former Chief of Staff to the President, late Mallam Abba Kyari.

I was at the Democrat on student industrial attachment from Kaduna Polytechnic as student of Printing Technology when Baba was the Managing Director, Al-Bashir as Editor-in-Chief and Kyari as Editor and was naturally deployed to the Production Department of the company where I was expected to gain the practical knowledge related to my course.

However, with the guidance and support of some editorial staff, particularly Ali Mohammed Sabi’u (presently Kaduna state correspondent of Tribune), I started writing articles on politics and other national issues and later on “graduated” into writing news stories, an expedition that made the late Baba to sustain his efforts in convincing me to switch to journalism. He was later joined in the push by late al-Bashir and Kyari until I succumbed after completing my course in Printing.

By formally becoming a journalist and joining the News Agency of Nigeria (NAN), I became closer to Baba by frequenting his house mostly at his invitation, or while unable to visit chat on phone on national issues, particularly politics.

When I opted to resign from NAN and join the Peoples Daily newspaper, Baba didn’t object though he had his reservations but gave me his blessings when I told him my decision and my reasons. His reaction to my career move was typical of Mallam Ismaila. He always deferred to superior reasoning, no matter his stand on a matter.

As politics correspondent and later political editor of Peoples Daily, Baba gave me all the support needed by becoming one of my reliable sources of getting or confirming a news story.

Apart from journalism, my close relationship with him taught me several life lessons such as virtue of loyalty and honesty in every dealing, particularly in political office.

The day I told him that former Speaker of the House of Representatives, Alhaji Aminu Waziri Tambuwal offered me appointment as his Special Assistant on Print Media, his admonishment was: “Muhammadu, he (Tambuwal) gave you this job based on trust therefore hold it in trust too. Never betray him for whatever reason, be honest with him and maintain absolute loyalty to him, no matter the circumstances”.

I remember vividly the anger in his face when sometimes in 2014, over a lunch, I expressed my bitterness on how he released one of his property in Kaduna for Mallam Nasir el-Rufai to use it as a campaign office considering the humiliation he suffered in the hands of the Governor when he was FCT minister.

El Rufai had demolished the head office of  Baba’s company against a valid court order, and as if that was not enough, el-Rufa’i dedicated pages in his book, ‘Accidental Public Servant’ to rain insults on Baba and denigrated his person.

“And here you are giving him your property for his campaigns free of charge, making us your sympathisers looking like fools,” I blurted out in anger.

Baba’s response after a deafening silence for some minutes not only made me change my stand on the issue but also taught me a lesson for life. He calmly and in uncharacteristically low voice said, “Muhammadu, you are right to be angry, but as a father, I strongly advise you never to repay evil with evil. Always strive to do good to those who did bad to you as that is the only way you will express your appreciation to Allah for elevating you above your detractors.”

Baba’s legacy within the extended family of late Isan Ammani is legendary as in spite of his status, influence and affluence, he remained accessible to all and sundry always giving a listening ear and helping hand to each and every one of us, thus becoming our rallying point. Baba, we will be eternally grateful for that.

No doubt, late Mallam Ismaila Isa was one of the pillars of the Buhari administration but he was greatly misunderstood as during many of our conversations he would express his displeasure at some happenings in the country. He would lament and expressed his frustrations to the extent that I will begin to wonder if he was actually as influential as many believed he was in the government.

Whenever I suggest that he can intervene if he felt that strongly about any issue, he would just say “Muhammadu, governance is not for one individual, not even the President, and remember, I don’t hold any political office.”

My inability to convince late Baba in spite of the enormous pressure I mounted on him to author a biography is one of my greatest regrets.

The present generation and generation yet unborn have lost an opportunity to have benefit from the numerous experiences and stories of political intrigues and calculations as Mallam Ismaila was a key participant in the nation’s power game for many decades. He was an encyclopedia on the nation’s political journey and history.

Even my decision to enlist the assistance of his son, Abubakar, and Mallam Mahmud Jega of Daily Trust could not help in getting Baba to work on his biography.

Now the reality has dawned on me, that Baba, like all mortals, has answered the call of his creator as we will all do, I know the few coming days and months will not be easy as I have already started missing those night long calls that made Aunty (his wife) to nicknamed me information minister, the weekly Friday lunch with other family members and the jokes and banters I always shared with Baba as if I am his grandchild not a nephew.

Our only consolation is that at 78, Baba Sama not only lived long but lived well in every aspect, particularly in positively impacting on the lives of many people, some of whom he himself did not even know. Allah ya jikan, Baba Sama.