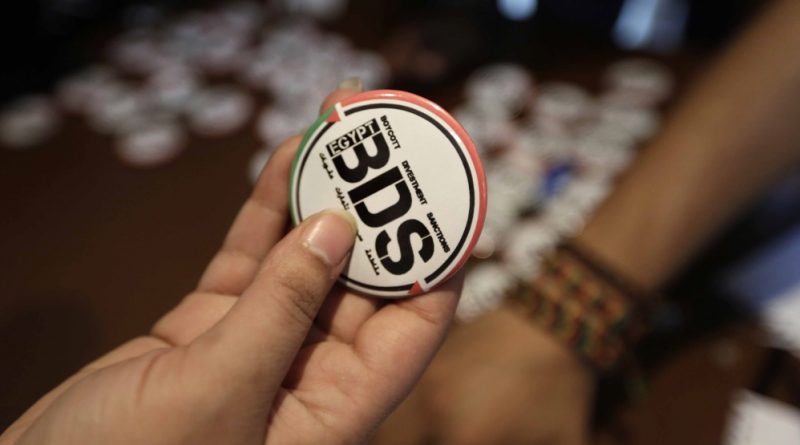 It has been almost 15 years since the Boycott, Divestment Sanctions (BDS) movement was launched by the Palestinian Campaign for the Academic and Cultural Boycott of Israel (PACBI).

The aim of the campaign is to force Israel and its supporters to recognise that the status quo in Palestinian lands and Israel is not tenable in the long term and that there can be no solution without respect for international law, civility and democracy. That means ending the illegal occupation of the West Bank and the siege of Gaza, securing equal rights within Israel for its Palestinian citizens, and implementing the right of displaced Palestinians in the diaspora to return to their homes.

Today, the BDS campaign enjoys the support of the vast majority of Palestinian civil society. The tide is changing in the West as well, where Israel’s multitiered system of oppression, namely occupation, colonisation and apartheid are increasingly condemned.

International civil society seems to have reached the conclusion that, like South Africa‘s, Israel’s system of oppression cannot be brought to an end without ending international complicity and intensifying global solidarity, particularly in the form of BDS. Thus, the campaign is fast approaching its South Africa moment of maturity and impact.

I personally have been involved in BDS since its inception and wholeheartedly support it. I am also, however, one who is concerned about public attention being limited to the immediate demands of the campaign at the cost of developing a coherent plan for Palestine’s political future. In other words, as the campaign limits itself to ensuring the rights of Palestinians are respected, it is lacking a vision for the political reality within which such rights will be extended.

The BDS campaign has been purposefully ambiguous about the shape Palestinian statehood should take and there are tactical reasons for it – mainly to avoid disagreements within the movement.

However, I am of the view that opting for silence on important political questions about Palestine’s future is the wrong tactic. Focusing on the end of occupation, rights for Palestinians in Israel and the right of return has to be put within a political programme that endorses a one-state solution.

That is why I cofounded, with a group of academics and activists, the One Democratic State Group. The group, which is part of the One Sate Campaign, has put forward a programme which not only reaffirms the right of return, the rights of Palestinian citizens of Israel, and the end of occupation, but also proposes a vision for statehood, economic development, social justice and responsible international politics.

The central premise is that the two-state solution is dead and should be pronounced as such, despite the attachment many groups, especially leftist ones, have to it.

It is time that all those who continue imposing the two-state solution on the public discourse in Palestine and outside realise that Israel’s strategy of colonisation of the West Bank and gradual expulsion of the Palestinian residents working towards a future annexation has rendered a two-state solution impossible.

At this point, sticking to the two-state vision – an impossible solution – simply means the continuation of occupation, colonisation and apartheid.

Even though I completely understand the position taken by defenders of the rights-based approach, I still think that there is an urgent need for a political vision that helps put a light at the end of the tunnel for those millions of people living between the Jordan River and the Mediterranean, and more than five million Palestinian refugees scattered all over the world.

It would be no different from white-ruled South Africa – a state which gave exclusive rights to one race while excluding all others. If we are to learn from the South African anti-apartheid movement, then we should heed its political vision: Democracy, racial equality and the end of segregation.

This strategy led to the creation of a secular, democratic state on the land of South Africa, which belongs to all South Africans – just as the Freedom Charter of the South African Congress Alliance envisioned.

What boggles the mind is how some people who supported the end of apartheid do not see the inherent contradiction in their support for an ethnic Palestinian state, which would fulfil the right to self-determination only of those Palestinians who reside in the West Bank and Gaza and deprive the diaspora and Palestinian citizens of Israel of this right.

This is the equivalent of supporting the “right” of the four infamous Bantustans – Transkei, Bophuthatswana, Venda and Ciskei – to “independence”.

We have to move beyond the one- vs two-state solution debate, and try to pursue the more accurate approach – the rights-based struggle coupled with a clear-cut political vision that can be realised within the framework of a unitary state with guaranteed equality for all its citizens regardless of religion, ethnicity or gender.

For now, the BDS campaign may be delaying taking a stance, but at some point in time, it will have to.