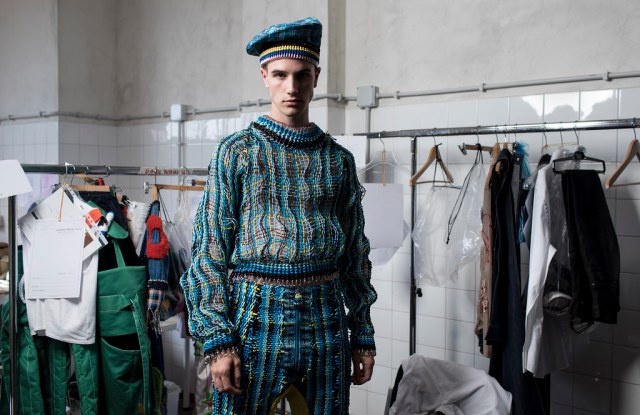 
In regular times young designers and students fresh out of design schools would give it a go and try to establish their namesake brands, perhaps capitalizing on the spotlight received from participating in one the many international fashion talent contents.

Fast-forward to the pandemic-scuppered 2020, and young creatives have to face a harsher reality: Buyers and merchants are less inclined to invest in talent that has yet to build its momentum and more generally customers may be more conservative when it comes to their fashion choices.

So what’s the way forward for young talents to thrive in the current context?

“They’re up against struggle, because for the past 10 years or so the big companies have been doing better and the small, independent companies have been doing worse. This has not just happened with the COVID-19,” said Valerie Steele, director and chief curator of The Museum at the Fashion Institute of Technology and a member of the jury at last week’s International Talent Support, or ITS, contest.

“I think for a young designer, creativity is the only way, but you have to stretch with the idea of what creativity means. It doesn’t necessarily mean a wild and wacky thing.…Creativity can mean really thinking carefully about what people need, what makes something better, what would be a more sustainable way of making a sneaker, for example,” she noted.

Andrea Rosso, sustainability ambassador and upcycling artistic director, as well as creative director of Diesel Licenses and of MYAR, shared a similar belief. “A young designer’s creativity, ideas, desire and even emotions need to get across in a way that people can understand,” he said. “Their narrative needs to be quickly understandable and visually bold. This allows a brand to thrive.” 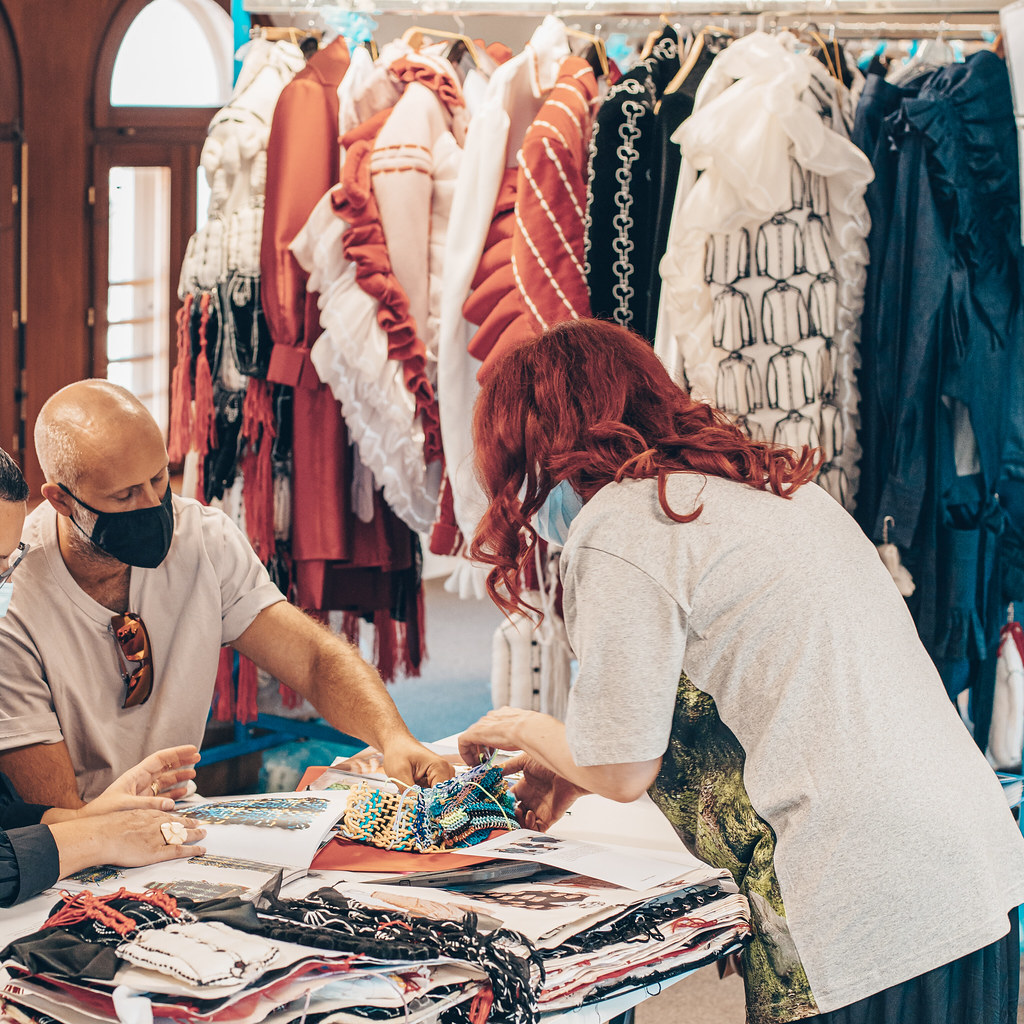 “A big company can get away with much less creativity because they have all this momentum and money…for young, emerging designers you have to have something that’s really there. You can’t just fake it,” Steele offered.

“When you’re facing a tough moment in time, you need to be very bold, very creative but also very focused on what you want to say and pragmatic,” added Christelle Kocher, founder of the Koché brand and also a jury member. Incidentally she met with OTB’s Renzo Rosso at the 2019 ANDAM fashion awards and forged ties with the group’s Staff International production arm soon thereafter.

“In the end we maybe have to be a little more pragmatic…but more than in any other time fashion is here to make us dream and escape the reality and I think that creativity and passion are the power of dreams,” noted Kocher.

Getting a brand’s message across requires a focus on local networks and communities, jurors said. This applies to both local consumers and an inner circle of friends and colleagues, the latter serving as business advisers, photographers, filmmakers and trendy people wearing the clothes.

“Try and build up that local network, that’s your core first step,” Steele said. She also believes young designers should not forget the potential of local media and retailers, as opposed to immediately aspiring to marquee ones.

“Would you like to look at places in your town where you are? That’s not only more sustainable, it’s also more realistic and maybe you can get people to pay more attention,” she explained, suggesting they rent a storefront for, say, two days and open a pop-up shop.

There are cultural and economic implications to a community-based approach. Kocher, for example, noted that those communities include craftsmen and small companies manufacturing for the brand, which the latter can contribute to preserving.

Rosso agreed, noting that “the hands of craftspeople sewing the clothes need to be preserved. Manufacturing knowhow is an essential part of the equation, the technical skills, experimentation on products and their sustainable quotient is of the uttermost importance today.” 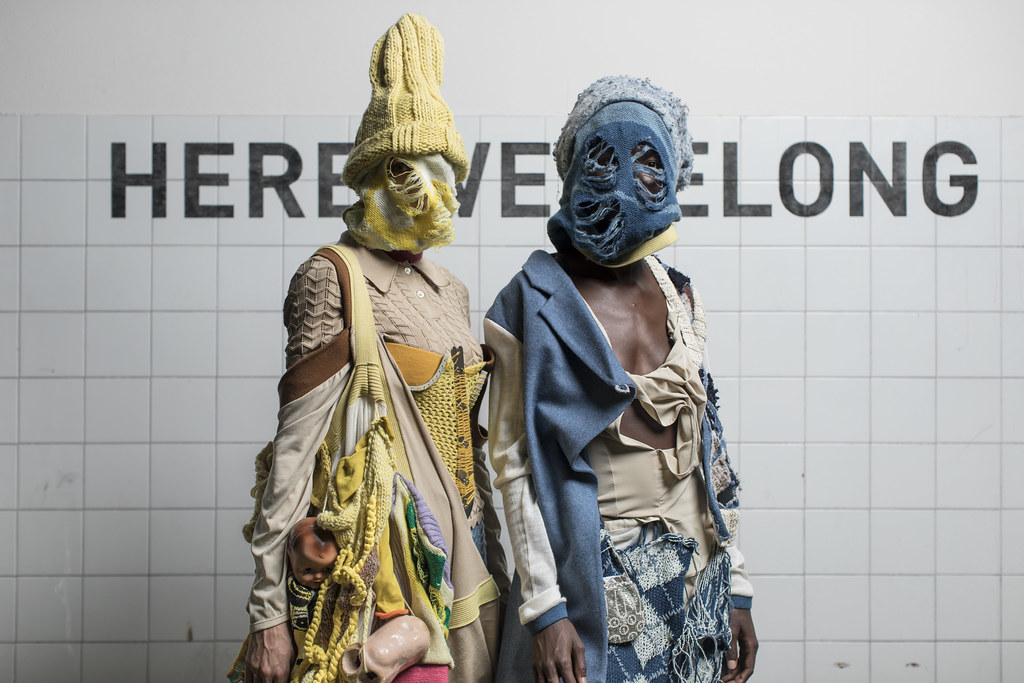 Ultimately local communities can turn into loyal customers if they are provided with unique and distinctive products.

“People get amazingly loyal when they find something that’s significantly better than other products of the same type,” noted Steele. “I think that the more specialization, the better…be known for something that you can be especially good at.…If everybody has T-shirts, is there anything about your T-shirt that’s going to be genuinely, importantly different?” she questioned.

“I would say that fashion is still about powering a dream, which is super important. But at the same time, I think it is also about spreading a value that’s intrinsic to the brand…and in tune with the world we’re living in,” said Kocher, mentioning sustainability as a top priority.

“I think it is going to be increasingly important not just to create beautiful garments but garments which have an impact or a value, which are respectful toward the planet and the people who live on it,” Kocher mused. “It’s necessary to be an example.”

Rosso said that not only building but also embracing your community and feeding it throughout your career is the way forward. “You need to be loyal to them…if customers feel like you are in sync with what they expect, your business can thrive. Otherwise there’s nothing to do but adapt and align.”