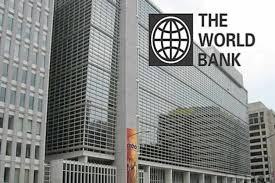 Business
June 16, 2020June 16, 2020 Mary 0 Comments
LinkedInFacebookTweetPin
LiveChat will greatly increase the number of your satisfied customers. I've already tried it and I can recommend it as a go-to customer service tool! Sign up today for a free trial!

The World Bank and the Extractive Industries Transparency Initiative (EITI), the global standard for the promotion of openness in the oil, gas and mineral resources management, have said Nigeria has so far recovered about $3 billion as a result of more transparency in the sector.

A report released by the World Bank’s Extractives Global Programmatic Support (EGPS) Multi-Donor Trust Fund and EITI, at the weekend, noted that through the work being done by the Nigerian Extractive Transparency Initiative (NEITI), about $20 billion in revenues could still be retrieved.

This was coming as the Department of Petroleum Resources (DPR), Nigeria’s oil sector regulator, has released what it described as the strategic plan and policy for the survival and success of the industry post-COVID-19.

While acknowledging that the country still faces developmental issues, including the need to reduce economic dependence on oil and rebuild social infrastructure, both organisations, however, noted that Nigeria has made improvements in the governance of its oil sector.

“Reports, policy briefs and other knowledge products published by the Nigeria Extractive Industries Transparency Initiative (NEITI) have been a catalyst for ongoing reforms and have helped the country to identify about $20 billion in recoverable revenues, and to recover approximately $3 billion into government coffers to date,” the global bodies stated.

Having enacted the Nigeria EITI Act in 2007, the World Bank publication noted that though there’s still much work to do, the country has made some progress in terms of reducing the opacity in the extractive industries.

“The EITI in Nigeria encountered some initial hurdles in publishing accurate and timely reports on key sector data, such as production, revenues and governance processes.

“Some reports were delayed by several years, meaning that those who could hold the state accountable for oil revenues – such as investors, companies, civil society organisations and the media – received data only several years after the reporting period.

“With the help of the World Bank’s Extractives Global Programmatic Support Trust Fund, NEITI has now succeeded in producing its reports in a much more timely and efficient manner,” the report noted.

Describing the country as having made satisfactory progress in implementing the EITI standard, the report added that Nigeria remains one of the eight countries that achieved this assessment, among the EITI’s 53 member countries.

Both organisations commended NEITI for working hard to release prompt reports on the extractive industries, including the one on the Nigerian National Petroleum Corporation (NNPC), which succeeded in drawing the attention of the Nigerian authorities.

“A 2017 policy brief on unremitted funds highlighted more than $20 billion, which the national oil company, the Nigerian National Petroleum Corporation (NNPC), should have contributed to government revenues, highlighting the urgent need for oil sector reform. The brief received widespread attention, generated a national dialogue and caught the attention of decision-makers.

“Another policy brief highlighted the failure of the federal government to adjust the royalty in production-sharing contracts in line with the price of oil and inflation, as provided in the Deep Offshore and Inland Basin Production Sharing Contract Act. The brief contributed to an amendment to the law, which was then enacted eight months later,” they said.

According to the two bodies, stakeholders, across the legislature, presidency and national oil company, have embraced the spirit of transparency and reform inherent in the EITI process, sparking a wider change in the country and driving forward oil sector governance and policy reform.

The World Bank and EITI explained that as a result of progress being made, the Senate Committee on NEITI Reports was established, following the organisation’s presentation of its key findings and remedial issues for legislative action.

“A joint committee between NEITI and the NNPC was set up. The committee is addressing pending remedial issues relating to public disclosure (involving NNPC and its subsidiaries) and developing time-bound strategies to improve transparency as part of its reform agenda.

“The federal government has now reconstituted the Presidential Committee on Revenue Monitoring and Reconciliation, of which NEITI is a member. The work of the NEITI has set in motion broader transformations across government and the oil industry.

“Such advocacy sets the stage for the people of Nigeria to benefit fully and equitably from the country’s resources at a time when they most need it.

“Nigeria now has the highest number of people lacking electricity access in the world, at a total of 85 million Nigerian citizens. Greater transparency and accountability should contribute to an overall reform process that helps Nigerians gain crucial access to electricity and accelerates the government’s economic recovery and growth plan,” the global bodies said.