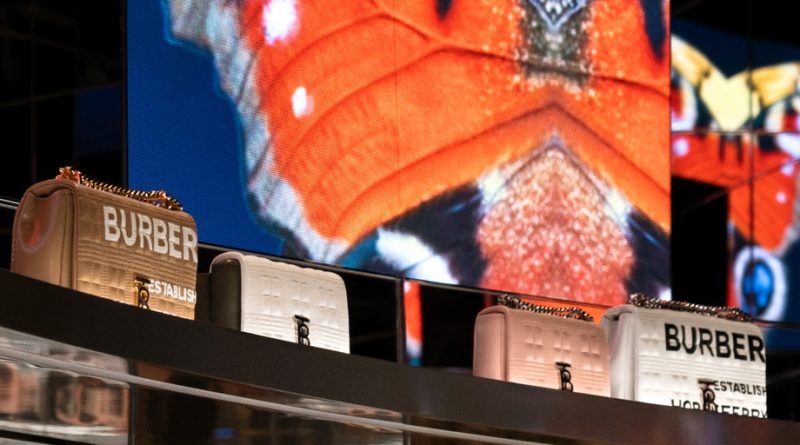 PARIS, France — With revenues across the fashion sector reeling after months of coronavirus lockdowns, and many of the world’s consumers hesitant to go shopping, it’s an imperfect time to open a new store. In the sprawling technology hub of Shenzhen, however, Burberry is going ahead with the launch of a new boutique — its 63rd in Mainland China — which the company calls the luxury industry’s first “social retail” store.

The store, which opens Friday, has been developed in concert with a smartphone widget on the popular mega-app WeChat. The initiative, announced as part of a partnership with Chinese technology giant Tencent, aims to integrate gaming, social media, e-commerce and white-glove client services that can be accessed both at home and in the store.

“The aim was to have a merging of the social, digital and physical experiences,” Chief Executive Marco Gobbetti told BoF. “We’re pushing toward real omnichannel.”

In Europe or the US, the number of consumers who can afford a $2,200 Burberry trench coat and are also interested in spending time on such a widget — growing a brand-themed avatar to post on social media or racking up points that can “unlock” special menu items from the store’s café — may not be huge. In China, however, the extensive adoption of e-commerce tools has led to an explosion of clienteling via WeChat “mini-programs.”

Gucci, Bulgari and Louis Vuitton are all present in the dense web of apps-within-an-app that are constantly proposing new activities to WeChat’s one billion-plus users. Luxury companies have also been introducing more elements from video game and arcade culture in their Chinese stores, with heritage brands as ostensibly traditional as Dior or Lancôme testing claw machines and “lucky gift” dispensers in stores. The initiatives reward customers for posting content online, lure them to stores and could have the added benefit of putting shoppers in a gambling-like mental haze.

Burberry is mixing those gaming and social media shopping elements with more practical offerings, like the ability to book fitting rooms and reserve products in advance — services that have surged in popularity during the coronavirus pandemic. “Covid has made what we are trying to build even more relevant,” said Gobbetti.

Keeping its digital edge in China is paramount for Burberry. As the fashion industry muddles through its deepest downturn since World War II, Mainland China has emerged as a bright spot for luxury brands: the country’s big spenders have, until recently, done most of their spending on foreign shopping trips. But with long-distance travel severely curtailed due to coronavirus, luxury stores are now seeing unprecedented demand in the local market.

Burberry’s comparable retail sales fell 45 percent during the spring quarter but surging domestic demand driven by travel restrictions and the lifting of lockdowns pushed the brand’s Mainland China sales up by as much as 30 percent in June. (Overall sales to Chinese customers were down by a “mid-teens” percentage in the month.) And while store traffic has made a comeback, online sales are also playing a pivotal role in the surge.

“China and digital are the only two bright spots in the luxury market, therefore initiatives that try to leverage synergies between them are a great opportunity,” said London-based luxury consultant Mario Ortelli.

“Millennials are what will drive the Asian market in the medium-term for sure — but all brands want a slice of that pie,” countered Jefferies analyst Flavio Cereda. “The Burberry store sounds novel, but it’s one store, and they have many other issues to deal with.”

For Burberry, the pandemic’s bruising impact on sales is being compounded by pressure to finally deliver results against an ambitious plan to reposition the brand further upmarket as a true player in the luxury sector. It’s true there is a gap in the market: there is currently no British answer to European powerhouses like Gucci and Louis Vuitton. But moving the business from selling $200 polo shirts at Macy’s to $2,000 handbags on the Rue du Faubourg Saint-Honoré is a herculean task, and one with few precedents for success.

Three years since Gobbetti took the reins as CEO, and two years since he hired star designer Riccardo Tisci away from LVMH’s Givenchy, the pair have managed to push the brand back into the fashion spotlight but have yet to reinvigorate top-line growth.

The company got ahead of the steep decline in wholesale by phasing out cheaper sub-brands and drastically reducing its exposure to US department stores — and amid the current wave of bankruptcies in that space, it’s clear they’ve deftly dodged a bullet. 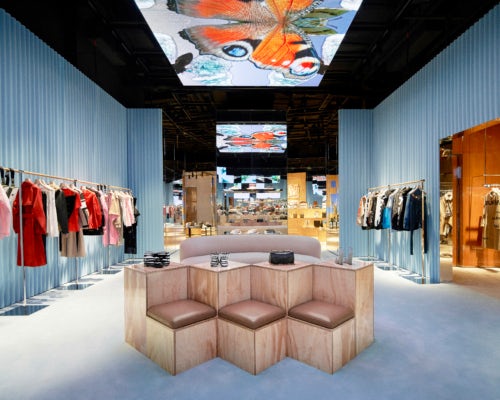 Gobbetti says that the business was hitting an inflexion point earlier this year, with consumers starting to embrace Tisci’s revamped aesthetic more broadly. Sales were up 11 percent for most of January, but the spread of the coronavirus quickly moved their turnaround target of “accelerate and grow” out of reach for this year.

Tisci’s mix of preppy and punk styling with boldface branding you can read from a mile away is eminently Instagram-friendly and won a strong response from a certain segment of smartphone-wielding fashion shoppers. But even before the pandemic hit, the new Burberry still had yet to prove that its appeal was broad enough to carry a business much bigger than Givenchy, where Tisci and Gobbetti previously worked together.

Gobbetti says the brand is sticking with Tisci’s new look, pointing to a strong response among Asian clients since coronavirus lockdowns eased, as well as some improvement in the US. “I really wouldn’t qualify it as niche,” Gobbetti said. Millennial and Gen-Z customers will soon account for 60 percent of luxury sales in the key Asian market and Riccardo’s products have won a strong response from this cohort, he argued.

“This is a customer that is extremely fashion conscious and extremely liberated in the way they dress,” Gobbetti said. “They don’t have to observe any of the codes that we have in Europe as a heritage of custom and religion. They really look at fashion as a way of expressing personality freely.”

Thus, the push in Shenzhen, where the population is over 12 million and the average age is under 30. As a technology hub which houses the headquarters of software, data, digital entertainment and payments giant Tencent as well as the cell phone-maker Huawei, Shenzhen has generated significant numbers of newly wealthy individuals, and young ones. 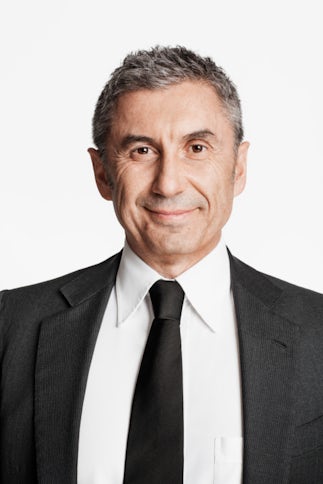 With 62 stores in China already — more than most rivals — Burberry has a leg-up in the market. But its brand heat still lags behind larger players, which are taking market share during the downturn, as shoppers become more selective in their purchases. “The overweight store network in Asia is beneficial for Burberry. However, this is not enough to fill the gap with brands with stronger brand momentum like Dior, Louis Vuitton or Chanel,” said Ortelli.

One issue that could hold Burberry back is slow progress on reining in its habit of steep discounting at the end of the season and through its off-price outlets. Even before the pandemic, extensive markdowns were widely applied to Tisci’s $390 T-shirts, $650 hoodies and $2,050 bags, which could deter full-price sales from taking off and suggests that Burberry may be flying too close to the sun with its attempts to move upmarket.

“Burberry has an established record of aggressive markdowns — this has not changed,” Cereda said, calling it their “number-one issue.”

Gobbetti defended the brand’s prices, saying the streetwear items have been amongst Burberry’s top performers, and that full-price handbag sales grew more than 30 percent in Mainland China in the spring quarter. “It’s perfectly normal for some styles and sizes to go on sale at the end of the season,” he said.

As for the new digital tools, Sucharita Kodali, a retail analyst at Forrester, said: “People are doing a lot of research before they go to a store, and a lot of discovery has moved online.” If the approach is going to work anywhere, it’s certainly in China. But whether the brand will be able to scale such initiatives and roll them out elsewhere remains to be seen.

“When you offer customers to get a dressing room ready for them, it’s hard to make that profitable,” Kodali said. “These kinds of initiatives are experiments. They won’t have established credibility as stores of the future until they generate money in some form.”

Burberry’s Sales Rebounded in June. Why Did Shares Plunge?

Inside Farfetch’s Store of the Future