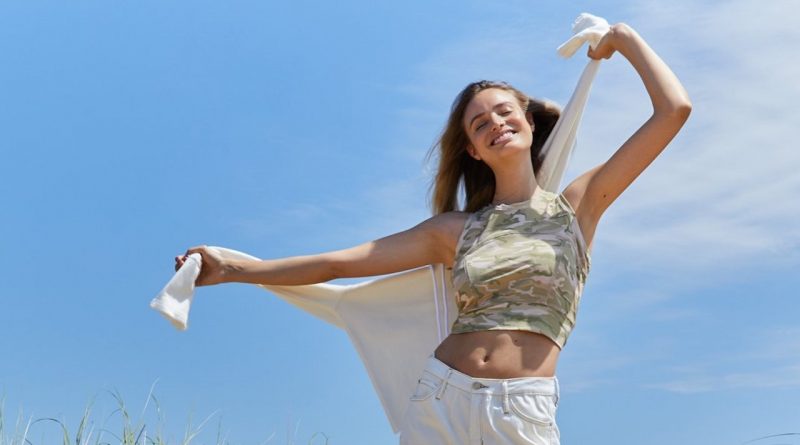 On quarterly earnings calls over the last two weeks, executives from Macy’s, Nordstrom and Guess Inc. assured stockholders that they’re in a “clean inventory position.” They cited fewer promotions, better margins and inventory that’s more aligned with consumer demand, compared to prior quarters.

The claims did their part to address fashion’s widely reported inventory problem, but they were a bit too confident. The same goes for the notion that the industry reset around inventory is a sure thing; there are already signs that the streamlining of product assortments may be temporary.

“It’s kind of an absurd thing to say,” said Michele Romanow, co-founder and president of Clearbanc, regarding the “clean inventory position” statements. Clearbanc has invested more than $1 billion in digitally native brands including Untuckit and Public Goods. “I’m not sure I’d ever be that confident, because I’m not sure we know what the consumer will want, because we don’t know what’s going to happen in our world.”

On the same note, the customer may opt to go back to consuming as before. “Brands will respond to what the consumer wants; it’s completely up to the consumer,” said Romanow. “Before [the pandemic], trends were changing so fast — we were at the extreme end of disposability. The [lockdown] has made people realize how few things we need, but we don’t know what’s next.”

The CFDA and British Fashion Council are attempting to lead the charge toward fewer, better products, in the name of facilitating creativity and sustainability in the industry. In May, they shared their recommendations for brands during this reset period: “Sustainability is an important conversation in every industry. Through the creation of less product, with higher levels of creativity and quality, products will be valued and their shelf life will increase.”

For now, many brands are beholden to retailers. And it seems brands’ take on the necessary shift is not about less inventory altogether, but rather less of a focus on styles that are untimely and not selling.

Last week, dress designer Ronny Kobo said during an interview for the Glossy Podcast that she’s in the middle of fundraising, and investors have wanted to see fewer expenses, which she’s taken to mean “more focused, smaller lines.”

But in mid-October, she’s rolling out an all-new line of sweats.

“Since March, for me, it’s been a fork in the road,” said Kobo. “Do I downsize what we’re doing and [simply] weather the storm? Do I make the smallest lines? Do I deliver half the amount of deliveries? Or, do I seize the market and go on a journey to find the opportunities in this moment? So I’ve taken that journey.”

“We’ve always had a few casual pieces, but we went all out this time,” she said. “We made a big [casualwear] collection and are making sure it’s in every delivery in a big way. “

Though Miller said the company cut back production for fall by 20-30%, she said she’s “not going to turn away business” if a wholesale partner places a large order — despite that “they return products that don’t sell.” Overall, the ability to solve the inventory problem seems largely dependent on whether wholesale retailers will continue to play a large role in fashion retail.

“Right now, everybody’s tightening inventory, because nobody’s getting the big orders they’re used to,” said Miller. What’s more notable than the production cutbacks, she said, is the move to more “wear now” styles — she, for one, is transitioning the brand’s pre-fall collection to “late summer,” to avoid selling outerwear in July.

Vincent Djen, owner of Cheng Kung Garments, a Shanghai-based manufacturer, said the fashion brands he works with — both foreign and domestic — are largely producing smaller collections for fall and spring 2021, compared to prior seasons; working with fewer wholesale accounts and eliminating resort and holiday collections. The Chinese manufacturers that are suffering most are those that work with wholesale-focused brands, and he expects several will close in the coming Chinese New Year.

“The inventory will ramp up again next year as countries recover,” said Djen, who noted that mall traffic in China is back to pre-pandemic levels. “Brands seem unable to find any good solution to reducing their inventory issue going forward, as the supply chain is long and there’s not a lot of technology that can help.”

Brands that own their own factories can be quicker to respond to consumer behavior — but even they haven’t cracked the excess inventory issue.

In a Financial Times interview last month, Michael Burke, CEO of Louis Vuitton, said the company has the same inventory as last year, thanks to its sharp focus on producing what will sell. Even so, to retain brand value, he said some unsold spring merchandise will be destroyed — a practice that will be illegal in France come 2023.

“The fashion industry [is] trying to grow too fast. When you grow too fast, you will inevitably produce too much,” he said. “We will not solve the [sustainability] problem in the fashion business if we don’t commit to slower growth.”

But most brands don’t have the luxury of consistently selling out of styles as a strategy. In fact, up until now, many had made a practice of casting a wide distribution net, as a means of meeting all kinds of customers.

For now, Romanow is advising brands to focus on their own channels, where they can better address current consumer sentiment: “Consumers are focused on: How do we buy fewer, higher-quality things that will last for a long time? That can be communicated on the internet way better than in a [department store]. Stores are in the business of selling as many things to you as possible.”