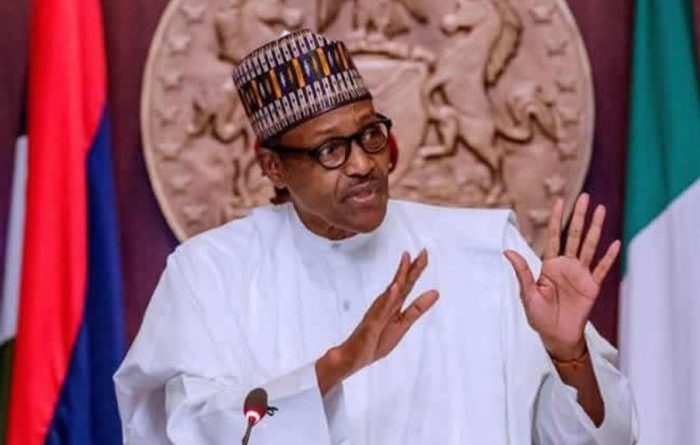 Local News
May 31, 2020May 31, 2020 Mary 0 Comments
LinkedInFacebookTweetPin
LiveChat will greatly increase the number of your satisfied customers. I've already tried it and I can recommend it as a go-to customer service tool! Sign up today for a free trial!

It is almost five months after the House of Representatives passed a rare motion demanding the termination of the services chiefs as various parts of the country, especially the north, was facing an unprecedented scale of deadly attacks by Boko Haram, bandits, and kidnappers.

At the Senate, several lawmakers backed the call and urged Mr Buhari to take decisive actions to stem rampant killings of innocent and defenseless Nigerians.

In the On July 13, 2015, the President, Major General Muhammadu Buhari (retd.), in a sweeping shakeup of the nation’s security sector, approved the appointment of new service chiefs and a National Security Adviser. The appointments were made less than two months after his inauguration, having formally taken over the mantle from ex- President Goodluck Jonathan on May 29, 2015.

PRNigeria reports that a week after that, the leaders of the two chambers, Ahmad Lawan, and Femi Gbajabiamila, met with the president to communicate their resolutions.

While the House urged the President to sack the service chiefs and appoint new ones, the Senate sought the imposing of a state of emergency on insecurity.

Gbajabiamila said there was the concern of a “knee-jerk” decision regarding the service chiefs, and also whether the prevalent security problems fall under their job description.

According to a media report in February, though Buhari at the meeting saw reasons in the position of the House he was not obliged to act immediately as requested by the lawmakers.

A top National Assembly official was reported to have said that the President did not want to appear like he was taking directives from the legislature.

It was learnt that the legislators argued that given the current cordial relationship between the President and the legislature, Buhari should act on the resolutions, just as he expected the lawmakers to act on his requests.

“But the President felt he would decide by himself if he needed to (sack the service chiefs), not because the National Assembly said so. He is not taking directives from them.”

However, the President was said to be “truly embarrassed” by the security situation and admitted so to Lawan and Gbajabiamila at the meeting.

The official, who chairs a key legislative committee, added, “From the conclusions reached,  he will eventually sack the service chiefs.

“He is buying time. What is not certain is when he will do it. He will allow some time to pass. If you know the President, he will not act now simply because the legislature wants him to sack the service chiefs.” Speaking with State House Correspondents after the their meeting, both Lawan and Gbajabiamila admitted that the case of the service chiefs was a key issue mentioned among the general discussions on insecurity.

Apart from the growing attacks by Boko Haram insurgents, which Nigerians are blaming on the delayed restructuring of the security architecture, others believe that the continued stay in office of the Service Chiefs poses another serious threat to the health of the country’s military.

Security experts and analysts have on several occasions lend a voice to the call on the military chiefs to quit.

In an open letter to the President, the founder of PRNigeria, an online news platform, Yushau A. Shuaib, said the retention of the Service Chiefs would jeopardise the careers progression of other senior officers. This, according to him, has induced premature retirements of senior officers without being allowed to reach the peak of their careers.

In the letter which was published in late January, Shuaib pointed out that the Service Chiefs have exceeded their Run-Out-Dates (ROD), which is the mandatory 35 years of military service, and the additional discretionary extension, which he said, is generally time-bound.

Shuaib’s letter reads: “As you may be aware, Mr. President, apart from attaining the ROD, the tenures of the Defence and Service Chiefs have since expired, going by the revised Armed Forces of Nigeria Harmonised Terms and Conditions of Service (HTACOS) for officers.

“The service chiefs were first appointed in July 2015 and their tenures were extended for an additional two years in 2017, which finally expired in 2019. It has always been the standard practice, since the return of democratic governance to Nigeria in 1999, for Service Chiefs to be in office for a maximum term of two years, except on a few occasions of discretionary extension by Mr. President, after which replacements are made.

“As in the practice in the past, the exit of a service chief automatically impels the departure of their course mates from the service, such that officers who are next in seniority, such as the Chiefs of various corps and departments at the service headquarters; general officers commanding; commandants; brigade commanders; and directors then experience an upward movements in their careers.

“As it is now, at least five sets, and generations of regular course (RC) members, including those in the 27th, 28th, 29th, 30th, 31st, 32nd and 33rd Courses, with the exception of Lt. General Adeosun, have left the service without any of them attaining the highest military positions in their various services. There is the likelihood that those of the 33rd and 34th Courses may also not have the privilege of producing a service chief among them if this trend continues. With limited vacancy, only a few officers can be promoted, while several other brilliant officers would be forced to go on retirement.”

He argued further that “With adequate resources provided to the military chiefs for procurements, recruitments and the training of personnel, they have performed to the best of their abilities; yet recent developments call for more strategic thinking, fresh ideas and a change in the administration and style of managing generations of military talents.”

But, at a time the Chief of Army Staff (COAS), Lt. Gen. Tukur Yusuf Buratai; the Chief of Air Staff (CAS), Air Marshal Saddique Abubakar; and Chief of Naval Staff (CNS), Vice Admiral Ibok-Ete Ibas, are all leading their officers and men to engage and decimate the population of bandits, terrorists and pirates, among criminals holding the country to ransom; will Mr. President, give them the boot, as is being speculated in some quarters, especially on a day that was hitherto celebrated as our ‘Democracy Day’ May 29?