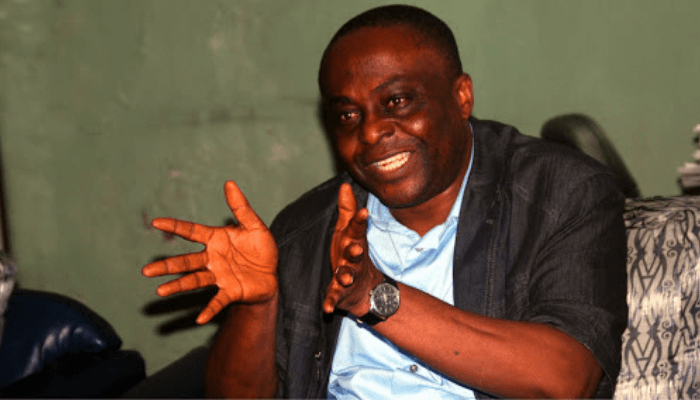 The decision of the present administration in Rivers State to carry out aggressive rural projects execution such as the N14bn Unity Road expected to create a road for the first time to Opobo and Andoni, the Kalabari Ring Road, the Sapkenwa-Bori dualised highway, etc, is said to be aimed at spiking the grassroots economic development of the oil-rich state.

The Rivers State Commissioner of Information and Communications, Pastor Paulinus Nsirim, who disclosed this in Port Harcourt said the Rivers Cassava Plant complex which may become the biggest cassava processing project in Nigeria is also to galvanise the food chain and help boost export.

The information boss said that Rivers State has thus become a major player in national politics because of the vision and ingenuity of His Excellency, Governor Nyesom Wike, towards the rapid infrastructural development of the State.

The Information and Communications Commissioner emphasised that State has recorded giant strides under the leadership of Gov Wike and charged the media in the State to shift its focus from the urban to the numerous rural developmental projects executed by the Governor Nyesom Ezenwo Wike”s administration.

The Commissioner who disclosed this at a luncheon he organised for media executives and journalists in the state emphasized that in spite of the COVID-19 pandemic and the global economic recession, Gov Wike has been on the driver’s seat pursuing his developmental agenda. “That is the kind of Governor we have in the State,” he said.

He said contrary to the impression being created, Gov Wike has evenly spread developmental projects across all the local government areas of the state.

He encouraged the media to find time to go across the length and breathe of the State to ascertain the achievements of Governor Wike. “I don’t know how many journalists know about the Sakpenwa-Bori Road, the Abonnema Ring Road, Abalama Reclamation Project and the Cassava Processing Plant Complex, at least.

“I don’t know how many journalists have been to Ahoada East, Ahoada West, Ogba/Egbema/Ndoni local government areas, the stretch of Andoni-Opobo Unity Road to see the amount of money that is being sunk there by this administration. Opobo people drove home in there vehicles for the first time in the history of the kingdom under Governor Nyesom Ezenwo Wike. And that is because there is a Governor who is committed to ensuring that development is spread throughout the length and breathe of the State.”

On how the Governor has been able to achieve results, Pastor Nsirim said, “His Excellency has put God first and he has a passion to develop Rivers State. He is selflessly committed to making Rivers State investors’ destination of choice and of course, he is a prudent manager of resources.”

He said critics of the Governor Wike’s administration resort to accusing him of concentrating development in Port Harcourt and Obio/Akpor, adding that the government under Governor Nyesom Wike has spread developmental projects to all the local government areas of the State.

He urged the media to guard against the practice of armchair journalism adding that the state government is open to any constructive criticism that would contribute to the developmental efforts of the administration. “I have said to journalists that it is only a bad leader that will not want constructive criticism, but we shouldn’t promote armchair criticism. The media must not allow itself to be a dumping site for armchair criticism, but you see, that is what we find most of the time. A lot of people are just there for ‘pull him down’ syndrome. They don’t see anything good. It shouldn’t be so.”

He challenged the media practitioners to always uphold the tenets of objectivity and fairness in the discharge of their statutory responsibilities to society. “It is important that now that we have so many people straying into the profession, the legacy we leave behind determines the sustenance of the tenets of the profession. You can not afford to leave behind a situation where professionalism is thrown to the dogs,” he said.

Pastor Nsirim commended the media in the State for the cooperation given to Governor Wike’s administration in the execution of it’s New Rivers Vision agenda. He appealed to journalists in the State to continue to partner with Governor Wike who is determined to bequeath a worthy legacy for posterity. “When the history will be written, you will be proud to be part of the success story,” he told the media practitioners.

He conveyed the felicitation of the State Governor, Chief Nyesom Ezenwo Wike to the media practitioners and urged more cooperation with his ministry and the government in its determination to develop the State in the remaining years.

In his remark, the acting Chairman of the Federated Correspondents Chapel of the Nigerian Union of Journalists, Rivers State Chapter, Mr Amaechi Okonkwo, lauded Pastor Nsirim for boosting a cordial relationship between Governor Wike’s administration and the media.

He described Pastor Nsirim as an astute administrator and seasoned media professional whose goodwill has secured a friendly relationship with the media, urging that relationship would improve even better.

Others media executives such as the State Chairman of the Nigerian Union of Journalists, Stanley Job Stanley; the Chairman of RIVPA, Ngo Martin-Yellowe; the General Manager, Rivers State Television, Pastor Dafeni Gogo-Abe, all lauded Pastor Nsirim for building a bridge of friendship between the State Government and the media in the State.

The media executives who spoke on behalf of the various segments of the media pledged 100 per cent support of the media to Governor Wike’s administration.