Wouldn’t it be, and feel, nice, and calming, if we felt we could have a greater degree of FAITH in our public officials, especially, in times of troubling times, both, at home, and abroad? Studies and polls indicate, Americans feel less, of this, today, than ever, in recent memory, which probably, surprises, few of us! This perception has, probably, been decades (or more), in coming, yet, perhaps, because of the divisive, polarizing nature of President Donald Trump, appears to be, even more widespread! In the past, Presidents, Governors, Mayors, County and Town Supervisors, and others, often spoke, in order to try to comfort our citizens, during trying times. History reminds us of the Fireside Chats, Mayor LaGuardia reading the funnies, and other comforting addresses, aimed at reducing tension, stress, and hoping to avoid, public panic. With that in mind, this article will attempt to, briefly, consider, examine, review, and discuss, using the mnemonic approach, what this means and represents, and why it matters.

1. Face facts; future; fears; furnish; fruition; faithful: Despite, what seems to be, the perception of many politicians, most people want their public officials, to be ready, willing, and able to face the facts, and focus on bringing about the finest future! They should be stoking our fears, but, rather must be faithful to the best interests of the nation, and its citizens! Wouldn’t we be, better served, if they furnished a strategy, and path of action, to bring quality solutions, to fruition? If officials aren’t faithful to their purpose, then, they aren’t serving and representing our best interests!

2. Attitude; aptitude; attention; articulate; action: Instead of negativity, we need representation by people with a true, positive, can – do, attitudes! If this aligned with developing a relevant, well – considered, aptitude, and skill – set, and they were willing to pay keen attention, to the nation’s necessities, we would witness, far better developed, strategies, and meaningful action plans! A true leader must, consistently, articulate a compelling message, which, is honest, factual, and relevant, while also, positive, inspiring and motivating!

3. Integrity; ideas; impacts; ideology: If the ideology and philosophy, which formed the basis for our Constitution, doesn’t align with an official’s ideas, the impacts, will generally be a negative one! When was the last time, you could say, you had faith in the integrity of your representative?

4. Time – tested; timely: It’s hard to have faith in anyone, who seems to ignore time – tested, realities, and proceed, without procrastinating, in a well – considered, time – tested manner!

5. Healing; head/ heart: We need and deserve healing, instead of polarizing, divisive leaders! This will only be achieved, when someone uses the finest components of his logical and emotional parts, in a head/ heart balance!

Wake up, America, and demand, your elected officials, earn and deserve our FAITH, and trust! Will you commit to being a more responsible citizens, and voters? 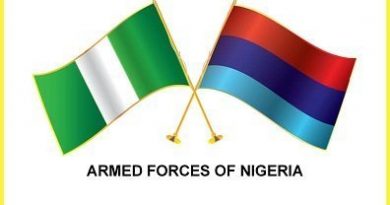