Bonnie Clyde had just sent free pairs of beach-ready sunglasses to a who’s who of celebrities and influencers when the pandemic cancelled everyone’s vacation plans.

Suddenly, a campaign meant to cement Bonnie Clyde as the nexus between internet culture and LA cool in the minds of consumers didn’t seem like such a good idea. The brand cut its social media ad spending to close to zero in March, joining countless other fashion companies that saw the marketing budget as an easy way to cut costs.

That turned out to be a mistake, said Jon Yuan, Bonnie Clyde’s founder. Halting Instagram ads was like cutting off the brand’s oxygen supply. Sales dropped to next to nothing.

By late April, Bonnie Clyde had ramped up its marketing again, now with paid social ads rather than a gifting campaign. It focused on its bestselling models, including rectangular “show and tell” acetate frames, inscribed with phrases like “Don’t look at me” and “I’m dancing” on the temples. Sales are on track to double this year, Yuan said, but he regrets missing out on an opportunity to speak to consumers stuck at home in the early days of the pandemic.

Plenty of companies learned the same hard lesson as Bonnie Clyde this year. A slump in social media advertising this spring, seen by some as the start of a long-term shift away from Instagram ads and influencer campaigns, was over by mid-summer. Facebook reported a 22 percent increase in advertising across its platforms in the third quarter, to $21 billion. Snapchat’s overall revenue rose by more than half. 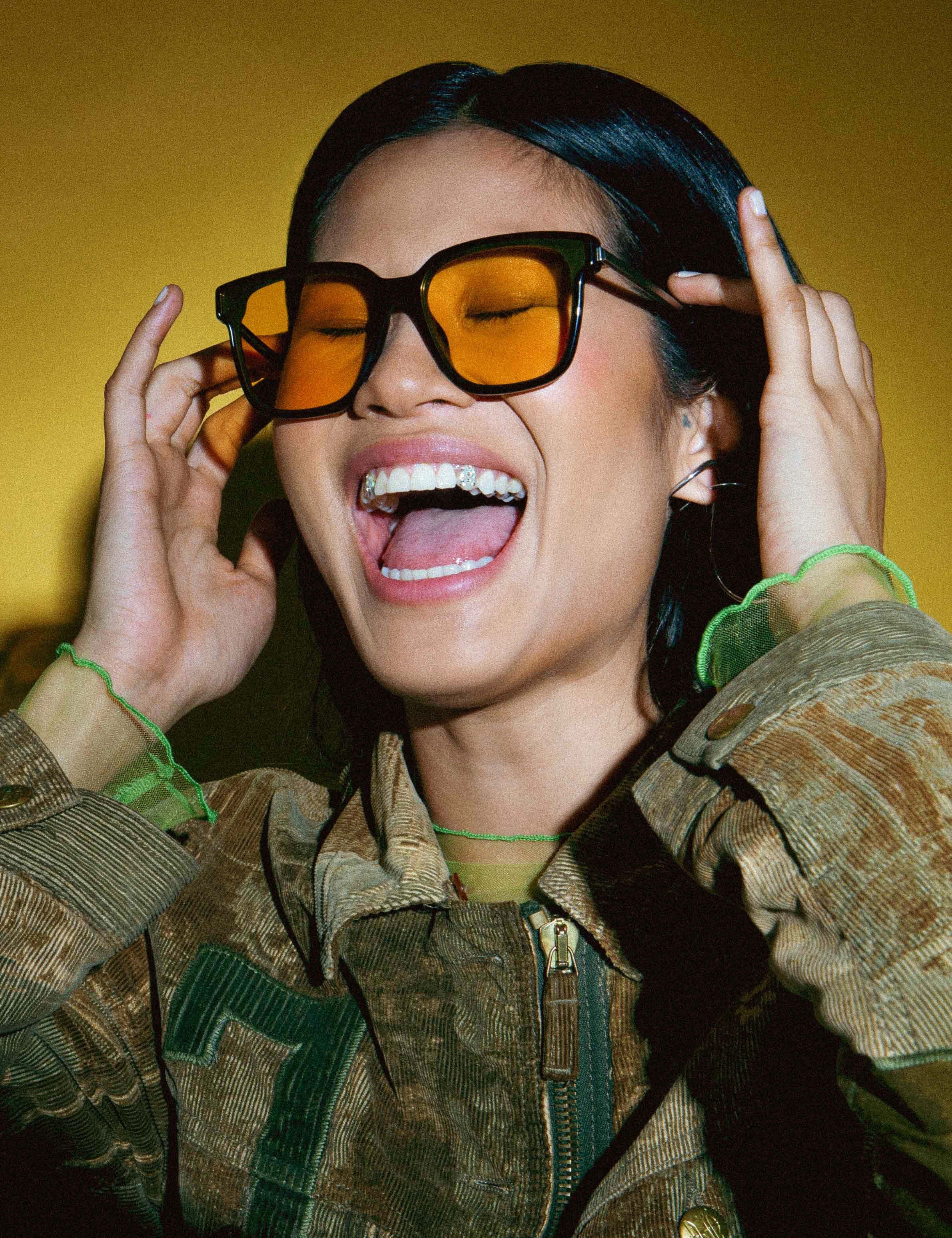 Los Angeles-based sunglasses brand Bonnie Clyde reinstated most of its social media ad buyers before the summer, reaching for a life jacket in an otherwise challenging retail environment. Bonnie Clyde.

Ad rates have also come roaring back. In early November, cost per one thousand clicks across social media fluctuated between 20 percent and 60 percent higher year-over-year, according to Within, a marketing company.

That’s created a quandary for brands, many of which were already struggling to pay for rising online advertising costs even before the pandemic: with sales down and the economic outlook bleak, they can’t afford to spend big on social marketing like they used to. But they now know they can’t afford to stay off social media, either.

Brands stuck on the customer acquisition hamster wheel have to get creative about cutting expenses. The trick is to keep spending on the ad buys while reducing the cost of producing those ads. Once a brand reaches critical mass, or its customers are loyal enough that reaching new ones is less urgent, it may not need to spend so much, proportionately, on social media ads. But for most brands, that day is still far off.

“When it comes to investing in paid campaigns, it’s not whether people should do it or not, there’s no option, you have to,” said Revecka Jallad, president and co-founder of the digital marketing agency Divisa. “What I like to compare it to is like an aeroplane trying to take off: If you don’t get to a minimum [speed], you can’t cruise and you just crash.”

Paid social media ads — those promoted posts that appear in a user’s feed, in Stories or on an explore page — help drive customers to a brand’s website, and hopefully, to make a purchase. But the cost to get from point A (the social media platform) to point B (the brand’s checkout page) is a pain point for small brands, which may find themselves spending more to attract customers than they make off the eventual sale.

For brands without a long-term strategy to break out of that cycle, the problem often snowballs: They pour every dollar they make back into ads to “buy” more customers. Meanwhile, the cost of the ads on social media platforms, set via auction-based pricing, gets higher and higher.

[Brands] think they’re spending a lot but actually, they’re not even spending enough to move the needle.

The auction system favours large orders, meaning brands have to spend big for their marketing to gain traction.

It’s what companies do next that determines whether brands break free of the cycle. Some see one-to-one returns on their marketing, meaning money spent on ads leads directly to roughly the same amount of sales. But if those new customers fall in love with a product and become repeat purchasers, those ads will have more than paid for themselves in the long run.

The brand stuck with its marketing plan, including plenty of Instagram ads, plus spending on Snapchat, Google Search and Sirius XM radio. Fair Harbor handles social ads in-house to keep costs down while using its digital marketing agency only for targeted buys, said Caroline Danehy, co-founder and chief creative officer.

The brand found that its best-performing paid social ads highlight the benefits of the product itself: mesh lining beneath the brand’s signature swim trunks that help wearers avoid chafing. The “thumb-stopping” ads, as Danehy calls them, came about after she tested different formats, all against what drove the highest click-through rates.

“We saw … what was working and then just put the pedal down on the gas and started just really investing deep in those online channels,” said her brother Jake Danehy, the company’s chief executive.

What Does a Winning Post-Covid Marketing Plan Look Like?

How to Work With TikTok Talent