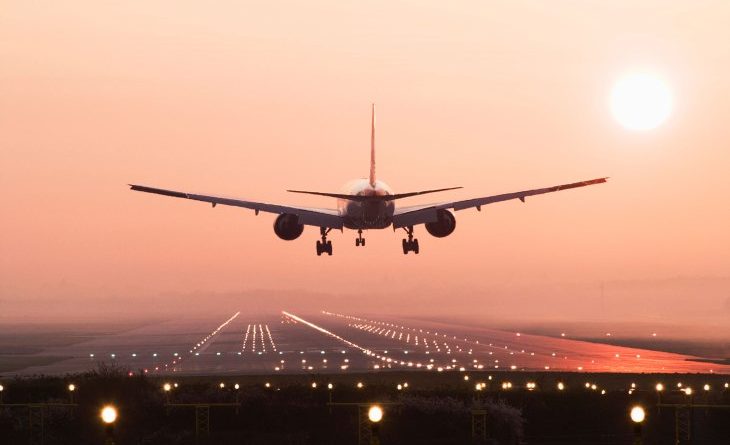 Local News
June 6, 2020June 8, 2020 Mary 0 Comments
LinkedInFacebookTweetPin
LiveChat will greatly increase the number of your satisfied customers. I've already tried it and I can recommend it as a go-to customer service tool! Sign up today for a free trial!

Nigeria’s plan to kick off a national carrier project this year may no longer be feasible, according to experts in the aviation sector who have asked the government to rather channel the resources to strengthening existing carriers.

The experts argue that setting up a national carrier at a time the country is battling with COVID-19 may be misplaced priority. This is as the impact of COVID-19 on various sectors of the economy has resulted in paucity of funds.

In July 2018, theFederal Government unveiled Nigeria Air as its new national carrier at Farnborough. The carrier which was slated to commence operations in December 2018 was postponed to 2020.

Hadi Sirika, minister of aviation, stressed that the carrier would be private sector led.

However, history has shown this is not the first time governmenthas floated a private sector–led airline.Various attempts by past governments to set up national carriers failed over power play, government intervention, lack of management,unhealthy competition, amongst others.

Proposed national carriers and the ones that have gone into extinction include Nigerian Airways, Air Nigeria, New Co, Nigerian Global, Nigerian Eagle,Virgin Nigeria, and Nigeria One.

Given this scenario, the experts have suggested that Federal Government channel its resources to strengthening existing carriers rather than setting up something new.

Olumide Ohunayo, an aviation analyst, saidsince the government says the project will be privately driven, it means that the government may not be putting any money into it and that private investors will be got to set up the new carrier.

He, however, argued that with the pandemic and its impact on air transport and all projections showing that air traffic may not pick up till 2022, it would be difficult to get investors during this period.

“Rather than focus on starting something new at this period, it is better to look at how to manage and strengthen the existing carriers and support them,” Ohunayo said.

“When I say support them, some palliatives and concessions must be given for the losses incurred. I think this is more important than starting a new carrier during this pandemic, which may bring more complications to the new one and those existing,” he said.

He wondered where the government would get the funds at this time, assuming it insists on going ahead with setting up a new carrier.

“Whatever revenues are available in the treasury, it is better to use it to stabilise existing carriers and other allied aviation services. I think a national carrier should be suspended till 2023,” Ohunayo said.

“What should be more important is for those existing to be stabilised and we should ensure these airlines represent us as flag carriers for now, pending when we will be able to galvanise enough resources to start a new carrier if it is needed,” he said.

John Ojikutu, aviation security consultant and secretary general of the Aviation Safety Round Table Initiative (ASRTI),told BusinessDay that apart from carriers in the Arab nations, most foreign airlines are national carriers but private sector-driven with their government not having controlling contributions in the shareholdings, but just the support to give the airlines a national outlook and a flag carrier.

Ojikutu said a government airline like the Nigerian Airways does not prosper andcould be seen as a part of the Presidential Fleet where government officials hardly pay fares.

“Resources for a private–driven national carrier would come from private financial and technical investors and Nigerians. Government investors from what the present minister has often said, would not be more than5 percent,” Ojikutu said.

“What we need to find out is, are there no interested Nigerians in the project or does the government find it difficult to get its 5percent shares? What are the challenges of the private financial and technical investors and the government?” he asked.

Ojikutu recommended that the 36 states and FCT should collectively have 5 percent, making government’s collective shares 10 percent. He said Nigeria needstechnical investors with 40 percent from countries that their airlines are not in competition on the Nigerian international routes – airlines from countries like Canada, Australia, amongst others.

A typical example of afailed attempt to set up national carrier in the country was Virgin Nigeria, a Nigerian flag carrier airline established in 2004 and commenced operations in 2005.

In a research conducted by Eric Akpo on the ‘Birth, Rise and Fall of Virgin Nigeria’, he observed that Virgin Nigeria purportedly faced a lot of external challenges and internal squabbles in the build-up to Virgin’s withdrawal from the partnership.

Some of the external factors he mentioned include the case opposing its operations in the USA made against its request for a permit by other major operators in the aviation sector in the USA based on the others’ claims “of an alleged failure on the part of the Nigerian Government to approve a code-share arrangement between American Airlines and British Airways. American claims that this alleged denial violates the US-Nigeria Open Skies Agreement”.

He noted that other external factors were poor infrastructure in Nigeria, conflicts with government aviation authorities as regards use of facilities, and poor profit turnout.