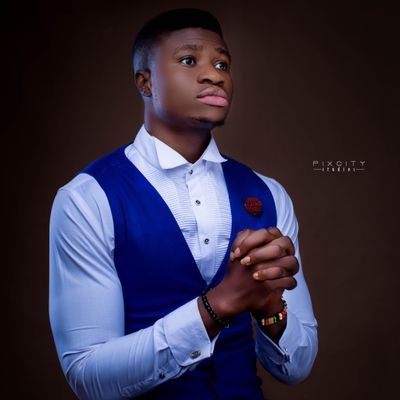 Aloma Isaac, the Nigerian Instagram comedian who is popularly known as Zicsaloma, is an online comedian.

Well known for his female characters and funny facial expressions, he has a following of 223,000 followers on Instagram. He talks to TOLUWALOPE KAREEM about his life as a social media celebrity

How did your journey into comedy start?

It started in 2017 after my exit from The Voice Nigeria (singing reality competition). It was something I did not plan to do. I did not even know I had the ability to make people laugh. I just saw one of my mum’s church hats and decided to try it on. As soon as I wore it, I got into character and started recording. I decided to share the video on Facebook and it got people laughing and asking for more. Since then, I have not stopped.

What are the challenges you have faced?

One of the major challenges I have faced is getting recognition. There was a small audience that enjoyed and anticipated my skits but I needed to reach out to a larger audience. I did not have enough money to pay blogs to post my videos and get more awareness. So, I would say growing my fan base was a major challenge.

Have you ever been a victim of online bullying?

Yes, I have but it was not really serious. I understood how the Internet worked before putting myself out there so I did not let people’s words or threats disturb me.

How were you able to grow your followership to over 200,000?

I have been able to build my followers through persistence and strategy. There was a period I was stuck with about 20,000 followers for more than a year. I started researching and strategising on how to grow my followers online. Today, I have close to a million followers on social media platforms such as Instagram, Facebook and Tiktok.

Which of your videos brought you fame?

I actually cannot point to a particular video that brought me fame. I became active on Tiktok during the COVID-19 lockdown. All of a sudden, I started having many trending videos at the same time on Tiktok. Many blogs on Facebook and Instagram also shared my videos simultaneously. However, some of my early most successful videos were the ones where I showed how African parents prepared their kids for school, types of Immigration officers, types of nurses, and the different types of women in church.

How would you describe your childhood?

My childhood was that of an average Nigerian child. I was born in a military barracks in Kaduna State. I come from an average family, where we could comfortably meet our basic needs such as food and shelter. My dad is a retired soldier and my mum worked as a secretary. They never failed to buy Christmas clothes and meet my essential needs.

What efforts do you put into performing your skits?

Making a skit where one plays different characters is not easy. Firstly, I have to brainstorm and write scripts for my videos. There are times I would have to do the shoot myself and also edit the videos. This is in addition to playing multiple roles, which is very taxing because one would have to change costumes. There are times one would forget some parts of a character’s dialogue and only realise the error while editing the video. One would be left with no choice but to get dressed again to reenact the scene and include the lines one forgot. Getting one’s costumes and locations for some particular skits could also be very taxing. For instance, one could need a shop to shoot a skit. One would meet different shop owners. Some could decline, some could ask you to pay, and some would gladly allow you.

Have any of your skits got you into trouble?

No, none of my skits has put me in trouble.

Beyond being a comedian on social media, what other activities are you involved in?

I am a singer. I was well into music before I knew I was even a comedian. I am also a writer. I write prose, drama and poetry.

How lucrative has social media been for you?

Yes, I have. I started off not knowing people could make money from social media. I took my comedy career more seriously because I felt fulfilled seeing people genuinely laugh at my materials. As I grew bigger on social media, I started getting some really good offers that paid fairly well and really took my time. I had to quit my regular job to face comedy squarely. I have never regretted quitting my regular. Brand influencing is indeed lucrative.

What kind of doors has your presence on social media opened for you?

I have met several people I never imagined I would meet within a short time. I have worked with some top celebrities I watched while growing up. Social media presence has attracted favours from strangers. I get gifts at regular intervals from people who follow my journey. It has also opened international doors. I can keep going on.

What are some of the funny requests you’ve got from women?

There have been so many of them. I often get requests such as, “Can you come to my house”? “Can I live with you”?

Negative comments seem to be inevitable on social media. How do you handle them?

Do you wish you were as popular in real life as you are on social media?

I do not think so. I actually want to be like every other person out there so I consider being popular in real life as a great limitation. I am the kind of person who wants to sneak into a place and out without being noticed. I can remember entering a pepper soup joint one day and I was recognised by the host for the night. I was the topic of the night and there was nothing he did not say. So, on the contrary, I often wish I am not popular on social media.

Where do you get ideas for your skits?

I get ideas from the things that happen every day. They include things I have experienced, other people’s experiences, spontaneous imaginations and sometimes, ideas from friends and fans.

What inspired the female characters you use in your skits?

What distinguishes you from other online comedians?

That would be my characters. I have several characters and most of them are not portrayed as wealthy, and not many comedians do that. Many people seem to relate to the social class I placed my characters. Rich people in Nigeria are not the majority, and even many people who are now wealthy came from humble backgrounds, so most people can actually relate to those characters.

What is your most embarrassing moment?

While in secondary school, there was a day I sought to take permission from my mathematics teacher to use the rest room. But, she rained insults on me in front of the class. Not because I was not supposed to take permission but because she felt I was not good at mathematics and I was ‘big for nothing’. I cried in the toilet that day endlessly because I hate being insulted in front of people.

What advice do you have for young talents?

I would advise them to work hard. Many people want to be like one but if one gives them targets, they are often too lazy to meet them. Persistence, consistency, self development and humility are the major keys to success. I often ask content creators who ask me how I grew to this point that, ‘If you stumble on your social media page, would you follow yourself’? I would leave the up-and-coming ones with that question as food for thought.

Have you ever been trolled online because of your videos?

I get trolls once in a while but even then, I ignore them. If one pays a lot of attention to trolls, one would always be trying to defend oneself. And, if one does that, that means one is oiling the machinery of trolls.