A teenage Jaynie Parkhouse stunned the swimming world winning gold in the 800m freestyle, cheered on by her home crowd, at the 1974 Christchurch Commonwealth Games. Still involved in swimming today, she tells David Leggat how her doubters spurred her on too.

As the 1974 Commonwealth Games in Christchurch approached, Jaynie Parkhouse was, by her own admission, “swimming terribly”.

The 17-year-old felt she wasn’t improving at all. At the trials before the Games in January that year, she wasn’t selected for the 400m or 800m freestyle. She just scraped into the 100m freestyle “because they needed me for the relay,” she recalls.

“I nearly gave up just before the Games. I’d had a really bad season. But my dad said to me ‘Look Jaynie the Games are in your home town, let’s knuckle down and we can do this. Let’s give it another shot’. Thank god he did.”

Thank god indeed. For without Pic Parkhouse’s words of encouragement, the Games – and New Zealand sport – would have been deprived of one of the country’s most memorable sporting moments.

Jaynie Parkhouse is now Jaynie Hudgell – she married her husband and fellow swimmer Craig Hudgell at just 19, he was 20. Today she’s president of Swimming New Zealand.

She’s always had swimming in her blood – starting swimming in Cambridge around age three, and took to it like the proverbial duck.

In the early 1960s, the family moved to Christchurch where her father –  Vincent Temple Parkhouse, but Pic to everyone –  took over running the Wharenui pool complex.

“He was chief cook and bottlewasher. Back in those days you didn’t just coach,” Hudgell says.

“So he ran the plant, cleaned the filters, cleaned the pool. We would get in and paint the lines in the pool. It had a hands-on small community feel about it.

“Dad had an engineering background and was very practical.”

Hudgell’s mother Betty was Pic’s right-hand woman, ran the books and was a better swimmer than her husband.

Jaynie’s older brother and sister, Paul and Megan, also swam, but there was no question who was the star of the family show and soon the age group titles started piling up for Hudgell.

“The training was intense as I got older,” she says. “There were 12 sessions a week, two-and-a-half hours a session.”

Her dad was a follower of Arthur Lydiard, the athletics coaching guru who guided the great Olympic champions Peter Snell and Murray Halberg and a clutch of other top middle distance runners. And, Hudgell says, he had a mindset like Duncan Laing, the lifelong mentor of double Olympic swimming champion Danyon Loader.

He put her through long training sessions and hard work – and it paid off. “It never seemed a chore. I always loved going to the pool, even at 5am to see my friends,” Hudgell says.

She was the final swimmer picked for the 1972 Munich Olympics. She had just turned 16 – the baby of the team. She now knows she didn’t have the necessary self-belief at the time.

That said, she loved the Munich experience.

“I learned a lot from that, learned to believe it was possible. If I could ever get that feeling across to a young swimmer… you don’t know your potential. A lot of it’s in the mind and if you get that right, you’re halfway there,” Hudgell says.

Having made the 1974 Commonwealth Games swim team, and with her father’s words ringing in her ears, Hudgell got down to work, and sliced a pile of seconds off her best time in the lead-up to the competition.

She was also spurred on by a story in The Press newspaper in Christchurch.

“The article said I was the last pick on the team and pretty much inferred I was [only] in the team because my father was coach,” she recalls.

“It got me so angry, and I felt I had something to prove. I guess I trained harder than I ever had.”

Initially only selected for the 100m freestyle, her times improved so much that after breaking her national 800m record she finished up in the 100, 200, 400 and 800m, her favourite discipline. Her father taught her a sprinters’ kick which certainly helped, and she was fit, courtesy of that training regime.

“I was so ecstatic to do it, for my country and to prove I am worthy of this place – and to feel I hadn’t let people down.”

A then unheard-of six-week training camp at QEII pool topped things off nicely. Then came working on her mind.

“I used to play in my mind the 800m race, over and over. I could almost see exactly how the race played out. It was a really strange thing,” Hudgell says.

“I could see myself fourth coming into the last turn, then sprinting and winning it. Since then, I’ve tried to get that point through to people. You’ve got to just imagine the possibilities.”

Her competition was “three little Aussies” – Rosemary Milgate and Sally Lockyer, both 14, and above all, the 13-year-old whiz, Jenny Turrall, who had just broken the world record.

The 17-year-old remembers looking at these girls and thinking “they’re kids”.

“And I started looking at the positives. I knew they couldn’t be any fitter than me, it was not possible, and I knew they weren’t faster than me over 100m.

“It was my home crowd, all my friends were going to be there.”

It was January 26 and another Wharenui product, Mark Treffers, had won the 400m individual medley earlier in the day. Hudgell’s good friend Susan Hunter won bronze in both the 200m and 400m IM.

Hudgell held the national record in the 800m freestyle at 9m 26s. In the heats, she chomped a pile off that to clock 9m 04s. She was thrilled, now recognising the possibilities.

She suspects the Australian trio didn’t really give her a thought, focusing more on each other.

“Dad and I had a race plan. He said ‘just swim your own race, but don’t lose them’.”

Hudgell always felt she was a chance of a medal when the race began, if not a gold.

Leading up to the last 100m, she felt good. She turned to the sprinters’ kick and burned out a 30.5s final lap.

The race was a real thriller – four swimmers side-by-side up and down in the closing laps, the crowd on its feet, the roars echoing round the arena.

“I was so ecstatic to do it, for my country and to prove I am worthy of this place – and to feel I hadn’t let people down.”

Up in the stands, her mother was sitting with Craig Hudgell, the national backstroke champion but who hadn’t qualified for the Games. They were surrounded by Aussie supporters, who’d been shouting the odds about their impending medal clean sweep.

“Mum was nervous as all heck. Craig had written in the programme a No.1 by my name. The Aussies were all saying [their swimmers would finish] 1-2-3,” Jaynie Hudgell says.

“My mother couldn’t believe it. Craig stood up, turned to the Australian fans and, pointing at Mum, said to them ‘that’s her Mum’.”

Hudgell backed it up with bronze in the 400m freestyle the following night.

It sounds bizarre now, but within a year, not yet 20, Hudgell’s career was over.

She didn’t go to the world championships in 1975 – she suspects in hindsight she had lost some of her drive, and was unwell at the following nationals. “So after that I thought ‘Oh well I might as well hang the togs up’,” she says.

“It was the right thing to do. Even though I was only 18, I’d given a lot of time and effort to my swimming. But I had to finish school and get a job.”

She was happy with her decision and never regretted it.

After several years living in Toronto, the Hudgells have long settled back in Auckland. They have a son, a daughter and now grandchildren to enjoy.

They also have an insurance company, specialising in personal health and risk brokers. And now she’s president of Swimming New Zealand.

Hudgell was approached by Dave Gerrard – a former Commonwealth swimming champion, past president and highly respected administrator – who asked if she would consider the role.

‘‘I’ve never been a boardroom person. But I have an opinion and a fresh outlook on things I see that can work,” Hudgell says.

“I’m really excited and hope I can contribute in a meaningful way. I really think swimming in New Zealand is in a great place.”

The Hudgells still swim three times a week “for pure enjoyment. We’ll swim till we die”.

*Two postscripts, from the ‘Imagine that happening today?’ file:

The day after her triumph, Hudgell had the 400m freestyle final to swim in the evening, but she was also among a clutch of athletes invited to go to lunch with the Queen on the Royal Britannia yacht.

“I sat by Prince Philip, had a lovely lunch and the Queen said ‘I hope this doesn’t upset your swim’. I said ‘I’ll be fine’.” 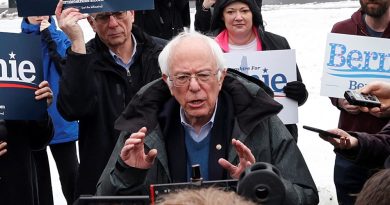 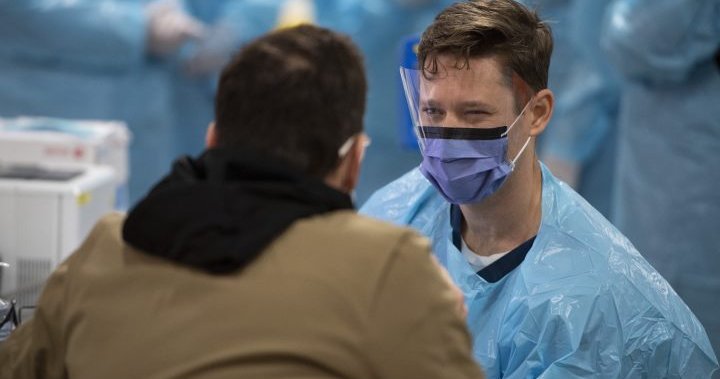