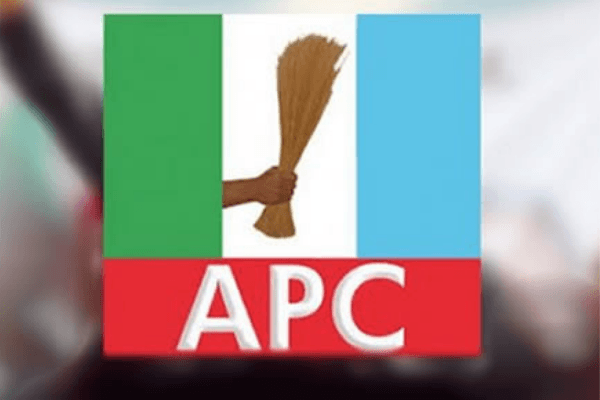 The leadership of the All Progressives Congress (APC), last Friday, Nigeria’s Democracy Day, when the citizens were celebrating their return to civil rule, dealt an unkind blow to its sitting governor, Godwin Obaseki. It was a day of freedom, but the ruling party decided to kill the joy of the governor and his numerous supporters in Edo State.

But “the Brutus unkind cut which vanquished Caesar”, was not surprising to Governor Obaseki, who had raised the alarm that the mischievous glances of supposedly unbiased screening panel members gave him an inkling that he was not going to receive a pass mark (justice) from the panel.

His disqualification from the governorship primary race by the screening committee set up by national working committee (NWC) of the APC for the September 19 governorship election has continued to generate reactions among political observers and Nigerians.

However, for keen political watchers, Obaseki’s disqualification did not come as a surprise judging by events in the state in recent times and the frosty relationship between him and Adams Oshiomhole the national chairman of the party and immediate governor of the state.

Recall that last Wednesday after he was screened by the committee Governor Obaseki had declared that he did not expect to get justice from the Screening Committee set up by the party; he had expressed misgivings at the operations of the committee, saying with Adams Oshiomhole dictating affairs of the party, he knew he would not get a fair treatment.

“The last time I came here, I asked that Oshiomhole recuse himself from the process in the interest of peace and justice. But as a party man, I have had to go through the screening like everybody else.

“Since he is the judge and the jury in this matter, I will just wait for the outcome of the screening. I have given them all the information they need; the controversial certificate from the University of Ibadan has been tendered,” Obaseki had said.

It is believed that Oshiomhole facilitated Obaseki’s emergence as his successor against all odds, however, their relationship broke down just shortly after Obaseki assumed office and despite several peace moves, the soured relationship has remained.

Oshiomhole is believed to be backing Osagie Ize-Iyamu for the party’s ticket.

Ize-Iyamu had contested against Obaseki on the platform of the People’s Democratic Party (PDP) in 2016 but lost.

In the last few weeks, both camps have been engaged in media war. Last week, a Federal High Court in Abuja had restrained the Edo government from proceeding with the probe of the APC chair.

Oshiomhole was said to have breached the state’s Public Procurement Law in regards to the upfront payment of 75percent for the construction of the Edo Specialist Hospital.

A panel was later constituted by the state government to probe the former Edo governor after a judicial commission of inquiry headed by Justice Oyomire found him guilty of the corruption.

Few days after his screening by the committee, the APC published details of Governor Obaseki and five other aspirants’ credentials, which showed that Obaseki had three credits in WASCE, the party therefore, questioned his eligibility to secure a university admission, which required five credits.

But while presenting his report to the APC national chairman at the national secretariat of the party in Abuja, Jonathan Ayuba, the chairman of the screening panel, said the governor was disqualified over defective certificate, saying that his secondary school certificate was not up to five credits.

According to him, “In our view of the issues raised, we have concluded that the higher school certificate was defective.

“The NYSC certificate – an act of the aspirant taking the party to court – these are some of the issues we have attached and based on the party constitution this has made us to recommend that the above candidate, Godwin Obaseki is not eligible to participate in the governorship election”.

Within the last four years, it is generally believed that Obaseki has performed above average in Edo State and stands a good chance of being elected for a second term in office; however, his disqualification by the APC has raised questions if the APC is ready to sacrifice Edo State? Many observers are now asking, “What is APC’s real interest in Edo?”

The governor had boasted on several occasions that nobody can stop him from re-election, saying that he deserved a second term to continue the developmental strides he started in his first term, emphasizing that it was not negotiable.

“I have said it clearly and I told my cabinet yesterday that the second term for me is not negotiable. I am demanding it because I deserve it and I think I have earned it. We need to have it so we can continue what we are doing today.

“I want to assure you that this is a fight that we will prevail. We will fight and succeed. If anybody thinks I will back out, he must be day- dreaming because it is not my fight; it is about fighting for the right thing and cause. I am not going to back off because I know victory is sure,” the governor had said recently.

Meanwhile, Governor Obaseki has ruled out appealing the outcome of the screening exercise, while denouncing the outcome, saying that it was a huge setback for the APC and what the party stands for.

“We had initially asserted that going by the open display and enthronement of illegality by one man in the party that comprises several organs and eminent personalities, there is no way that Governor Godwin Obaseki would get a fair assessment in the run-up to the nomination of candidates to fly the flag of the party in the forthcoming Edo gubernatorial election.

“It is unfortunate that this open show of shame, illegality and travesty of justice is the brand of democracy which Oshiomhole has reduced the APC into. The situation is quite saddening because this is a party supposedly reputed for change, equity and social justice.

“We have therefore, decided that it would be effort in futility to appeal whatever the unjust outcome of the evaluation and screening process of the APC will be, especially when Oshiomhole has declared that he is the Supreme Court and ultimate determiner of the fate and future of our great party,” a statement issued by Crusoe Osagie, special adviser to the Edo State Governor on Media and Communication Strategy, said.

Wale Ogunade, an analyst, said he was not surprised that Obaseki was denied a second term ticket by the APC.

He said the governor would have taken steps to resolve the conflict with his presumed political godfather before the event deteriorated because of his political interest.

According to him, “That is politics for you; every blind man saw it coming. We knew he would not get the ticket of the APC. You didn’t bite the hand that fed you; we saw it coming.

“It is just like what happened to Akinwunmi Ambode; he should have learned from that experience. They are the owners of the party, those of you who are players, you play by their rules, and it is only owners like them that can fight them,” Ogunade said.

Meanwhile, the chairman of the Edo State Chapter of the APC, Anselm Ojezua, has called for calm among party members and supporters following the disqualification of the state governor, noting that the governor has performed creditably and will be re-elected for a second term.
Ojezua said the result didn’t come as a surprise as the governor had alluded to the fact that he will not get justice from the screening exercise.