What do Shaquille O’Neal, Colin Kaepernick, Peyton Manning and Richard Branson have in common? Yes, they’re all famous and/or rich. But they are also linked with one of the hottest investing phenomena of the moment: SPACs, or special purpose acquisition companies.

More than 550 SPACs – also known as blank-cheque companies – have filed to go public on United States exchanges this year, looking to raise over $160bn, data compiled by Bloomberg shows. That’s more than for all of 2020 combined.

On Tuesday, the red-hot trend hit another milestone when Southeast Asia’s most valuable startup, ride-hailing and food delivery app Grab Holdings, agreed to a SPAC merger that values the firm at $40bn- making it the biggest blank-cheque deal on record.

But many are sounding the alarm over SPACS, warning that a lack of transparency could leave small, less savvy investors picking up the tab if the current boom ends in tears.

So what are SPACs, exactly? And just how risky of an investment are they?

So what exactly is a SPAC?

A SPAC is a shell company that allows firms to bypass the traditional initial public offering (IPO) process to list on a stock exchange.

How do they do that?

An investor or a group of investors, also known as “sponsors”, set up a company with no business operations or employees (that’s why it’s called a shell company) and list that company on an exchange.

That listing raises a pool of cash. The SPAC then takes that pool of cash (aka – blank cheque) and hunts around for an attractive startup to buy. Typically, if they don’t find one within two years, then the SPAC liquidates.

What kind of startup are they looking for?

Usually a late-stage one with a bright idea and a promising future – one that wants to raise capital by going public but doesn’t want all the hassle, red tape, uncertainty and steep fees associated with an IPO.

So what happens when the SPAC buys a startup?

Once the SPAC acquires or merges with a startup, the combined entity is a publicly traded firm listed on an exchange. That’s how it offers an alternative to a traditional IPO for taking a company public.

Are SPACs something new?

SPACs have been around for many years, but only recently have they have become popular as a way for entrepreneurs to raise capital and list their firms on a stock exchange.

So how do they differ from traditional IPOs?

A SPAC can offer a much faster route than a traditional IPO for a startup to list on an exchange, bypassing investor road shows, a lot of regulatory red tape and some steep investment banking fees to boot.

The startups also can negotiate their valuation, which can be comforting when markets are volatile – and they were very volatile last year.

Another important difference is how US regulators view a SPAC merger versus a traditional IPO.

A SPAC merger allows the target company’s directors and owners to provide projections for how they see the firm’s revenue growth – known as forward guidance – and that’s something that a company attempting to go public via a traditional IPO is not allowed to do.

“Those projections may not come to fruition, but the company can say, hey, here’s what we’re projecting for 2024, 2025,” Harris Arch and Dan Moore, co-portfolio managers of DuPont Capital’s Merger Arbitrage Strategy, told Al Jazeera.

Does that mean SPAC participants can mislead investors about future performance and get away with it?

No. In fact, US Securities and Exchange Commission (SEC) Acting Director John Coates issued a statement last week cautioning: “Any simple claim about reduced liability exposure for SPAC participants is overstated at best, and potentially seriously misleading at worst.”

What else is the SEC doing?

The SEC has increasingly taken a keen interest in the SPAC boom. In March, the Wall Street watchdog issued a warning cautioning investors “not to make investment decisions related to SPACs based solely on celebrity involvement”.

In that same statement, the SEC warned: “sponsors may have conflicts of interest so their economic interests in the SPAC may differ from shareholders. Investors should carefully consider these risks.”

And on Monday, the SEC threw a spotlight on certain SPAC accounting procedures, warning firms that if they find an error in financial statements filed previously, then they have to assess the impact of that error and disclose it.

So are people worried about SPAC risks?

Dupont Capital’s Arch said the fact that some SPACs present a “hockey-stick projection” – where their revenue has been relatively flat for some years but is then forecast to turn sharply higher – can be concerning.

“There’s certainly a healthy debate of scepticism on whether SPACs can achieve those projections that a lot of times are very optimistic – especially for companies that don’t have revenue,” he told Al Jazeera.

How are SPACs doing overall this year?

The IPOX SPAC Index, which tracks the performance of SPACs, rose from 500 points on its launch date on July 31, 2020 to a peak of 940 on February 17 – a gain of 88 percent, according to Refinitiv data. It has since fallen by a little more than 21 percent.

Why is the shine coming off the index?

Whenever a market gets frothy and the SEC starts taking a serious look under the hood – and that certainly describes the SPAC market right now – scepticism and caution tend to creep in.

What sorts of companies are going down the SPAC route, and how are they doing?

Electric vehicle makers are a good example. They may not be making revenues right now, but they can project what they may do in a few years and therefore have been attracting the interest of SPAC sponsors.

Canoo Inc, a Los Angeles-based electric vehicle startup, went public via a SPAC merger last December. From about $10.20 shortly before the merger, its shares rocketed to a peak of $22 on December 10.

But after a management reshuffle and changes to its strategy, its stock price has fallen back to about $9.70 a share. Its valuation has fallen to an estimated $2.2bn, far below its peak of $4bn just a few months ago.

Are SPACs spreading around the world?

Yes. Several Asian countries from Hong Kong to India, for instance, are starting to look at SPACs more seriously. But they appear to be treading cautiously.

In the region’s financial hubs of Hong Kong and Singapore, regulators are considering tighter frameworks than in the US for listing SPACs, according to Bloomberg.

In Hong Kong, regulators are reportedly considering setting special conditions for sponsors of SPACs, including having a track record for managing money. 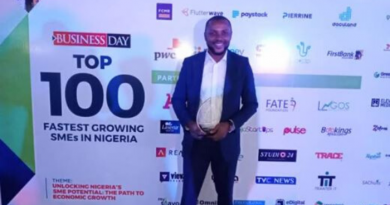 How Nigeria became one of the hottest new forex markets overnight