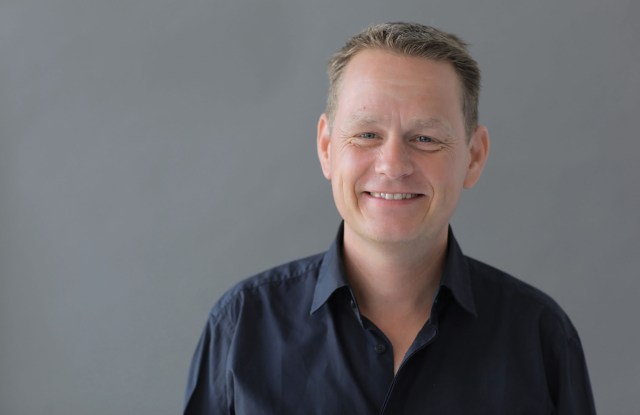 Is common sense being obliterated?

Martin Lindstrom argues as much in his new book, “The Ministry of Common Sense: How to Eliminate Bureaucratic Red Tape, Bad Excuses and Corporate BS.”

To be offered in 58 languages, the book is resonating with readers even better than he expected. Lindstrom said, “Common sense is the ability to see the world as it ought to be.”

Just as following directions means GPS for many, the author believes we are not only unnecessarily outsourcing basic skills and cognitive abilities, but are increasingly losing a piece of our hearts. “Common sense is really in a crisis. I see a direct correlation between common sense and empathy, the ability to put yourself in someone else’s shoes. The less you are able to see the world from another’s perspective, the less common sense you have. It’s fair to say that the more time we spend on social media, the more self-obsessed we become, circling around ‘what I believe and what’s right.’ But we never really see the world from another perspective.”

Due to the brevity of tweets, and the need for instant gratification, people are often not getting a sense of context, the back story and a true emotional response to what is being expressed, he said. They are more inclined to be led to black and white or public opinions, according to Lindstrom.

To some degree, children aren’t learning the key ingredient of common sense: empathy. According to research cited in his book, some mothers’ relationships with their babies are deteriorating due to the use of Botox. The types of “micro movements” in the face that bind us together are eroding, from his point of view, due to injections and other treatments. Through various arms of research, Lindstrom has determined, “Like a muscle, empathy gains strength the more it’s used. If not, it deteriorates.”

To that end, schools in Scandinavia are starting classes about empathy. Educators there understand that if empathy is not infused at an early age, people will most likely never have it, said Lindstrom, who is involved with the project. The book’s aim is to spark a conversation about the need for common sense and empathy, neither of which should be taken for granted. “The pandemic is accentuating the problem with people glued to their smartphones and a generation being born and raised that way,” Lindstrom said.

From his standpoint, social media is creating bubbles that form “what your opinion is, your view of the world and how everyone else is almost the enemy. So how can I see common sense in a universe where I believe I’m right?” Lindstrom asked, adding that he argued that social media was anti-social in a 2004 book.

If the dearth of common sense elicits an eye roll, consider this: Lindstrom is speaking with government officials in two countries, which he declined to identify other than to say one is in Europe, about setting up Ministries of Common Sense to facilitate distribution of COVID-19 vaccines. He is also working with companies to help them infuse common sense and empathy into their corporate cultures.

“When I work with companies, people in these companies are miserable. Miserable. My mission is to give these people a sense of hope over the next four years. If you take a Fortune 1000 company, 35 percent of their time is occupied by bureaucracy, red tape and a lot of meetings with no purpose,” he said.

The rise of AI is another factor. He noted how companies like MetLife and Cogito have installed artificial intelligence in their call centers to listen in on the staff’s alertness and if their voices sound tired, an icon signals them to drink coffee. Their productivity and motivation level are also measured by AI. “Amazon is no exception here. When we come to that space, where we report to a robot, then I don’t need to tell you that empathy is also dead,” Lindstrom said.

As for the fastest route to an acceptable level of common sense, he said, “I don’t think it’s from the top-down. It’s from the bottom-up. Martin Luther King and any of the other people who have changed the world in whatever capacity, did it one person at a time. Mother Theresa would walk across India and she would convince one person at a time. That’s what we need to do. You can’t do this at a CEO or government level,” Lindstrom said, adding that whenever any of the CEOs he has consulted with mandate a change, “It never happens because people don’t trust it. People will ask other people, ‘Will you do it?’ ‘Nah.’ ‘Then I won’t do it.’”

With many companies not reopening their offices for a long time and others looking to unload real estate in favor of the more cost-efficient work-from-home, Lindstrom said, “How can people stay motivated sitting behind a camera all the time? There is no sense of belonging. There is no going back to work. I call it going forward to work. You need to de-fragment your life. What am I doing on a daily basis that doesn’t make sense? Does it make sense to sit on a Zoom call for 60 minutes, when after 26 minutes, I have reached a conclusion and I am staying on to not be impolite?”

For 15 to 20 years, his research has involved living with people in 2,500 homes in 88 countries. Now with the COVID-19 crisis keeping people at home, they are increasingly spending time in front of screens with little human interaction happening, so everything becomes kind of linear, he said. Science shows that empathy is something that mammals as a species did not have, but evolved over time in the cerebral vortexes of our brains. It has become more sophisticated and that’s why we have survived as a species — the ability to put ourselves in the footsteps of a polar bear or whatever to predict what they would be doing, Lindstrom said. However, science and other observational research is showing that for the first time ever that skill set is being lost. And Lindstrom expects things to get worse before they get better.

Studies such as one with 13,000 University of Michigan students showed that empathy levels have dropped 48 percent significantly over a decade. “My concern here is that we have been driven down one path and only see the world from our point of view. That is why we see common sense in a crisis as well, because common sense is common to see the world from others’ point of view. But people don’t care. That’s what we saw in D.C.” during the storming of the Capitol building, he said.

As for the universality of the loss of common sense, Lindstrom cited the adage, “‘If the U.S. sneezes, the rest of the world gets a cold.’ There’s no doubt about it — social media has amplified this. We don’t have patience any more.”

The number of emails received is directly correlated to the number of emails sent, just as the number of posts that are made generates more clutter, the author said. While most people feel busier than ever and more productive during the pandemic, Lindstrom challenged that. “Yes, we’re productive being on all types of Zoom calls, producing PowerPoint decks, but we never have a pause in our life. It is always us trying to keep up with the endless stream of the next caller,” he said.

By constantly having screens in front of us, we don’t see things around us, he said. Waiting for a friend in a bar, we automatically look at our phones rather than strike up a conversation with a stranger. We also never get bored any more and boredom is the foundation for creativity, Lindstrom said. “It allows us to connect the dots.”

Burger King’s chief marketing officer Fernando Machado, who created last year’s Andy Warhol Super Bowl commercial, recently told Lindstrom that all of his creative teams are breaking down and seeing psychologists, because they don’t know how to generate ideas anymore. Having discussed the decline in creativity with “Groundswell” author Charlene Li and Columbia Business School’s Rita Gunther McGrath, the author believes it is the result of being spoon-fed information without ever having a pause. “When you are very creative, you need to be exposed to views that are very different to almost disrupt the person you are,” he said.

As brands and companies grow, they can lose empathy. That is often caused by founders leaving the companies they started, which results in legal and other functions taking over to protect the company from being attacked. The influx of new staffers, who have no ties to the company’s foundation, can be another factor.

With growth, however, and more employees coming on board, the company “becomes its own tribe with its own language, and often self-fulfilling language, a little like the social media bubble,” he said. Renewing fashion brands, for example, can call for new teams, which requires a balance between what the brand stood for and where they’re taking it, Lindstrom said. “Companies become so self-confident in what they stand for that they really don’t care what the consumer wants. That’s why you have stupid online forms that you can’t fill out. They reset if you put in the wrong password. They demand passwords that no one can remember — all the silliness that makes us mad, when we interact with anything,” he said.

As for how some people are unable to succinctly answer questions in business exchanges, preferring to send links to sites or paragraphs of cut-and-pasted corporate information, Lindstrom spoke of a study that involved asking people straightforward questions while their brains were being scanned with an MRI. “Increasingly, with the younger people it showed the pathway went to a spot in the brain that really was Google. People are not storing short term memories.…We have in our laziness come to lean up against the fact that we can grab our device and then the memory is stored on that device.”