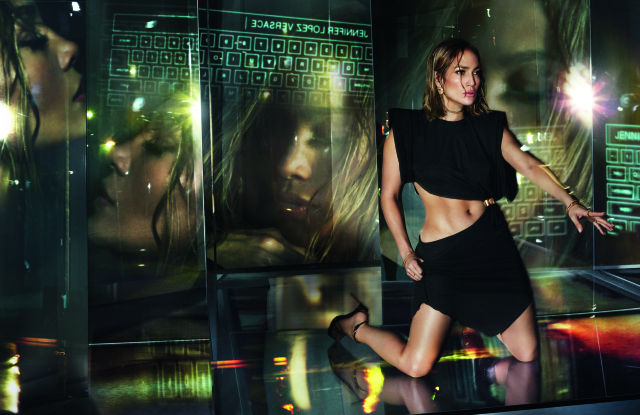 It’s no secret that advertising plummeted during shutdown as some companies significantly reduced marketing budgets due to the pandemic — and fashion and beauty brands were no exception.

After all, their stores were shut during some months, as were their factories unless they were making hand sanitizer and masks. Plus it was impossible for them to produce the usual opulent ads the industry has become accustomed to, involving an army of makeup artists, hairstylists, and fashion and lighting assistants. The list goes on.

The plunge hit the already struggling media industry hard. Despite its best efforts to create alternative revenue streams, it is still heavily dependent on already dwindling advertising sales. The result was widespread furloughs, job cuts and pay reductions across the media landscape as its main source of income dried up even more.

It also raised additional questions about the future of print magazines, which still rely on advertising, especially from luxe brands. Those that stuck to their print schedules were much thinner, while others combined issues and Paper and W are on hiatus as their respective owners mull their futures.

L’Oréal spent $683.7 million on print advertising in magazines in 2018, according to the latest available figures from the Association of Magazine Media, making it the biggest spender in the category. Therefore, any cuts in its marketing budget don’t bode well for glossies. Unfortunately for them, that’s what it did at the beginning of the shutdown. Speaking to investors after the release of the beauty giant’s first-quarter results in mid-April, chairman and chief executive officer Jean-Paul Agon said the group was cutting its advertising budget in the short term for products it can’t sell when stores are closed. He stressed at that time, though, that that might be just for a few weeks.

According to the firm’s second-quarter results out last week, there was also a shift to digital advertising, with e-commerce sales surging 64.6 percent in the first six months of the year. Around 60 percent of the company’s media spend went to digital in the first half, compared to 47 percent during the same period a year earlier.

Looking ahead, the company is planning on increasing marketing spend across the board, with Agon telling analysts that L’Oréal is working with its retail partners to stimulate consumption and create opportunities everywhere. “We have strong launch plans and product initiatives for the months to come in every division and every zone,” he said. “And we are increasing our media investment everywhere to grow our market shares and drive our sales.”

LVMH Moët Hennessy Louis Vuitton, whose brands include Louis Vuitton, Dior, Givenchy and Sephora, also cut back, although like L’Oréal, chief financial officer Jean-Jacques Guiony stressed that it didn’t stop investing in advertising altogether during the worst days of the pandemic.

“What we have stopped basically is investing into marketing when it was totally useless,” he explained. “The example, for instance, of outdoor publishing, nobody was outside for a number of weeks. So what’s the point in advertising outdoor at this point in time? This is the kind of thing we have cut to reflect the real situation of the economy and what people are really doing in these complicated times,” he continued.

But despite reopening beginning, the plan isn’t to immediately go back to the pre-pandemic advertising days to fuel business. Instead, LVMH will “adjust the level of marketing spend to the level of the business,” the cfo said.

“In other words, the business should fund the marketing and not the other way around,” Guiony added. “So what you’ll hear is a big discrepancy with a big surge in marketing ahead of the recovery of the business, it is unlikely to happen. We will control the marketing alongside the development of the top line.”

The company is betting on a gradual recovery in the second half, led by China, after net profit plummeted 84 percent in the first six months of the year.

Kering, the French fashion conglomerate that owns Gucci, Saint Laurent, Bottega Veneta and Balenciaga, said in its first-half report that marketing spend was “cut drastically, due to the lack of in-store footfall and certain customers’ faint receptiveness to the brands’ communication actions during lockdown.”

The group suffered its toughest first half on record this year, with profit plunging 63.4 percent as it was forced to close stores and factories due to COVID-19. Revenues in the three months to June 30 dropped 43.5 percent.

There is some hope ahead, though, with “encouraging” signs of recovery as stores reopened, while the group reported a strong jump in online revenues, although it said that the loss in revenue experienced in the first six months of the year should not be offset in the second half.

Whether the encouraging signs of recovery will translate into a significant increase in ad spending remains to be seen. Magazines, for one, will certainly be hoping that it does. While Kering’s ad spend is nowhere near that of rival LVMH, it’s a big spender in print magazines.

Ralph Lauren said more selective marketing through the pandemic and timing shifts drove its first-quarter marketing spend down 34 percent compared to last year. Like other companies in the fashion space, it, too, pivoted marketing investments away from in-store activations and major sporting events and toward digital during store closures.

As for what the future may hold, Patrice Jean Louis Louvet, president and ceo of Ralph Lauren, said that the company wants to continue to invest in marketing.

“You’ve seen our progress over the past few years, progressing from kind of 3 percent of sales on our way to at least 5 percent, and I’d like us to go beyond over time. So we’re going to continue that,” he told analysts. “This year, based on our forecast, you will see a continued progression of marketing investment relative to sales compared to the prior year.”

Jane Hamilton Nielsen, cfo and chief operating officer, added that some marketing spend from the first quarter will be shifted to 2021 when major sporting events – like the Tokyo Summer Olympics — are expected to resume.

Capri, the parent company of Michael Kors, Versace and Jimmy Choo, is cutting back after a difficult fiscal fourth quarter. Not only did it report a $551 million loss, but it is anticipating top-line sales to fall by another 70 percent during the current quarter.

Thomas J. Edwards, cfo and chief operating officer, told analysts that the company is cutting operating expenses by about $500 million for the fiscal year. The largest amount of savings will take place at Michael Kors, its biggest brand.

As the business recovers, some of these savings will be reinvested back into the company in areas such as marketing.