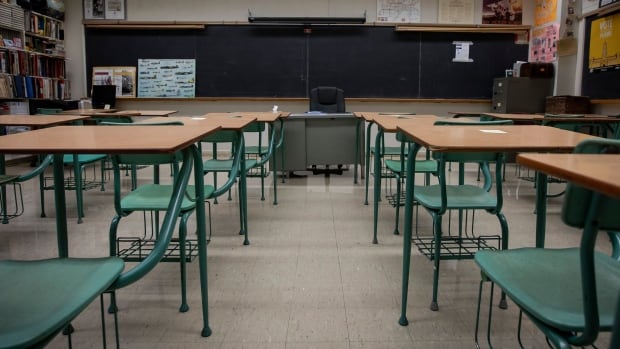 The Calgary Board of Education says its Indigenous students are falling through the cracks.

At the public board meeting Tuesday, trustees voted to accept a report from administration stating that when it comes to the academic success of CBE students, reasonable progress is being made toward desired goals.

And for the fifth straight year trustees voted to accept those results with the exception of student outcomes for Indigenous students — which have been classified as “very low.”

“For students who self-identify as Indigenous, the gaps between the provincial results and CBE’s widened in all three rates with CBE being around 17 percentage points below the province at both three-year and four-year [graduation] rates.” reads the report.

Julie Hrdlicka, trustee for Wards 11 and 13, was the only one to vote against the motion. She said it’s time for the board to think outside of the box for ideas that will have an impact on these results.

“I’ve brought forward this exception for the past four years based on the belief that things would get better,” she said. “In my opinion, our results should be better. I have not seen a significant improvement over five years.”

Richard Hehr, trustee for Wards 8 and 9, said it’s apparent the CBE continues to fall short in this area.

“We’re not making progress, we’re certainly not making reasonable progress,” he said. “That’s the hard truth to face.… We’re just not succeeding. So where do we go from here?”

“We can all agree that the results for indigenous students is a concern. I haven’t heard any trustees in the time I have served on this board if they were satisfied with the academic achievement of this group of students,” said board chair and trustee for Wards 5 and 10, Marilyn Dennis.

“We do need to give the system time to execute on the plan, to reflect on their work and adjust as necessary on its own. This work takes time,” she said.

“And it would be safe to assume that this work will take even longer in the midst of a global pandemic.”

Dennis said one of the key elements of the new strategy is that each student’s progress will be tracked individually so that a solution can be analyzed and adjusted as necessary.

The school board also has an Elders Advisory Council, comprised of Indigenous elders and knowledge keepers, who help inform the CBE’s work with Indigenous students, and a truth and reconciliation circle that will have regular meetings.

Parents speaking at the public comment portion of the meeting said while these steps are going in the right direction, they want more from the school board when it comes to empowering its Indigenous students in their education.

Michelle Robinson, who is Indigenous, said she had made the decision to pull her daughter from the CBE.

“I ask the CBE when they look at their report of how they are failing Indigenous students, that they do some self-reflection and that they consider some of the changes that we have brought to the table over the course of decades, not just today,” she said.

“We as Indigenous people have given solutions through the many recommendations of the Royal Commission on Aboriginal People, the calls to action through the Truth and Reconciliation Commission, and the 231 calls to justice to the Missing and Murdered Indigenous Women Inquiry report as well.”

Former CBE student and current academic scientist, Jeremy Morris, said one of the most concerning issues revealed in the report is the persistent gap in science report card results for the youngest students within Division 1.

“Students who self-identify as Indigenous scored an average of 4.5 points, less than all students. Not only does this gap exist, but if you look back at previous years, we see that the gap is actually widening,” he said.

Morris said that while he commends the CBE for recognizing the importance of improving these outcomes, what is really required is a hard look at fundamental barriers Indigenous students face every day.

“For example, many science-oriented students who choose to attend the science program are forced to spend their days in a school named after Hector-Louis Langevin, who … was a key figure behind the residential school system,” he said.

“Correcting this obvious issue is a necessary first step in decolonizing the education system.”

At the CBE, students must self-identify as Indigenous to be recognized as such by the board. The self-identifying Indigenous student cohort represents about 360 students.