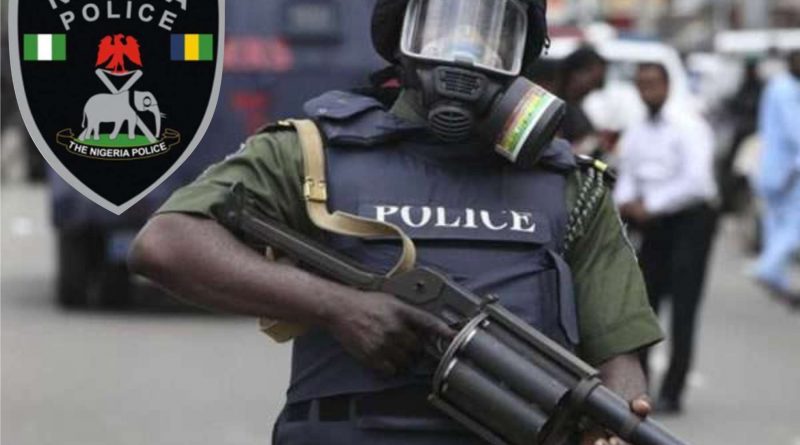 As the Nigeria Police Force (NPF) responded to the instructions of President Muhammadu Buhari and the yearnings of Nigerians to close down the Special Anti-Robbery Squad (SARS), it took steps to implement its replacement with the Special Weapons And Tactics team.
The Inspector-General of Police (IGP), Muhammadu Adamu, has said that the NPF is partnering with the International Committee of the Red Cross (ICRC) and other Development partners for the training of the new Tactical Team.
The IGP further reaffirmed in a statement by DCP Frank Mba, that “the new Police Tactical Team will operate within very high professional and ethical standards, rule of law and dictates of best international policing practices.”
DCP Frank Mba quoted the IGP emphasising that not a single personnel who served in the discontinued Special Anti-Robbery Squad (SARS) will be in the new Tactical Team. He explained that, “The officers selected for the training are young, smart and energetic, who have acquired seven years working experience with clean service records and without pending disciplinary matters, no record of violation of rights of citizens or misuse of firearms – and are physically fit to withstand the rigour of SWAT Training and Operations.”
By putting high bar for the character, orientation, record and other attributes that form the quality of personnel fit for selection into the SWAT Unit, it is certainly going to be a team that will fight crimes vigorously while maintaining a friendly and cordial relationship with law-abiding members of the public, whose safety and security it is established to ensure.

The inclusion of topics in the training of personnel for SWAT covering humanitarian laws, police conduct in conflict situation, respect for human rights, especially in the use of force and firearms, arrest and detention amongst others, will shape the psychology and comportment of members of the SWAT Unit rightly. The new attitude will manifest as they discharge their obligation of checking violent crimes in the country.
DCP Mba said in the statement that “modern-day police ethics and values, Intelligence-led policing, Operation planning/Tactical decision-making processes, hostage rescue tactics and operation, weapon handling, first aid/basic life saving skills, stress/fear management, police-citizens relations and emotional intelligence” are all in the training package of members of the SWAT Unit.
It is interesting to note that countries practicing democracy and demonstrating respect for human rights also have specialised, rigorously-trained, adequately-equipped and highly-motivated police units that fight violent crimes, banditry, insurgency, drug trafficking and a general tendency to disrupt public safety and security. Nigeria should not be an exception.
For instance, in the United States of America the special Unit is called SWAT, exactly the name-sake as ours. My web search returned interesting facts about the establishment of SWAT in that country in the 1960s. It was done “to handle riot control or very violent confrontations. SWAT teams are deployed 50,000 times a year in high-risk situations.”

“Along with the FBI (Federal Bureau of Investigation), the CIA (Central Intelligence Agency), the APF, and the United States army, the Special Weapons and Tactics (SWAT) team is one of the most elite in the world. SWAT members are put through some of the most rigorous training, in order to help protect the people they serve,” an entry on a site says.
In Germany, their equivalent of Nigeria’s and America’s SWAT is called GSG 9.
The site I visited says this about the GSG9: “The GSG 9 is the elite Police Tactical Unit of the German Federal Police, and the counterparts to the state-level Special Deployment Commandos. The GSG 9 came into being after the 1972 Olympic Games terrorist tragedy. GSG 9 is only open to officers with two-years service, and applicants go through rigorous medical, physical, and psychological training before taking a 16-week basic training and further 9-week specialized training.”

The Mafia-infested Italy has Polizia Di Stato, which was established to counter the activities of countless mafias, which rule organized crime in the country. The Polizia Di Stato is therefore one of the most highly trained police forces in the world.
This elite police unit was responsible for stopping some of the most dangerous Mafia bosses in the world, including the number two Most Wanted Person in the World then, Matteo Messina Denaro, the leader of the Italian Cosa Nostra mafia group.
In Japan, there is the National Police Agency (NPA). The NPA is directly under the National Public Safety Commission. It is ultra-disciplined. It is reportedly very rare to find a corrupt officer in its fold.

An entry on NPA indicates that, “Their structured training is intense, versatile, flexible, and covers almost every known aspect, from crime prevention to law enforcement. Policemen and women in the NPA are trained equally and serve in divisions like General Affairs, Police Administration, General Safety, Community Police, Criminal Investigation, Organized Crime, Traffic Police, The Security Police, and Instructor Division. They also have a dedicated Research and Training Center that conducts financial crime investigations to stop money laundering, fraud, “cybercrime,” and more.”
There are similar outfits in developing countries. Their personnel are supported, respected and appreciated for their willingness to make sacrifices, sweat profusely and even die in enforcing the law and the protection of lives and property which they swore to do.
It is appropriate that the IGP seeks the cooperation of the citizens in the current drive for a new and reformed Nigeria Police Force.
Indeed, we as citizens should be patient, and as stated in the statement by DCP Mba, “believe in the reform processes which are all directed at ensuring the security, safety and rights of all.”