When it comes to veterans in our nation, there appears to be one of two attitudes held towards their presence.

“We love our Veterans! We support them no matter what! ”

“Veterans are just tools of a war machine who deserve what they get!”

While many conservatives will never criticize the military or police no matter what, other political ideologies such as liberals, libertarians, or anarchists, will sometimes spit on the service of veterans by calling them, “tools of the government”, and other derogatory terms, – The truth is somewhere in the middle, as is in most cases of “This Vs That” issues.

Yes, there have been servicemen and police who have acted inappropriately in their service. The Mahmudiyah rape and killings involved the gang-rape and killing of 14-year-old Iraqi girl Abeer Qassim Hamza al-Janabi and the murder of her family by United States Army soldiers on March 12, 2006. In other cases, many Vietnam veterans have admitted that they killed Vietcong soldiers and wore pieces of their body parts as trophies. And yes, it is true that many military conflicts are fought on bad intelligence or for malicious profit or gain.

However, there are also many accounts of soldiers who disobeyed orders that went against their conscious and/or later spoke out against things in their service they disagreed with. Soldiers are not mindless drones! They are usually very intelligent people.

A good example is Major General Smedley Butler, America’s most decorated marine in modern military history, who wrote the book, “War is A Racket”, which exposed the corrupt money-making schemes involved in overseas wars. Smedley, emphasized that soldiers should only be made to protect their country, not to police the world or fight on behalf of money hungry politicians. Very brave and intellectual statements indeed!

Many liberal leaning people, often criticize our servicemen as being mindless robots for the US military, but this couldn’t be farthest from the truth. Every person who wants to serve our country is required to take an oath to the US constitution, a legal instruments that formed the foundation of our modern legal system to which the average American cannot even recite. When our nation is threatened with an outside attack or an internal attack of gigantic proportions, the military is deployed to handle the crisis. These men and women spend their careers honing their combat, administrative, legal, and survival skills in order to protect those in their community.

While I agree that it is the duty of Americans to arm themselves and take part in the protection of their communities, our servicemen devote 100% of their time towards this effort, thus, they are experts in this field. Because we have a military, we can walk through the streets, fly through the air on our airplanes, and travel the world, knowing that there is a military force that is trained and ready to protect us from invaders.

People join the military for all kinds of reason. Sometimes those reasons are selfish other times they are purely out of duty and love for one’s country. Regardless of the reason, the soldier enlisted is employed to serve a primary duty of protecting his/her people. This rings true in all armies around the world. Without a military, in the event of an invasion, poorly trained citizens would have to band together with limited supplies to combat such a threat. While not totally impossible, the consequences would be disastrous, most likely leading towards the breakdown of their society.

When soldiers are sent off to fight and die in conflicts that appear to have little to do with our national security, please do not criticize the soldier. Criticize the policy maker who ordered their deployment! Criticize the commander in chief if you wish, criticize your state’s governor if you wish, criticize our lack of spirituality if you wish, but do not criticize the soldier. Most soldiers that I know who are stationed in Iraq or Afghanistan want to come home, many agree that the wars have gone on far enough, they don’t want to participate in such actions. Yet, when they are deployed and the bullets firing towards them from insurgents begin, they have no choice but to fight back, all because of a policy maker who decided that military action was necessary.

Servicemen can be seen as “tools of the government”, but only when “we the people” do not support them and speak out for them. In the 1960’s, many Americans were forced to deploy to Vietnam under Draft provisions. Anyone who refused to enter into the military under a draft order was sentenced to prison. These young men who were forced to kill, fight, and see their friends die, were spat on and ridiculed by the anti-war movement and were often called, “Baby killers”. These men were forced to fight in an unpopular war under threat of law, yet were ridiculed for attempting to survive such a desperate situation. These events were totally unfair towards our veterans. This is why Vietnam Veteran Era soldiers have some of the highest incidents of PTSD.

Contrarily, because of strong opposition from the American public with displays of nearly constant protests regarding the Vietnam war, politicians felt the pressure and eventually brought home our troops after being in the area for 20 years. Our troops now face a similar situation in Iraq and Afghanistan. Our troops have been there for 17 years. Despite early protests from the modern anti-war movement, in recent years, these wars have been mostly forgotten about by the public.

President Obama announced a supposed end to the Iraq war in 2011, yet to this date, there remains over 30,000 troops permanently stationed in the country whereas Afghanistan remains as active as ever in terms of conflict. These wars appear to have no end in sight. But who is at fault? Our servicemen or our law makers?

Our servicemen have only a few things in mind when it comes to their service.

I must protect my nation

Politics are of little concern to soldiers. In fact, the “Uniform code of military justice”, a codified legal system governing enlisted soldier behavior, bars public criticism of the President and missions in order to protect moral during combat. Perhaps every year, congress should take a vote from our soldiers who have boots on the ground, or make true congressional declarations of war; such reforms would be highly beneficial in my opinion. Regardless, there is still no merit in criticizing individual soldiers or police to the degree we have been.

Let’s say you work for Nike, Reebok, Toyota, Burger King, HCA, or any major corporation. It is pretty safe to say that all of these corporations have probably committed some atrocious act at some point; Harming the environment, treating employees badly, using forced child labor, etc. Because you work for a corporation that sells products using unethical means, does that mean that you yourself are evil? Probably not. You are probably just happy to have a job in order to feed your family or perhaps you really love the product but secretly wish that the company operated more fairly.

I think our soldiers and our law enforcement officers feel the same way. They are doing a JOB! A job that often includes things that they disagree with but must carry it out anyways. Occasionally, an employee may speak out or rebel, but he/she does so at risk of losing their job or even their life in some cases. If we as a society want to reform a corporation, reform a military, or reform a government, being angry with the actions of the leaders of such an organization is a normal response. But to criticize those who carry out the functions of that organization are not always warranted and are often gray, murky, and situational.

If you truly support our Veterans or if you truly disapprove of the missions they are involved in, be a part of the solution instead of simply espousing hatred towards such an entity. Bring together your community, show solidarity, make it clearly known to policy makers how the public is feeling, boycott, get new laws passed or repealed and use diplomatic methods to reshape these institutions.

The best way to support our veterans, those who stand between us sleeping safely at night or being invaded by those who wish to do us harm, is to get involved in politics in order to prevent needless wars and to support those injured soldiers who return home from these wars. Our servicemen and law enforcers, while not always behaving perfectly, are essential to preserving a free society. When these men and women who are trusted with keeping our lands relatively safe act out under bad leadership, we should seek to reform the system, hold individuals accountable, work aggressively towards preventative measures of a repeat incident.

Honor and dishonor exists in all areas of employment. Some employees will take pride in their jobs, seeking to obtain a leadership position in order to improve conditions for everyone, whereas others will do just the bare minimum because they just want survive and get by. Unless you are living off the land living like the Amish and making your own clothes by scratch, odds are, we are all somewhat guilty by association in terms of the things we buy, the places we work at, and/or the things we say to each-other.

No one is innocent.

If you hate the wars, if you hate the policies, if you hate the way things are run, start your own or seek to reform them. It is that simple! Criticism is necessary for a dialogue to occur, yet, eventually some action has to come next to create a solution. Some problems are never completely cured as problems often evolve or devolve. Regardless, someone has to care enough to do something about it and I’d bet every last cent I have that most soldiers have no desire to unnecessarily harm others, and most police officers don’t want to unnecessarily ruin people’s lives. We must stop picking on the “foot soldiers” and criticize those who are calling the shots, the law makers and the CEOs who make the final stamp on an order.

Just like in all systems or ideologies, it is the “bad apples” who give the harvest a bad name. As a person who is interested in running for office someday as a congressman or senator, instead of bashing the actions of policemen and servicemen, I am more interested in talking to them on ways we as lawmakers can improve our system, make it more fair, make their jobs easier, and less stressful.

If we as a society are comfortable with criticizing policemen and our soldiers because of bad leadership, we should be consistent and also protest the lowly cashier who works at a fast-food restaurant which serves unhealthy food to our public. As Jesus Christ once said,

“Let he who is without sin, cast the first stone.”

or as a great rapper once said, 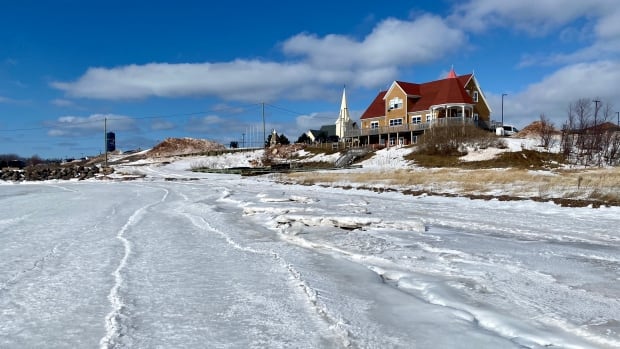 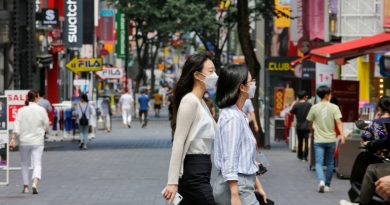