First off, Don’t be mistaken. This is not an article on how to start up your new video production company as I’m just getting started myself. What it is though is a look at what I’m learning when it comes to “getting out there” and a bit about my experience as a film producer.

What have I learnt so far you may ask? Well for one thing I’m not very computer savvy so when it came to sorting out my Facebook page, Twitter and LinkedIn accounts for my video production company it took longer than I thought it would. Don’t get me wrong, setting them up were pretty easy but when it came to Facebook I did a dumb thing.

First thing I did was create a page in my personal account. This is not a bad thing to do but when I heard its best to have a Facebook account dedicated solely to your business I deleted the page I created. This has now given me a problem linking my Twitter and Facebook accounts. The good news is that I found out about Twitterfeed, which I highly recommend. I have now linked up my blog directly to my all of my accounts so when I post anything on my blog it goes directly to those accounts.

Okay, enough about the boring stuff. I would say the key thing I have gotten right so far is assembling my team. I can’t stress this enough. I have learnt this big time when producing my own films. If you get one person who’s being a problem it can cause a domino effect throughout your team.

What sort of problems you may ask? Well, to be perfectly blunt, people who just bitch all the time. You’ve met them before. They just bitch for the sake of bitching. It’s like air for them. Here’s a tid-bit of information for all you want to be producers out there, especially if you are doing an independent film on a low budget.

You want to know how you spot these people who are going to give you grief throughout your film? Well there is one way and it’s not always foolproof but it will give you a good sign most of the time. It’s…are you ready for this? Its people who agree with everything you say. Are you kidding me you ask. No I’m not I say. I wish I was.

In my experience when I’m in pre-production prepping a short or a feature these people have been great. You will say “Can you do this?”, “Are you okay with that?” They will be very courteous and polite and say things like “Not a problem” or “She’ll be right” (popular New Zealand saying by the way). If you hear these words a lot in your everyday conversation with any member of your crew and at the same time they are agreeing with everything you say, take those words as “There will be a problem” (“Houston, we have a problem” for you americans) and “Everything wont be right”.

Don’t ask me why. Maybe they crave the attention they never got as a child. Who knows and who really cares for that matter. Remember, they are going to make your life hell! The truth is there’s no real answer because there’s no logic to it. It’s like asking “How did Sandra Bullock get an academy award for best actress?” Again, no logic to it and a question that has people stumped to this day.

Anyway, I have babbled on long enough. I have an email campaign for my video production company going out next week. I’ll keep you informed on how I get on with that and any other stuff that I have to contend with. I’ll also share more of my pearls of wisdom on the film front. 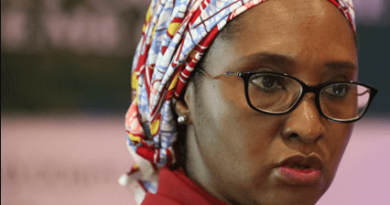