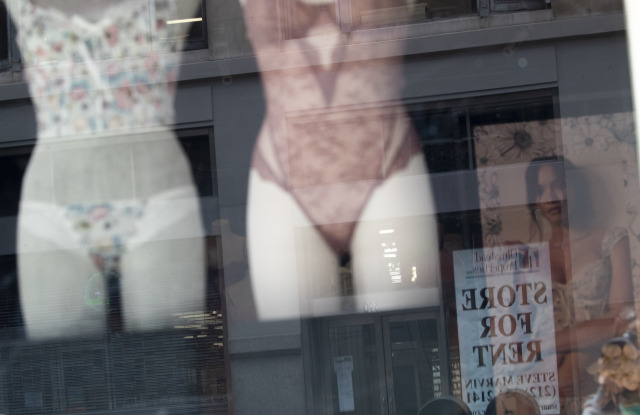 Even with the pandemic, some things might be starting to look little bit better for the Angels.

L Brands Inc., parent company to Victoria’s Secret and Bath & Body Works, posted quarterly results Wednesday evening that fell short on both top and bottom lines. But there were a few bright spots, including Victoria’s Secret e-commerce business — which was up 65 percent to $613 million during the quarter, compared with $373 million the same time last year — and the Bath & Body Works brand, known for its seasonal soaps and hand sanitizers. (“On the online channel, we have obviously been experiencing holiday-like volumes really since the start of the pandemic,” Andrew Meslow, chief executive officer of L Brands and Bath & Body Works, told analysts during Thursday morning’s conference call.)

That was enough to tame investor fears. L Brands shares shot up during Thursday’s session, closing up 3.86 percent to $29.57 a piece.

“We believe Q2’s 18 percent [earnings before interest and tax] growth despite a 20 percent revenue drop, on gross margin expansion no less, is positive proof that change is afoot,” Simeon Siegel, managing director and senior retail analyst of BMO Capital Markets, wrote in a note. His firm rated L Brands stock “outperform” and set a price target of $35.

The company credited a series of “difficult decisions” — such as trimming the workforce by 15 percent, reducing inventory receipts and permanently closing more than 200 Victoria’s Secret stores during the quarter — to its success.

Jen Redding, equity analyst at Wedbush, called these actions, along with Meslow’s recent promotion to head the company, “adequate” improvements. “We think the company will overcome the near-term crisis,” she wrote.

L Brands said Wednesday it’s moving forward with its plans to spinoff the lingerie business — which includes the Victoria’s Secret beauty and Pink divisions — into a private, stand-alone firm. But first, the retailer has its sights set on the upcoming holiday season, which is historically the highest-volume season, although it will have to navigate a land of social distancing this year.

“We’re very focused on having the best holiday possible,” said Stuart Burgdoerfer, executive vice president and chief financial officer of L Brands, as well as interim ceo of Victoria’s Secret. “As we moved through the second quarter, we got comfortable with our protocols…around safety, social distancing, consistent sanitizing of all the surfaces and products within the store on a regular basis. And that allowed us to get comfortable with raising that max occupancy up to about 30 percent. But that’s still going to be an issue as we move into the height of holiday in terms of how many customers do we feel comfortable metering into the store at any point in time.

“We’re doing lots of additional testing here in the third quarter to simulate peak volume and understand how that will impact capacity and throughout,” Burgdoerfer said.

That includes experimenting with mobile checkout options, procuring additional personal protective equipment, hiring added and sometimes pricier labor to fulfill orders at distribution centers during the high-volume season and instituting buy online, pick up in store services to some Bath & Body Works locations. Meslow added that gifting is a big part of the Bath & Body Works’ holiday business, something the company will try to spread out to other times of the year.

“So that all comes with additional costs,” Burgdoerfer said.

But Burgdoerfer said the pandemic “actually creates a real opportunity for us in the positive sense to make substantial change in the profile of inventory purchases…that in combination with what we do believe is being closer to the customer and delivering better fashion and newness, better merchandising fundamentals around good, better, best basics.

“We’re not in any way out of touch with reality about where we are,” Burgdoerfer said. “But with that said…I sense a real stabilization and with the combination of actions that we’re pursuing and that we’ve talked about. I see the opportunity for that stabilization and then for resuming to a pattern of growth most importantly at retail in terms of topline and margin dollars again in combination with the cost rationalization actions that we’ve pursued. Some of the changes we’ve made one might argue are subtle so far. But we have indication that the consumer is noticing those changes. And there’s more to come on both those things. So we got a lot in front of us. We’re not confused about where we are and we put that in combination with operating in an environment that’s a pandemic, with the effect of closing stores and the earlier conversations around, around store capacity and so on at holiday. But, [we’re] feeling like the business is stabilizing, and that we’re creating the platform for growth.”

Shares of L Brands are up approximately 53 percent year-over-year.