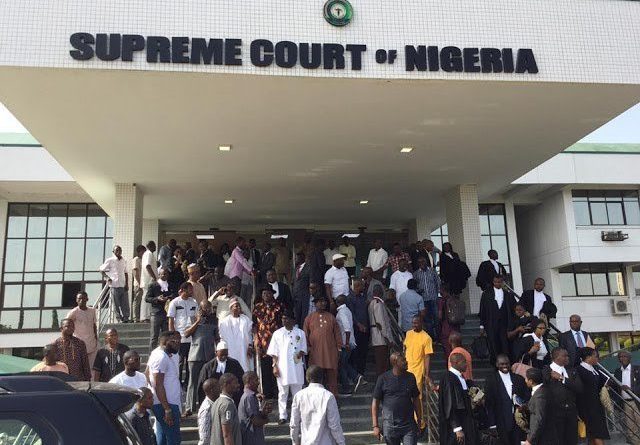 As the newly sworn-in Governor of Imo State, Hope Uzodinma
settles into office, there are clear hints that he may be sitting on
tenterhooks. Fresh facts reaching Newsdiaryonline indicate that Emeka Ihedioha
has  perfected strong grounds upon which his
lawyers are asking the  Supreme Court to
set aside  its recent verdict which
gave  victory in the 2019 gubernatorial
election to  Uzodinma.

Newsdiaryonline
gathered that the legal team led by Kanu Agabi SAN has outlined five key
grounds upon which  the Supreme court has
been asked to reverse its judgement which favoured Uzodinma.

Ihedioha’s suit before the Supreme court has Senator Hope
Uzodinma  and the All Progressives
Congress(APC) as 1st and 2nd Appellants/Respondents. Meanwhile,
Rt Hon Emeka Ihedioha and Peoples Democratic Party, PDP are listed as 1st
and 2nd  Respondents/Applicants.
The Independent National Electoral Commission was listed as Respondent.

In  the  Motion on Notice before the Supreme Court, Ihedioha’s
lawyers are praying  for an “an order
setting aside as a nullity the judgement delivered  by this Honourable Court on the 14th
of January 2020 in Appeal No.SC 1462/2019 and Cross Appeal No.SC.1470/2019.The
motion on Notice also prayed “for such other order(s) as this Honourable Court
may deem fit or proper to make in the circumstance”.

Though listed as number three in the Motion on Notice,
sources said  Ihedioha’s lawyers strongly
prayed that the judgement to be set aside is a nullity “in that it was obtained
by fraud or deceit.”

Advancing their  reasons for this, they said”(The appellant
/Respondents fraudulently misled court into holding that a total of 213,495
votes were unlawfully excluded from the votes scored by the 1st
Appellant/Respondent in the gubernatorial election of 9th March 2019
in Imo State.

“The 1st Appellant/Respondent admitted under cross
examination that he was the person (and not the 3rd
Respondent(INEC)or any of its  officials)
who computed the result that gave him the 213,495 votes alleged to have been
excluded from  his total votes in the
election.

They averred that “the fraud was further demonstrated by
Exhibits 63RD1 to 63RD19(INEC Forms EC40G) which show
that there were no valid elections in 388 polling units where  the additional 213,495 votes claimed by the 1st
Appellant/Respondent were allegedly generated”.

Ihedioha’s lawyers made further stunning grounds for setting
verdict on Uzodinma.They said “ the judgement sought to be set aside is a
nullity in that it was given per incuriam”.They asserted that “By Exhibit
A1(Form EC8D) the total number of voters accredited  for the Governorship Election held on 9th
March 2019 in Imo State was 823,743,while
the total valid votes cast was 731,485.

“It is unlawful for the total number of votes cast in an
election to exceed  the number of
accredited voters and that illegality rendered the judgement sought to be set
aside null and void.”

In the motion on notice, Ihedioha equally  asserted
that “there being a subsisting judgment of the court of Appeal
dismissing the (Uzodinma’s) petition incompetent continues to subsists  as the Appeal Against that decision was not
considered by this Honourable court.”

“In the absence of any specific order setting aside the order
of the court of Appeal striking out the petition, the Supreme Court had no
jurisdiction  to countenance   the Appellant’s appeal”.

Also, Ihedioha is praying that the judgement sought to be set
aside is a nullity in that it was delivered without jurisdiction. Among others,
this ground  avers that the apex court
‘”did not have jurisdiction to declare
the first appellant /Respondent as elected in the absence of any proof
that the votes ascribed to him met the mandatory  geographical spread stipulated in section 179(2)
of the Constitution of the Federal Republic of Nigeria(as amended).
“This Honourable court did not have jurisdiction to declare that the 1st
Appellant/Respondent met the constitutional geographical spread without
providing providing in its judgement the reason(s) for that conclusion.

Lastly,Ihedioha’s lawyers chronicled some additional reasons
they believe court was misled,upon which they say the judgement was a
nullity.The reasons include among others that the Supreme Court was “misled
into making a vague order directing the inclusion of votes from the 388 polling
units without stating or specifying the particular number of votes to be
included from those polling units for all the parties.

“Without computing the votes for all the parties from the 388
polling units, this honourable court was misled into making a declaration  that the 1st Appellant/Respondent
was the winner of the gubernatorial election
in Imo State-an election that the Appellant /Respondents had themselves
branded or stigmatized as invalid on account of non-compliance.

Newsdiaryonline learnt  that beyond the legal arguments, there is a  general feeling that injustice was perceived
to have been  done and that it was
necessary to take steps to also restore people’s confidence in the Supreme
court. That is why the apex court justices are being called upon to exhibit the
courage to take another look at its earlier judgment and  set it aside for the sake of posterity.

It was further learnt that senior lawyers in the country even
including some  All Progressives Congress
members  have expressed their concerns
over the worrisome  nature of the verdict
which  catapulted  Uzodinma from being the 4th in
terms of initial vote tally to being declared as winner by the Apex  Court.

In the result declared by INEC, Ihedioha of PDP polled the
highest number  with 273,404 votes. Uche
Nwosu of AA polled 190,364 votes while Ifeanyi Ararume of APGA polled 114,676. According
INEC’s tally, Uzodinma  was number four
with 96,458 votes. 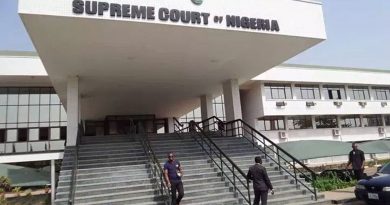 ‘Seven reasons Supreme Court can reverse itself on Imo guber’ 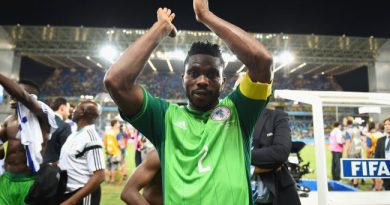