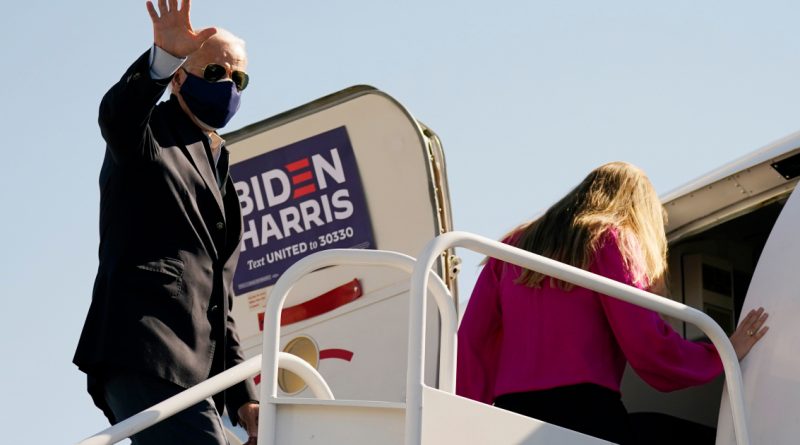 President Donald Trump and Democratic challenger Joe Biden have kicked off the final stretch of the election season with campaign events in states they both hope to flip on November 3.

With just more than two weeks before the election, Trump began on Sunday in Nevada, making a rare visit to church before an evening rally in Carson City. Once considered a battleground, Nevada has not swung for a Republican presidential contender since 2004. Hillary Clinton won the state by just 2.4 percentage points in 2016.

Meanwhile, Biden, a practising Catholic, attended mass in Delaware before campaigning in North Carolina, where a Democrat has not won in the White House race since Barack Obama in 2008. Trump won the state by 3.6 percentage points in 2016.

Both candidates are trying to make inroads in states that could help secure a path to victory, but the dynamics of the race are remarkably stable. Biden enjoys a significant advantage in national polls, with the RealClearPolitics news site showing the former vice president leading by an average of 9 percentage points nationally. Biden has a smaller edge in battleground surveys.

With Trump seated in the front row at the nondenominational International Church of Las Vegas, the senior associate pastor, Denise Goulet told attendees God told her the president is the apple of his eye and would secure a second term.

“At 4:30, the Lord said to me, ‘I am going to give your president a second win’,” she said, telling Trump, “you will be the president again”.

Trump, whose support from evangelicals was key to his 2016 victory, offered brief remarks, saying “I love going to churches” and that it was “a great honour” to attend the service. The president also said “we have a group on the other side that doesn’t agree with us”, and he urged people to “get out there on November 3 or sooner” to vote. He dropped a wad of $20 bills in the collection plate before leaving.

Despite the pandemic, there were no efforts to social distance or limit singing, which health officials classify as a high-risk activity. Few attendees wore masks inside the church.

Meanwhile, Biden addressed supporters at a drive-in rally in Durham, North Carolina, where he focused heavily on promoting criminal justice changes to combat institutional racism and he promised to help build wealth among the African American community.

Speaking from a stage in a parking lot with about 70 cars, Biden said North Carolina is crucial to his chance of victory.

I’m in Durham, North Carolina, encouraging folks to make their plan to vote early. Tune in — and then head to https://t.co/uoiVh9HPb8 to make yours. https://t.co/lNw7Jxuh65

“It’s going to make all the difference here in North Carolina,” said Biden, who removed his face mask when he spoke. “And the stakes couldn’t be higher.”

He noted Trump had said at one of his rallies the country had turned the corner on the pandemic.

“As my grandfather would say, this guy’s gone around the bend if he thinks we’ve turned the corner. Turning the corner? Things are getting worse,” Biden said.

Democratic vice presidential candidate, Senator Kamala Harris, cancelled in-person events over the weekend as a precaution after an aide tested positive for COVID-19. She will return to the campaign trail on Monday with a visit to Florida to mark that state’s first day of early in-person voting.

Harris tested negative for the virus on Sunday, the campaign said.

The approaches each candidate are taking in the closing days of the contest are widely divergent, with Biden embracing public health guidelines for campaigning during a pandemic.

He wears a mask in public when not speaking and his events emphasise social distancing.

Trump, for his part, has returned to hosting his signature rallies, where attendees are squeezed shoulder to shoulder and many do not wear masks. He continues to play down the coronavirus, even though he is recovering from his own bout with it.

In addition to public polling that indicates Biden has an edge, the Democratic challenger’s campaign has another considerable advantage over Trump’s: Money.

Over the past four months, his campaign has raised more than $1bn, and that has enabled him to eclipse Trump’s once-massive cash advantage.

That has become apparent in advertising, where Biden and his Democratic allies are on pace to outspend Trump and the Republicans by twofold in the closing days of the race, according to data from the advertisement tracking firm Kantar/CMAG.

Though Trump has largely retreated from advertising in Midwestern states that secured his 2016 win, he has invested heavily elsewhere, including North Carolina, where he is on pace to slightly outspend Biden in the days ahead.

In Nevada, Democrats are set to outspend Trump in the closing days by more than 3-to-1.

Trump’s visit to the state is part of an aggressive schedule of campaign events, where he has leaned heavily into fear tactics.

Despite the positive polling and financial outlook, Biden campaign manager Jen O’Malley Dillon said over the weekend the national figures are misleading because must-win states are close.

“We cannot become complacent because the very searing truth is that Donald Trump can still win this race, and every indication we have shows that this thing is going to come down to the wire,” she wrote in a memo to donors. 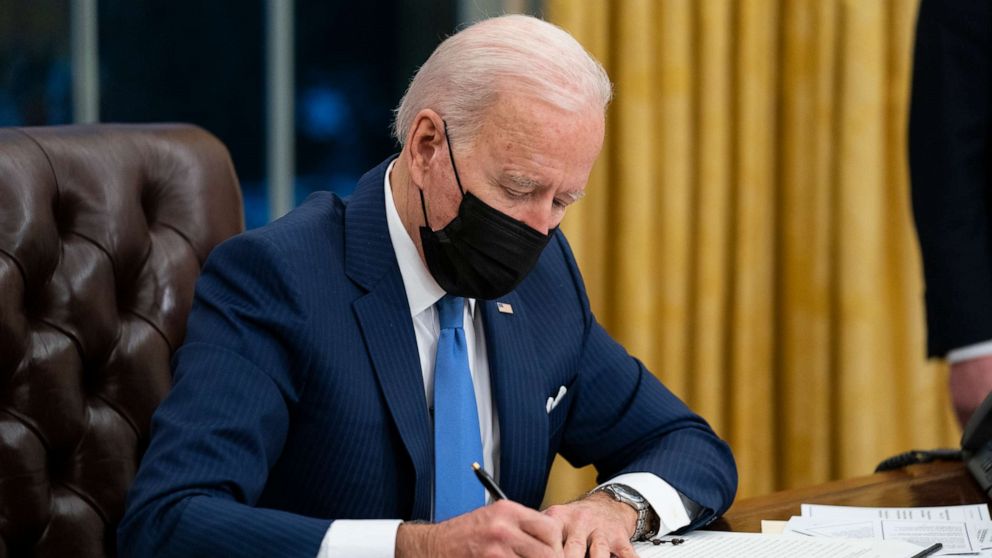 Is It Possible to Convert a Chapter 13 to a Chapter 7 Bankruptcy?