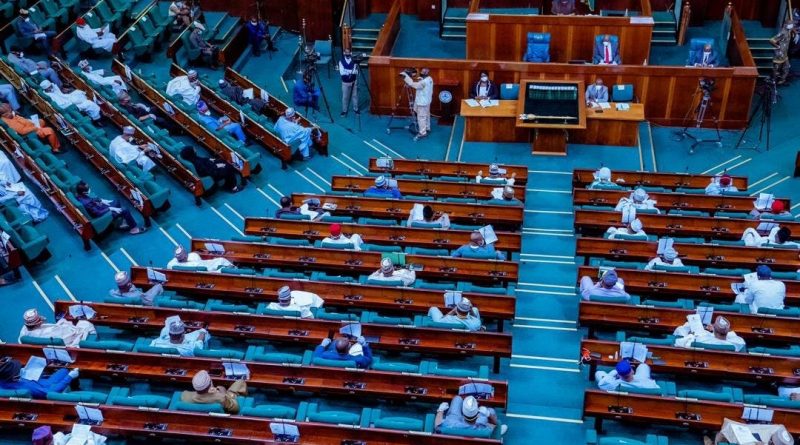 The Speaker of the House of Representatives, Femi Gbajabiamila, on Wednesday described the Federal Special Anti-Robbery Squad, FSARS, as unworthy of their security jobs.

The Speaker gave the reprimand during Wednesday’s plenary session.

He deplored the brutality, associated with the operations of the unit, across the country.

“Every day, throughout our country, interactions between the police and our citizens result in acts of horrific brutality, extortion, and retribution against the Nigerian people. Too many of the people we have assigned to protect our citizens have shown themselves unworthy of that calling. Their actions betray our trust and wreak unquantifiable damage on the already frayed fabric of our society”, he said.

According to him, the Police’s operations were guided by the notion that they were not answerable to the citizenry not liable for any infractions.

He, therefore, proposed that the House will partner the Nigeria Bar Association, NBA and Civil Society Organisations, to amend the 1999 Constitution to impose strong penalties against police brutality and extra-judicial killings.

“Unfortunately, many of those who have betrayed our trust in this manner, are never answerable for their actions. At the heart of this fundamental failure lies the unavoidable truth that we do not have an independent framework for ensuring that members of the Nigerian Police Force (NPF) are appropriately held to account when they fail to adhere to the policies and laws that govern their operations.
We have long expected the Nigeria Police Force (NPF) to police itself.

“It is now abundantly clear that this was the wrong call. For the benefit of a functioning system of policing in Nigeria, it is now necessary that parliament steps in to introduce an independent, fair and practical approach to ensure that those to whom we grant the authority to act in the name of the State, are held to the highest standards of professional conduct.

“Over the next thirty days, the House of Representatives will work with the Nigeria Bar Association (NBA), with civil society and with Nigerians of good conscience to draft new legislation that establishes a system of independent accountability that holds erring members of the Police Force to account for their conduct in the performance of their duties and imposes civil and criminal liability for violations of the Police Code; and also compels the Nigerian Police Force (NPF) to take responsibility for the failures of training and discipline that leads to such violations.

“The constitution of the Federal Republic of Nigeria in Section 215(5) states that “The question whether any and if so what, directions have been given (to the Police) under this section shall not be inquired into in any court.

“This provision presents a singularly obstinate obstacle to any system of effective judicial review of policing in Nigeria. Therefore, any reforms of the operations of the Nigeria Police Force (NPF) must include a constitutional amendment to expunge this painfully undemocratic clause from our country’s constitution”, he said.

The Speaker, however, acknowledged that reforming the Police, will be tough.

He, however, sought the cooperation of the public to tackle the excesses of the Police.

“Substantive and wholesale reform of policing institutions is never an easy undertaking. From Europe to America, and across Africa, we have seen such efforts begin and falter. Police reforms succeed when such reforms have the support of the citizens who are determined to see the process through to a rewarding end, regardless of whatever obstacles might exist along the way.

“This House of Representatives will act to ensure that those agents of the State to whom we have assigned the duty to protect and serve, are deserving of the faith and respect of the Nigerian people. I ask for the support of all Nigerians as we begin this endeavour. Let us work together to achieve the vision of a nation where the citizens trust the police to always act in the public’s best interest by respecting the rights of citizens and following the due process of law.

God bless you all, and God bless the Federal Republic of Nigeria”.

The House also adopted a Motion, entitled: “The Need To Put a Stop To the Human Rights Abuses by the Special Anti-Robbery Squad (SARS) of the Nigerian Police”, sponsored by House Leader, Rep. Ado Doguwa(APC-Kano) and 250 others.

The House notes “with great concern the persistent outcry by Nigerians over the brutality and human rights violation by the Special Anti-Robbery Squad (SARS) of the Nigerian Police Force”.

The House recalled “the recent death of Ifeoma Abugu who was allegedly raped and murdered in FCT, Kinsley Tariuwa in Port Harcourt, Daniel Ikeaguchi Chibuike in Elelenwo Rivers State, Kolade Johnson & Temiyu Kazeem in Lagos, Sunday Bong in Abuja and Miracle in Nnewi to mention but a few”.

Aware that the Anti-Torture Act, 2017 and the newly signed Police Act prohibits the use of torture, harassment, and intimidation by Security agents.

Deeply worried that despite repeated announcements since 14th August 2018 by Police authorities to reform SARS, the problem of human right abuses and impunity still persist within the Police Force.

The House then, resolved to “demand the Inspector General of Police, to take decisive action to stop the brutality and Human Rights Violation by SARS and report the said actions to the House within three weeks”, the House also asked the “Inspector General of Police; to produce a comprehensive record of disciplinary and(or) Judicial action taken against the officers accused of abuse of power in the past five years and
produce an immediate plan for identifying and compensation for victims”.

The House, set up a Joint Committee of Justice, Human Rights and Police affairs to “oversee the above prayers and Conduct Public Hearing on the Human Rights Violation of Citizens by SARS and submit their report within 6 weeks for further legislative action”.

The Joint Committee is also expected to take “immediate steps to develop Legislative actions to amend existing laws and the constitution of the Federal Republic of Nigeria to excise Section 215(5) and replace it with provisions that ensure judicial review of Police actions is enshrined and protected by the constitution, establish a framework for holding individual members of the Nigeria Police Force (NPF) accountable for their conduct in the course of performance of their lawful duties, including criminal and civil liabilities; and
allow the Nigeria Police Force (NPF) to bear civil liability for failures in their conduct and operational procedures that lead to violations of citizens’ rights”.