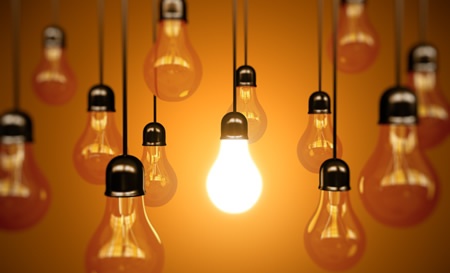 International
June 11, 2020June 11, 2020 Mary 0 Comments
LinkedInFacebookTweetPin
LiveChat will greatly increase the number of your satisfied customers. I've already tried it and I can recommend it as a go-to customer service tool! Sign up today for a free trial!

Last week, I dwelt fully on the concept of the social contract and how most Nigerians misunderstand or misinterpret the concept to be disproportionately rights-based – “one that sees itself more as receiving from, and not giving to the public domain,” a situation Jane Guyer describes as “representation without taxation”, an ingenious reversal of the popular American slogan before the revolution.

I also gave an example of Norway, a country of just five million people but with an average daily oil production of 1.6 million barrels but which has refused to fund its government with oil wealth but rather instituted one of the highest tax regimes in the world to fund its government and ensure citizenship control and government accountability. For instance, despite being an oil producer, a litre of fuel sells for between $1.5 and $2 currently in Norway – one of the highest in the world.

Juxtapose the Norway example with, say Libya, before the fall of Gaddafi. With slightly a higher population than Norway – 6.4 million in 2010, it produces roughly the same quantity of oil as Norway – 1.65 million barrels per day. That is where the similarities ended. In Libya, Gaddafi virtually abolished all taxes, provided petrol and other amenities almost free to its people. In exchange, the government was not accountable to its people. Gaddafi not only personalised power but ran one of the most brutal and repressive regimes in the world that completely denied its people most of the rights other people take for granted.

Worse, like most dictatorships, Gaddafi’s Libya for fear of empowering the opposition, refused to create a private-sector driven economy that will create jobs for the largely educated youth in his country. It was not surprising therefore that at the time of the Arab Spring that swept Gaddafi away, Libya had one of the highest unemployment rates in the world at 30 percent – higher than Nigeria’s 23.9 percent rate at the time.

This is exactly why there cannot be transparency and government accountability in Nigeria. Nigerians do not only place rights before duty but have an unhealthy sense of entitlement that makes government transparency and accountability virtually impossible. In 2012, Nigerians, complete with all the organised labour unions and civil society, thronged to the streets in unprecedented protests and revolt to force the government to restore the subsidy on petrol gulping between $10 and $13 billion yearly – dwarfing the government’s combined spending on education, health and infrastructure.  The cry then was that subsidy was not Nigeria’s problem but corruption.

Sadly, this disingenuous campaign where poor Nigerians were seduced to protest against their true interests, was led by the so-called progressive minds and politicians in the country.

Jonathan – and it is assumed corruption also – was defeated in the 2015 elections but subsidy on petrol has remained and has continued to dominate government expenditure. In 2017 alone, it was estimated the government spent over N1.4 trillion on petrol subsidy. What rational and sensible government could afford to leave millions of its citizens in poor health, ravaged by avoidable diseases such as malaria, yellow and Lassa fever, cholera, typhoid etc and with completely broken down education infrastructure while it continues to spend billions of dollars and trillions of naira yearly to subsidise consumption of petrol by the rich and the middle class?

The reason is not so obvious but rooted in the political system. Most African post-colonial regimes have not made any effort to broaden the social base of state power and had to concentrate on capital cities and urban centres where opposition to their rule is most likely to come from. They impoverish the rural areas to keep the cities happy. They impose price controls on rural farmers to keep foodstuffs cheap in the cities. They provide transportation, petrol, electricity, and foreign exchange subsidies to keep the few middle class and city population happy or calm.

In Nigeria where the riches of the state flows from the ground and not from the people, it is in the interest of politicians to keep the usually loud and restless middle class happy and prevent revolts. That is why despite all statistical indices pointing to the ruinous subsidy regimes, successive Nigerian governments will continue to provide petrol, electricity and foreign exchange subsidies to the few middle class principally to keep them happy and prevent revolt even if it means bankrupting the entire country in that regard.

In fact, the subsidy even extends to pilgrimages to Saudi Arabia and Israel. That is why there are always strikes anytime an increase in fuel pump prices is announced. Not a few keen watchers of political events in Nigeria also believed Goodluck Jonathan’s fate was sealed in January 2012 when he announced the total removal of petrol subsidy.

Current events also lend credence to this theory. Faced with collapsing oil prices and the fallout from the Covid-19 pandemic, the Nigerian government would rather slash healthcare and education budgets than touch the frivolous demands of members of the National Assembly. In the revised 2020 budget, the government slashed the basic healthcare budget from N44.4 billion to N25.5 billion and the budget for the Universal Basic Education (UBE) budget from N111.7 billion to N51.1 billion.

But in a surprise move, it approved N27 billion for the renovation of the National Assembly complex – an amount far higher than what was utilised to build the edifice according to a civil society group tracking government expenditure.

It is abundantly clear from the Nigerian government’s move that the people do not really matter regardless of the rhetoric to the contrary. Those that matter are the critical groups that have the powers to derail the government or the wherewithal to create chaos – and all these are being systematically taken care of even if it is at the detriment of the country’s healthcare and education infrastructure and the long-term viability of the country.