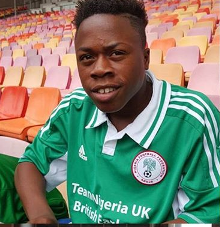 Faustino Anjorin’s Chelsea are surprisingly still in the top three positions in the English Premier League, something no one would have ever imagined after their humiliating 3-0 loss to Europa League hopefuls Sheffield United on matchday 35, allnigeriasoccer.com reports.

Assuming Leicester City and Manchester United won their games against Bournemouth and Southampton respectively as previously expected, the Blues would have found themselves in fifth position and their Champions League destiny no longer in their hands, given that Manchester City have been cleared to feature in the competition next season.

Two strikers of Nigerian descent who refused to play for the Super Eagles in the shape of Bournemouth’s Dominic Solanke and Southampton’s Michael Obafemi did their former clubs Chelsea a massive favour by playing key roles in the wins earned by their respective sides.

Solanke, who has a Nigerian dad, spent thirteen years at Stamford Bridge before moving onto pastures new in the summer of 2017, first joining Liverpool before moving to the Vitality Stadium in 2019.

The 22-year-old, who has one cap for the Three Lions, scored the game-wining goal in the Cherries shock win vs Leicester on Sunday.

The following day, Obafemi, a striker who became cap-tied to Republic of Ireland about two years ago, broke Manchester United’s hearts when he came off the bench to score in the 96th minute, salvaging a draw for Southampton in the process.

The Golden Boy nominee was a schoolboy at Chelsea and Arsenal before joining Southampton, where he rose through the ranks before making his professional debut.

There were assurances from Obafemi’s parents that he wanted to play for Nigeria, only for him to pledge his allegiance to the Boys In Green despite his visit to Nigeria, where he played a friendly against the Golden Eaglets in 2015.

In all likelihood, the race for the Champions League spots will go down to the wire after the heroics of Solanke and Obafemi, with only five points separating Chelsea and Wolverhampton Wanderers, who are sixth in the table. 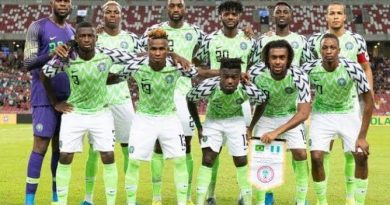